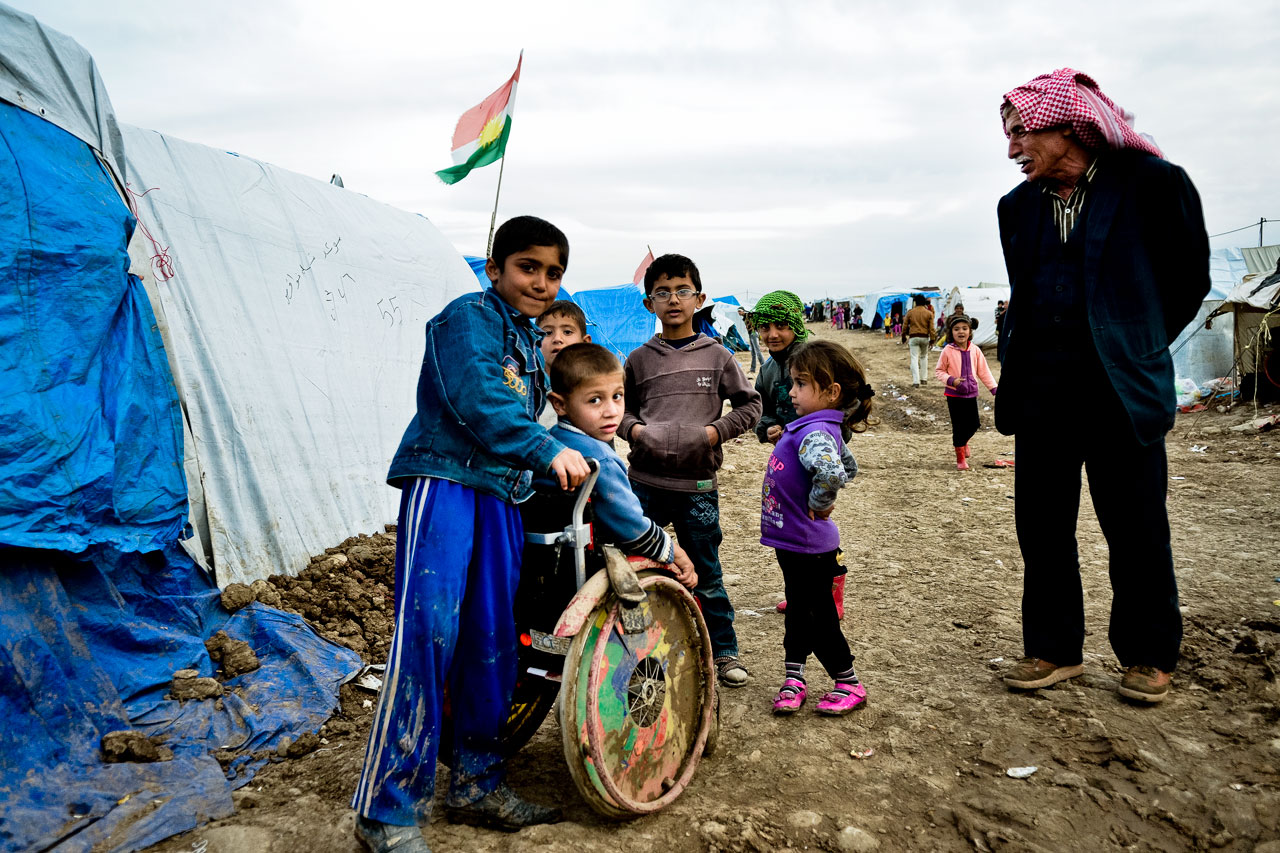 The registered number of refugees gathering at the Domeez camp, near the city of Dohuk in the Kurdish region of Iraq, is increasing daily. While 700 to 1,000 newcomers are registering every day the services provided in the camp remain insufficient to cope with mounting needs.

Image Caption
Domeez camp was originally designed for 1,000 families. 35,000 people are currently living here and between 700 and a 1,000 new refugees arrrive every day. In the sole clinic at the camp, the MSF team perform on average 2,500 consultations each week. Iraq 2013 © Pierre-Yves Bernard/MSF

Every day up to 1000 people cross the border between Syria and the Kurdish region of Iraq. People travel hours across rocky roads to escape from Syria.

“We left because of war,” says a woman. “We came from Qamishli. The city is completely besieged, there’s no fuel for heaters, no water, no electricity.

The trip was really difficult and long because we went through the mountains. I have five very young children and they all had to walk. We had to go through much suffering to get here but thank God we arrived.”

Today, the lack of shelter for newcomers is critical. Most of the newly arrived refugees must share tents, blankets, mattresses and even their food with other families.

Present in the only clinic in the camp, MSF provides an average of 3,500 consultations per week and has doubled the number of human resources working on the project. The pathologies observed in our consultations are mainly related to poor living conditions aggravated by the bitter winter that hit the region earlier this year.

"In our consultations half of the patients we see suffer from respiratory infections says Emilie Khaled MSF field coordinator.

"Overcrowding, with more than ten people sharing the same tent, contributes to the spread of diseases.

Today, with milder temperatures and very poor water and sanitation system we are seeing an increase in diarrhoea cases. Urgent solutions must be found to improve people’s living conditions in the camp.”

To respond to the influx of people into the camp, MSF has reinforced its teams bringing to 60 the total number of international and national staff employed by the organization.

To date, MSF medical teams have provided more than 64,800 consultations and are planning to vaccinate against measles 31,000 people between the ages of six months and 30 years.

More than a million people have fled the civil war in Syria to neighbouring countries. Among them, many have decided to flee to Iraq. According to UNHCR, as of end of March 2013, the Kurdish Region Government (KRG) hosts over 125.000 Syrian refugees.