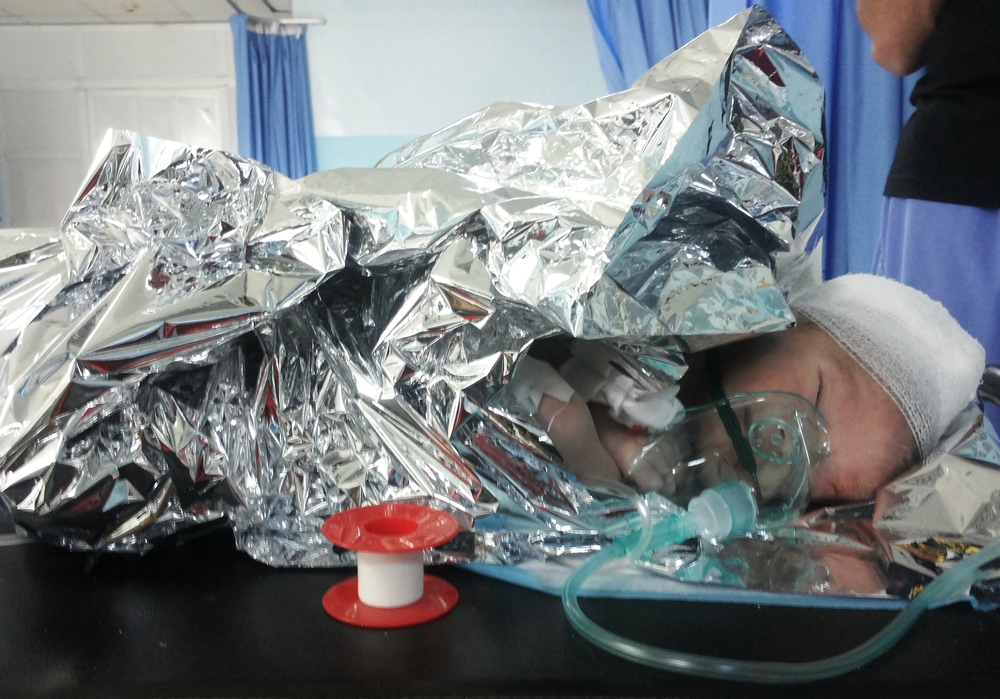 More than 65 war-wounded Syrians arrived at Al-Ramtha hospital in northern Jordan in the past two weeks, marking a significant spike in the number of cases seen by Médecins Sans Frontières/Doctors Without Borders (MSF).

Over just three days in the last week of June, the hospital's Emergency Room received 34 Syrian wounded, some of whom were stabilised by MSF medical teams and referred to other hospitals.

The rest continue to receive surgical and rehabilitative treatment in the facility, where MSF works in close collaboration with the Jordanian Ministry of Health to provide quality medical care to Syrian patients, less than five kilometers from the Syrian border.

MSF and many other organisations have been calling repeatedly for an end to the bombing of populated areas inside Syria. These calls have had no impact.

Patients of all ages continue to arrive at the MSF facility in large numbers with injuries that they said were caused by barrel bombs dropped by helicopters on residential areas and health structures in south Syria.

One recent patient who arrived at the MSF facility in northern Jordan was Majed, a 27-day old new-born with a head injury caused by shrapnel from an explosive barrel bomb.

“At 9:00am, a barrel bomb hit our house in Tafas, I was not around at that time. I have to work to feed and take care of my family. When I heard the news, I dropped what I was doing and I ran to the house as fast as I could”, Majed’s father, Murad, said. 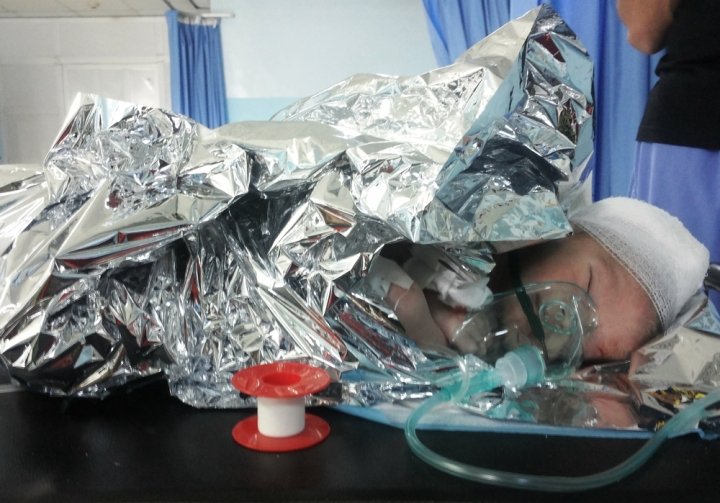 MSF
Majed, a 27-day old boy, arrived at MSF's surgical project in Ramtha with a head injury due to a barrel bomb explosion.

Travelling to Jordan for treatment

“I found my wife and mother both injured but their injuries did not look too severe, then I saw my little boy. He was quiet and his head seemed to be injured, I took him to the field hospital in Tafas.

"They tried to help him but couldn’t, since the appropriate equipment is not available in Syria. He needed to go to Jordan for treatment.

"It took us one and a half hours from the time of injury till we arrived at the border, and some more before arriving in Ramtha.  Now, all I want is for my baby to be better and go back to Syria”, he added.

There have been reports on health facilities coming under attack in Dara’a governorate in the past two weeks, which led an increasing number of Syrian patients to take the risk and endure long trips to cross the Jordanian border, seeking access to medical care that has become extremely difficult to receive in their home country.

“Significant proportion of patients we receive have suffered head injuries and other multiple injuries that cannot be treated inside southern Syria as CT-scans and other treatment options are limited”, said Dr. Muhammad Shoaib, Medical Coordinator of MSF in Jordan.

At present, many hospitals inside Syria struggle to deal with highly complex injuries.

They lack the manpower and medical expertise, or lack the necessary equipment due to damage or destruction, depriving much-needed medical care to Syrian patients and contributing to the overall deterioration of healthcare.

Since the Syrian conflict began, over four million Syrians have sought refuge in neighbouring countries, including Jordan. MSF has been present in Jordan since August 2006 with a reconstructive surgery program located in Amman.

Since 2013, MSF has been working to support refugees and patients through Al Ramtha emergency trauma surgical programme, as well as a mother and child hospital, and two non-communicable disease projects in Irbid to support Syrians refugees and vulnerable Jordanians in host communities.