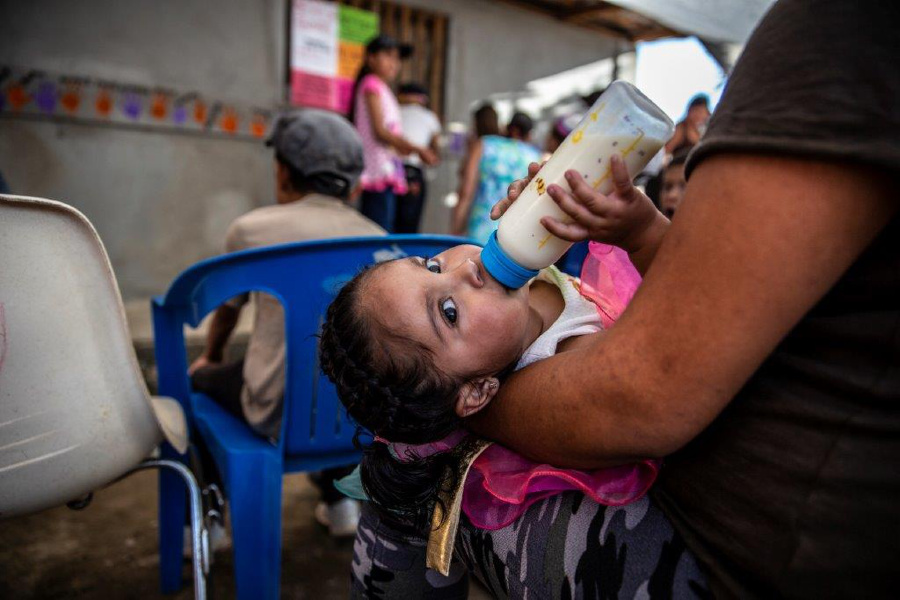 Mexico: A new life in Guerrero

The baby, five months old and eight and a half kilos, plump and placid, suckles while the Médecins Sans Frontières (MSF) team chats with Juana*. Juana is an old acquaintance of the MSF teams, who have already conducted several visits to her community. They operate in the towns of Guerrero that are most affected by violence - whether clashes between armed groups or shootings in the streets - to provide medical care to isolated populations.

Juana and her baby are special: this is the second delivery ever attended by the teams. Juana had been having prenatal check-ups with MSF, who visit her community once a month. At her last check-up, MSF teams explained to Juana that the best place for delivery care was the nearest hospital - 90 kilometres away, or about three hours on mostly dirt tracks - and all the documents for her referral to the hospital doctor were already completed.

One night last October, coinciding with MSF’s visit to the community, Juana began to feel contractions. “It started at about twelve o’clock at night. At first the pains were not very strong but, little by little, I felt the pain getting stronger. We started preparing the documents to go to the hospital, as well as my health insurance card, sheets and some clothes for the baby. My uncle started looking at how we could rent a van, because ambulances do not reach here. While we were getting ready, the pains were getting stronger, so at 3 o’clock in the morning we decided to go down to the health centre where the MSF team were sleeping, because I knew that they would not ask me for money or any paperwork. We knocked on the door and the doctor opened it. They examined me and told me that I was dilated by 7 cm, and that it was too late to go to the hospital. If I tried to go to the hospital, I would probably have the baby on the way. At that point, the doctor decided to assist with the delivery in the health centre. It was all very fast, and within an hour the baby was born. The nurse helped me a lot after the birth and gave me a drip. The next morning, the doctors were set to leave at midday, but they waited until four in the afternoon to discharge me until I was experiencing no more pain”, explains Juana, looking at the baby. She says that having her husband, mother and her sister close-by after the birth was crucial. Mother and daughter are doing very well. 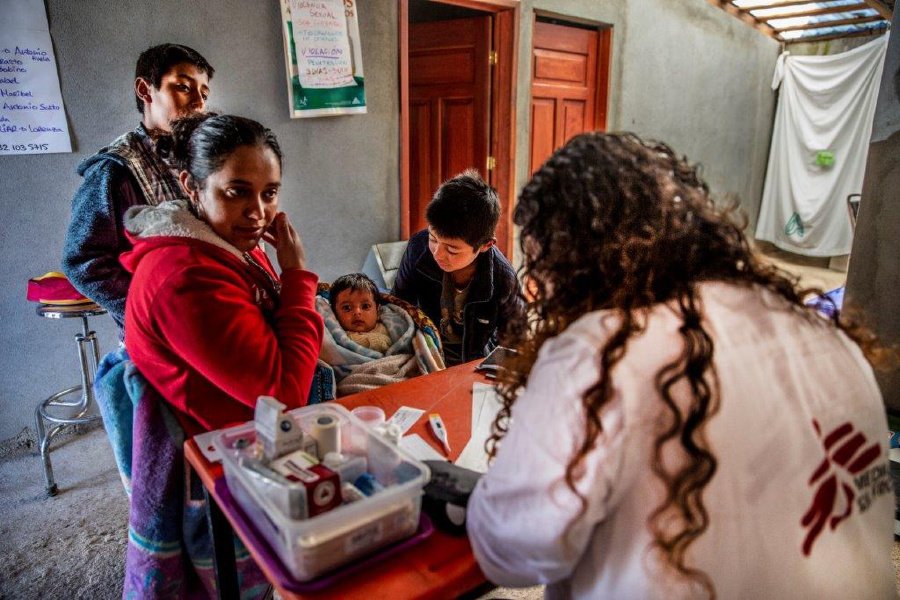 Juana works by weaving palm leaves. Her husband works in the fields, like many others in their community. The last bout of violence, which resulted in several deaths, occurred a couple of months ago and although the inhabitants can now reach the municipal capital, they find it too dangerous to move to other, neighbouring communities to access healthcare. For years, the community has not had any doctors and only one nurse must attend to a community of around 2,400 people.

“I hope that the MSF doctors keep coming here and that they continue to take care of us, because we do not have money to go elsewhere. We have limited resources, and going to the hospital is very expensive. Also, if you do not have family there, there is nowhere to stay. I’m very grateful to Médecins Sans Frontières for helping me”, concludes Juana.

MSF has offered medical, psychological and humanitarian assistance through mobile clinics to 26 communities in the State of Guerrero in 2018.

*Names have been changed or omitted to ensure the safety of the individual and community referenced in this piece.