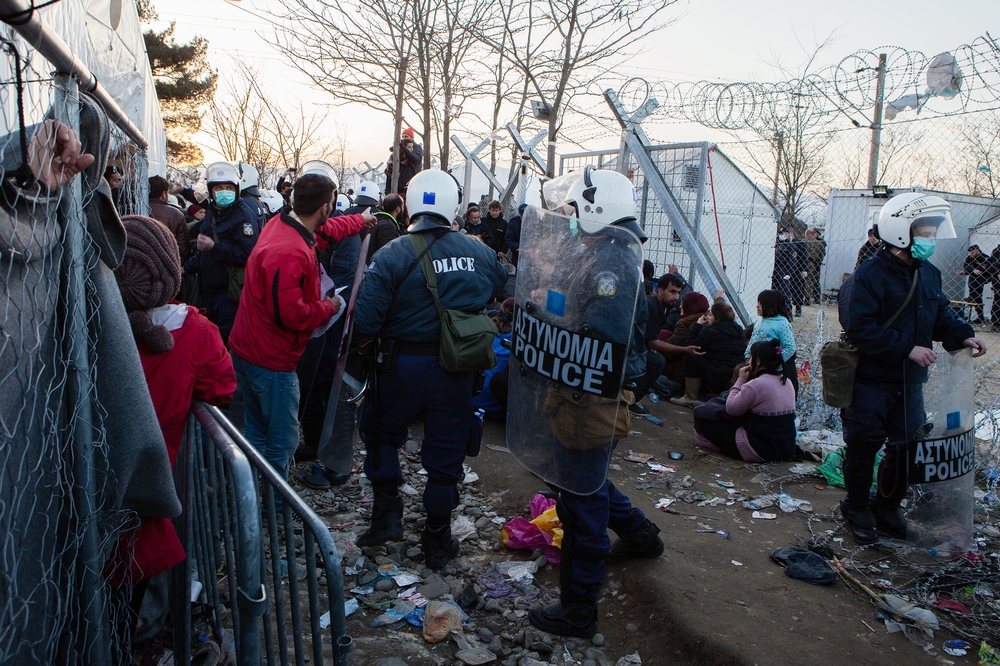 Migration: Sharp increase in violence in the Balkans

On 9th March 2016, European leaders announced that the so-called "Balkan route" was closed after Croatia, FYROM and Slovenia completely shut their borders to people trying to pass through to seek asylum in northern Europe. For thousands of people fleeing, this route represented one of the few ways to reach safety and protection in Europe.

Through their medical and mental health work, MSF teams in the region have seen an increase in the level of violence against migrants since the route was "closed".

Despite claims by some European leaders that the problem of the Balkan route had been solved by border closures, the dramatic humanitarian situation in the Balkans is still far from over. Today, hundreds of vulnerable people are still stranded in Serbia, FYROM and Bulgaria, trying to reach their final destinations through dangerous routes in the hands of smugglers or stuck in transit areas at the Serbia/Hungary border.

MSF teams in Serbia have observed a worsening humanitarian and medical situation directly linked to the restrictions at the borders for thousands of migrants and asylum seekers.

“In the last months, an increasing number of our patients reported cases of violence and abuse and showed physical trauma directly associated with violence. Many of these cases were allegedly perpetrated by Hungarian authorities” said Simon Burroughs, MSF’s Head of Mission in Serbia. “We strongly condemn the use of excessive force and we urge the Hungarian authorities to take the necessary actions for these practices to stop”.

In recent months, the possibility to apply for asylum in the EU through Hungary has been drastically reduced. It reached a new low in early July with a new policy that extends border controls to an eight-kilometre area inside Hungary, effectively allowing push-backs of people to Serbia. Dozens of families are stuck with the dilemma of waiting in appalling conditions or being exposed to further violence and abuse along dangerous smuggling routes.

Since April, out of 510 mental health consultations, MSF teams have cared for 188 survivors of traumatic life events such as violent treatment and torture, incarceration, kidnapping, sexual violence conducted by smugglers, police or inside the community. The proportion of consultations offered by MSF for such trauma has more than doubled since March with an average of 1 in 10 between April and June.

This is a major increase compared to the beginning of the year when the Balkan-crossing was less hindered by border restrictions.

Of these people - that include women and children - 65% report that they were subjected to physical trauma by people wearing uniforms in Hungarian territory and 35% report this violence came from other sources (robbery, smugglers, other migrants).

A worrying situation in the transit areas

“We are extremely worried that the new measures recently adopted by Hungarian authorities will lead to increased violence against migrants, who are increasingly treated like criminals,” added Burroughs.

These restrictions have also created a particularly worrying situation in the transit areas at the border between Serbia and Hungary where MSF is running several mobile clinics providing medical care, psychological support and basic sanitation services.

“Conditions here are unfit for human beings. Families are living in inappropriate tents, with no shower, clean water and with no access to basic services” continued Burroughs. “Although we have been calling for months on Serbian authorities for an improvement in these conditions, very little has changed: people are desperate, and this situation is having a direct impact on their physical and mental health.”

“MSF has seen a steady and significant increase in conditions that reflect the psychological impact of restrictive border regimes; this includes depression, post-traumatic stress disorder and anxiety.”

The number of MSF patients diagnosed with depression increased to almost one in three (31.2%) after March, compared to 26.7% in October 2015. The proportion of people with post-traumatic stress disorder (PTSD) also increased in the same period (14% to 15.9%) as well as anxiety (3.8% to 6.6%). The increases in such pathologies happened simultaneously with the introduction of restrictive border policies in March.

MSF has also continued to treat an increasing number of people for pathologies directly associated with their living conditions. More than half of MSF consultations are to treat coughs and colds (Upper Respiratory Tract Infections), stomach complaints (gastro-intestinal diseases) and skin diseases.”

EU policies have stemmed the flow of people looking for protection in Europe through the Balkans, yet thousands of people have been abandoned out of sight, much more exposed to violence, destitution and despair. Not only are European and Western Balkans governments failing to respond to the needs of thousands, but they are also promoting policies that have detrimental consequences on the wellbeing of already vulnerable people.

"Once again we urge European leaders to provide safe and legal alternatives to those seeking protection”, concluded Burroughs. "Restrictive policies at the Serbia/Hungarian border must be reviewed and conditions for the people in transit must be improved."

Find out more on MSF's response to the refugee crisis