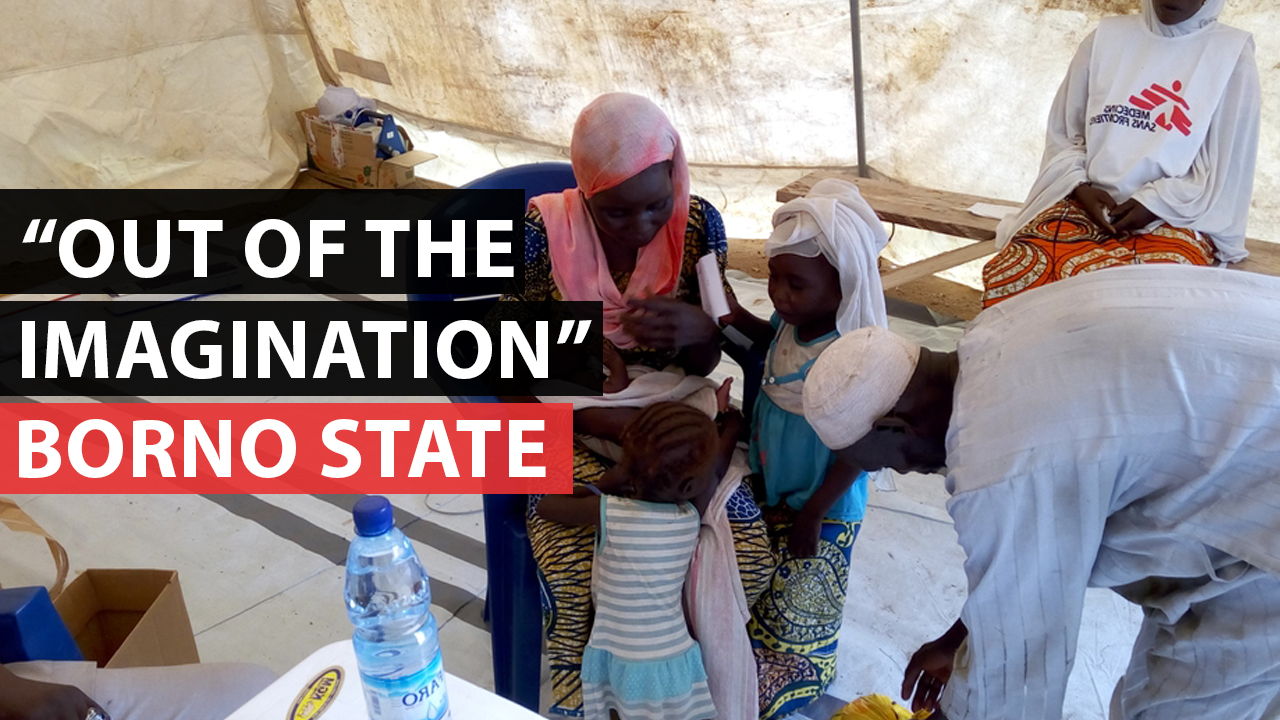 This Month in Focus looks at Médecins Sans Frontières (MSF) work with the humanitarian crisis in northeast Nigeria, a hospital attack in Yemen, unaccompanied minors in France, gardening in Greece and simplfying treatment of HIV /AIDS

Nigeria – a population with nothing

In view of the health emergency in northeast Nigeria, MSF teams are scaling up their operations. But, as Borno State continues to be plagued by violence, it is a massive task to deliver aid.
Displaced woman in Bama (local language)We’ve been queuing for 3 days now. There’s no water, that’s what’s worrying us. There’s no food either. We’re all hungry, we have no shelter, and no clothes. That's what we need.

Yemen – yet another attack on an MSF hospital

On 15th August, an airstrike partially destroyed a hospital supported by MSF in Abs in north Yemen. The attack carried out by the Saudi-led coalition killed at least 19 people and wounded 24 others.

The hospital in Abs has provided treatment to over 4,500 patients during the past twelve months. It was a large facility with maternity, emergency and surgical units.

On 15th August, it became the fourth MSF-supported facility to be attacked in one year.

Around 9,000 refugees have found shelter in the so-called Calais Jungle. Increasing numbers of them are unaccompanied minors.600 unprotected children live alone among adults. Every afternoon, in one of the containers at MSF’s youth centre in the Calais Jungle, Livia explains to young refugees what their options and rights are.

The Jungleye project runs photography workshops to give refugees the opportunity to document their daily lives in pictures. MSF has participated in the initiative in the camp in Katsikas in northern Greece.

Nigeria – "It is something out of the imagination"

Siry Ibrahim is back from Nigeria. He has been a project coordinator in Borno State since November 2015. Before you go to mission, before you accept it, normally you do your research, you have some briefings, you gather some information, you talk to people you know, just to prepare yourself a little bit. But in Nigeria what is hard to grasp is actually the severity of the situation.