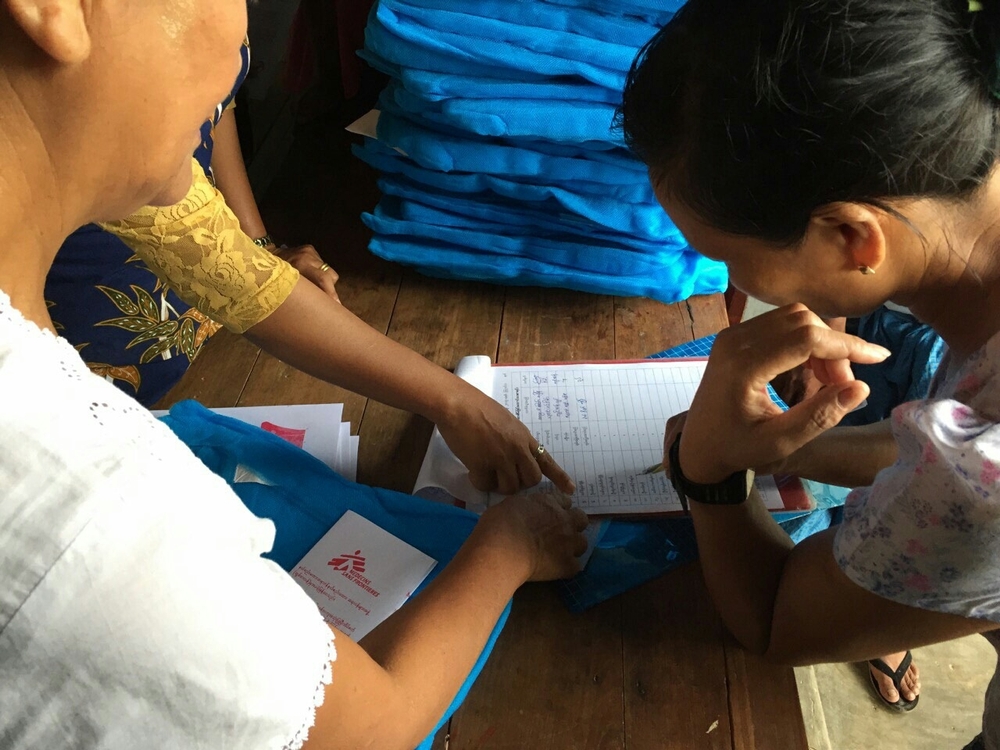 Two weeks after severe flooding affected an estimated one million people across Myanmar, Médecins Sans Frontières (MSF) is expanding its support to the government’s response in both Rakhine State and Sagaing Region.

This will both help meet the immediate needs of those directly affected by flooding, and mitigate the elevated risk facing communities from water- and mosquito-borne infectious diseases, including malaria, diarrhoea, and dengue fever.

Dengue fever is endemic to Rakhine state and Sagaing region, where thousands of people are currently living in makeshift camps in schools, monasteries and churches following the flooding. According to the Ministry of Health, between January and July a dengue outbreak already infected 16,000 people nationwide.

“We will focus on helping treat the disease as well as training Ministry of Health staff and volunteers on how to fumigate potential breeding sites and to spread messages to communities about dengue prevention.”

In Kalay, the most impacted township in Sagaing, over 80 percent of rural areas are affected by flooding and around 22,000 people displaced. In the coming days, MSF will donate 13,000 mosquito nets to help prevent any potential outbreak there, as well as 600 rapid diagnostic tests able to detect dengue in twenty minutes.

In Rakhine State, MSF has complemented its immediate flood response with surveillance for infectious diseases, particularly dengue, and is ready to respond to an outbreak if required.

In Maungdaw Township MSF teams are actively seeking and treating patients with diarrhoea, and training local health workers to do the same. In Buithidaung Township, which remains very difficult to access, MSF is also ready to assist in case of outbreak.

MSF
A dengue fever outbreak that has affected an estimated 16,000 people nationwide since January, will be a significant focus of MSF activities during the flood response in Sagaing region.

MSF will also begin supporting the Ministry of Health’s general medical activities in Kalay, where many displaced people are suffering from respiratory infections, skin problems, and influenza. MSF will also donate materials to build additional latrines.

In addition, a mobile medical team will be sent to Tamu Township, north of Kalay, which is also badly affected by flooding and largely inaccessible.

MSF has worked in Myanmar since 1992 and currently has medical projects in Rakhine, Shan and Kachin states, the Thanintharyi region, and in Yangon. MSF offers services including basic healthcare, reproductive care, emergency referrals, and malaria treatment. Since 2004, MSF has treated more than 1.2 million people across Rakhine State for malaria.

MSF is also one of the largest providers of HIV/AIDS care in Myanmar, currently treating over 35,000 HIV patients nationwide, as well as close to 1,500 HIV patients for co-infection with TB and drug-resistant TB. MSF is also experienced in disaster response, and provided assistance to 460,000 people follow Cyclone Nargis in 2008.