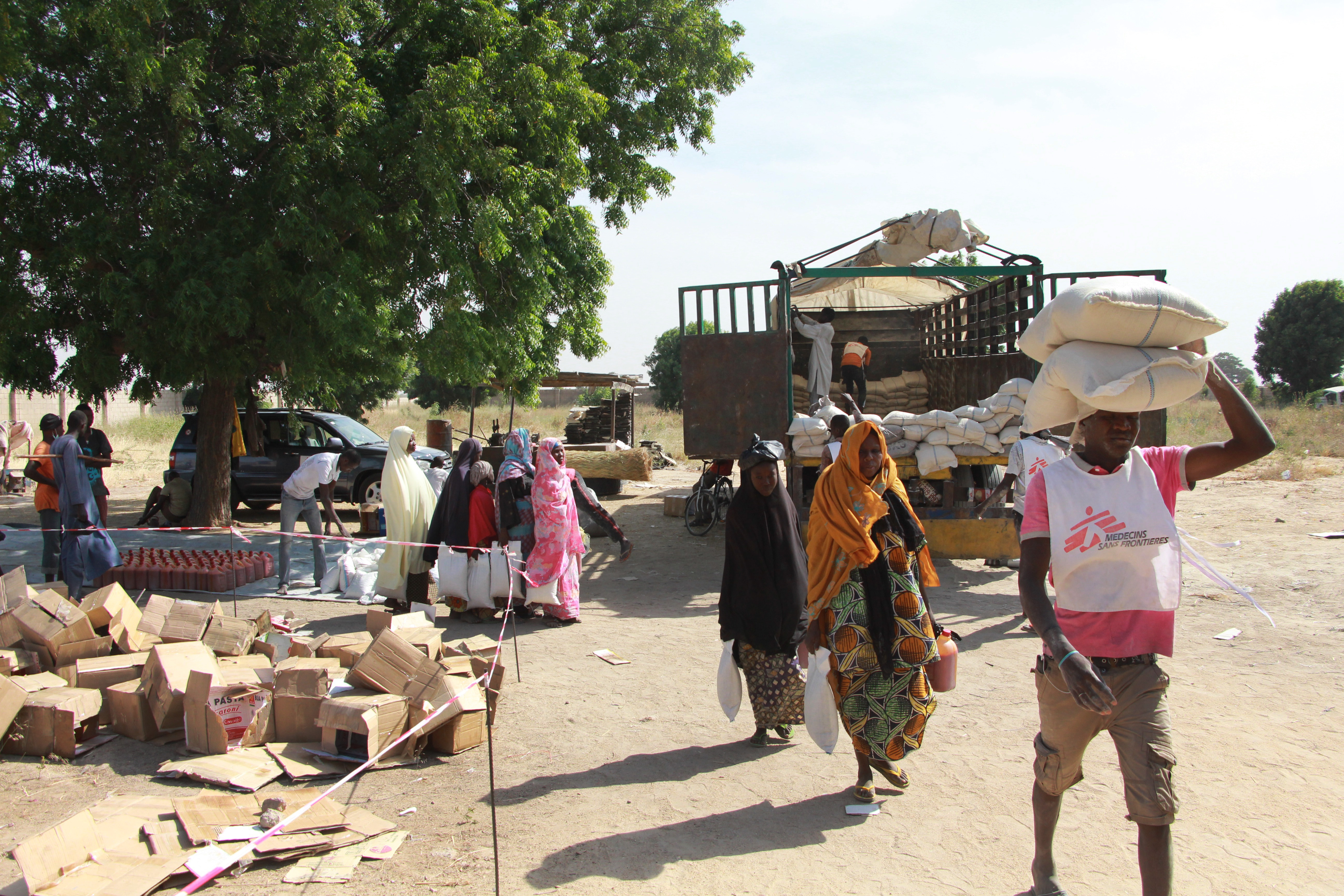 Over the past three months, MSF has distributed 810 tonnes of food in Maiduguri, northeastern Nigeria, which is enough to feed 26,000 families for two weeks.

“As a medical organisation, it’s not usually MSF’s role to provide people with food,” says Phillippe Le Vaillant, MSF head of mission. “But there are people in desperate need. Other organisations were not stepping in up until now, so MSF was obliged to fill this gap.”

Around one million people who fled violence and insecurity in Borno state, related to the ongoing conflict between armed groups and the Nigerian armed forces, are now living in Maiduguri, the largest city in northeastern Nigeria.

Despite an increase in humanitarian assistance in recent months, thousands of people in the city are still in need of food, water and medical care.  The most vulnerable are often people living in informal camps. These camps are not recognised by the authorities, so people receive little to no assistance, even though thousands live in them.

“Many people came to Maiduguri with nothing but the clothes on their backs,” says Phillippe Le Vaillant, MSF head of mission. “They have almost no way to make money, the cost of food has more than doubled in 12 months, and years of violence and insecurity have pushed to the limit their ability to cope.”

As well as running two large health facilities and two inpatient therapeutic feeding centres (ITFC) for severely malnourished children, MSF is trucking 80,000 to 100,000 litres of water into Maiduguri every day.

This is an emergency measure to give people water to drink before a longer term solution can be put in place. MSF is also constructing new latrines, dislodging existing latrines and rehabilitating boreholes in camps in the centre of Maiduguri town. 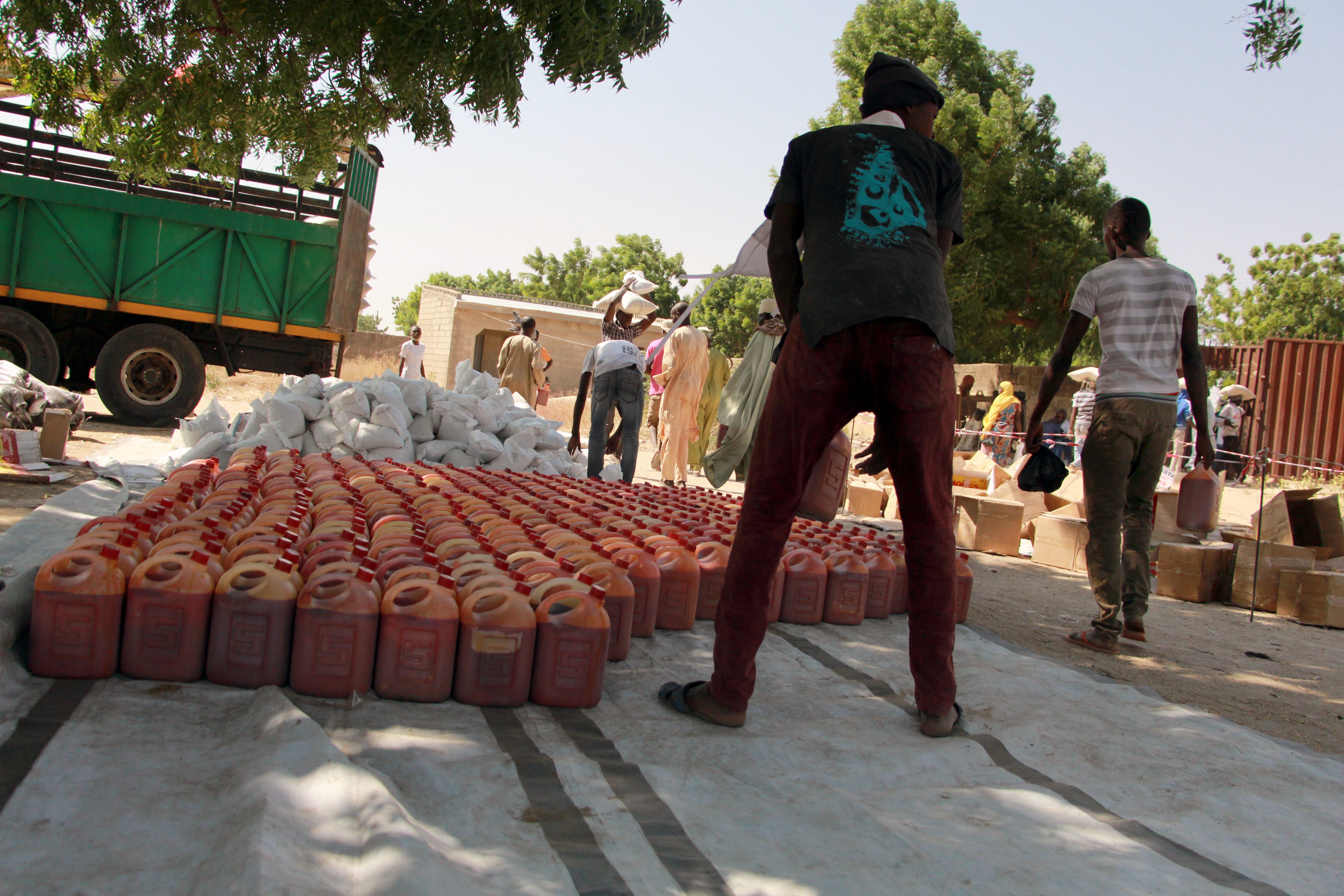 The need for food assistance is likely to increase even further from March, when stores from this year’s low-yielding harvest run out, marking the start of the annual lean season. As well as easing hunger, adequate nutrition gives people the best chance of fighting infections such as malaria and diarrhoea, which are more prevalent during the rainy season, which begins in June.

"There is a lethal interplay between the lean and rainy seasons. Just as people’s immunity falls in line with the decrease in nutrients from their diet, the number of infections rises. This is particularly difficult for children and can leave them very vulnerable to developing severe malnutrition with complications."
Dr javed baba alimsf doctor 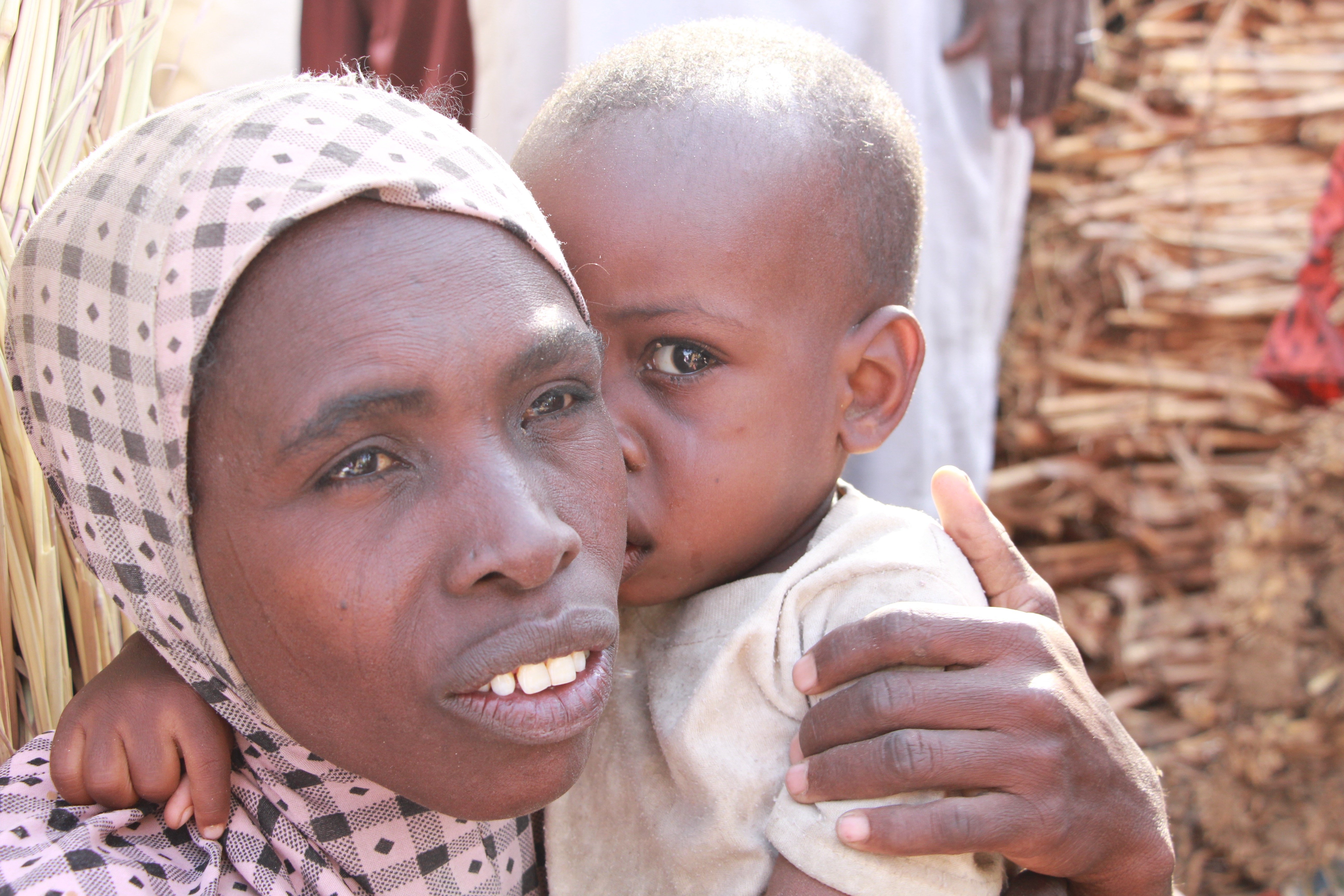 From June until October this year, this vicious cycle had deadly consequences for hundreds of MSF’s patients in Maiduguri alone. In August, 75 out of 369 children admitted to MSF’s ITFC died. In November, as the rainy season subsided and patients’ medical conditions became less complicated, 21 out of 250 children admitted to the ITFC died.

“During the summer, we were overwhelmed by the number of malnourished children with severe complications who needed treatment,” says Dr Javed.

"Even though seasonal factors have now brought some respite, it does not mean that the emergency is over. Without a significant scale-up from national and international aid organisations, the situation could be even worse next year as millions remain displaced by the conflict."

Across Borno state, MSF is running 11 permanent health facilities, while its medical teams make regular visits to five more health facilities. MSF is deeply concerned for the hundreds of thousands of people would could be living in areas of the state where aid agencies have not been granted access, who may not have food, water or medical care.