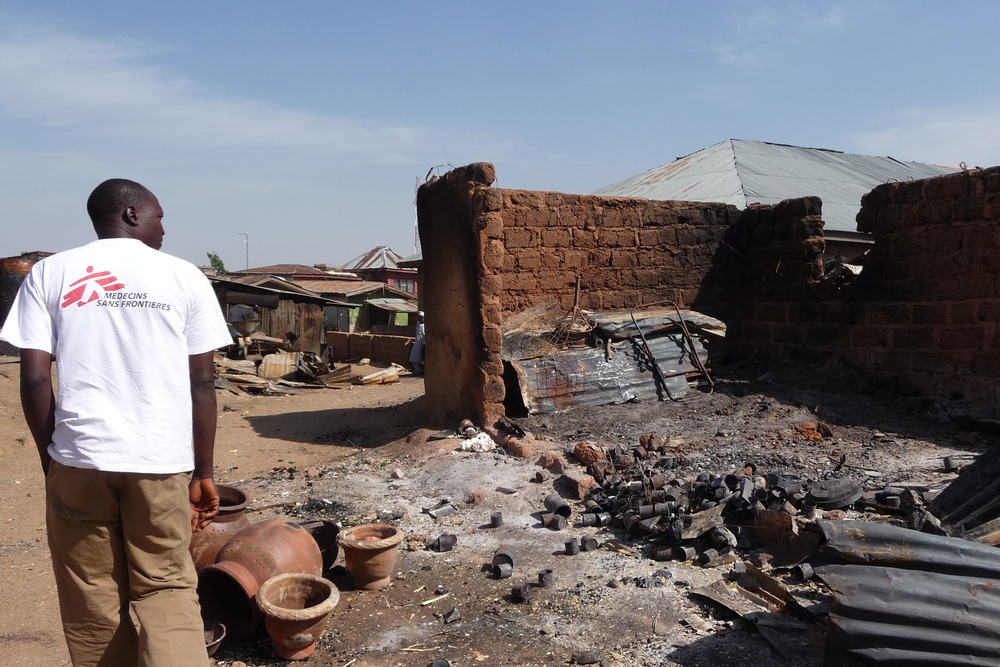 In the wake of a major attack carried out by the Islamist militant group Boko Haram on the town of Baga, in northern Nigeria, an Médecins Sans Frontières  (MSF) team is assisting survivors who have fled to the city of Maiduguri.

A large number of people are believed to have been killed in the attack – the deadliest by Boko Haram for five years – while thousands more have been displaced from their homes in Baga, in the north of Borno state.

Twenty wounded survivors are being treated in Maiduguri hospital by Ministry of Health teams.

Some 5,000 survivors of the attack on Baga are staying in a camp in Maiduguri known as ‘Teacher village’, while others have settled on the shores of Lake Chad.

Having assessed the most urgent needs, MSF has donated food, drugs and medical supplies to the health centre in ‘Teacher village’, which was running short of supplies.

The MSF team will also support the camp’s health centre, with a focus on the health of pregnant women and children, who are particularly vulnerable.

“We will provide support in the areas of child malnutrition, antenatal consultations and deliveries for the many pregnant women in the camp, as well as providing basic healthcare,” says Isabelle Mouniaman-Nara, head of MSF’s programmes in Nigeria.

“At the same time, we will closely monitor the situation in the camp and the numbers of displaced people, and adapt our activities according to their needs.”

A number of survivors of the attack are believed to still be in the Baga area, hiding in the bush. Authorities have sent a bus to the area to help transport survivors to Maiduguri, which is a couple of hours away by road.

“Because of the volatile situation in Baga, MSF teams are currently unable to reach the area to assess people’s medical and humanitarian needs,” says Mouniaman-Nara. “For now, we will continue to respond to the needs of the displaced people in Maiduguri.

”Maidaguri is also tense after a suicide bomb attack on the city’s market on 10th January, which killed 20 people.

MSF, which has been working in Nigeria since 2004, has had a permanent base in Maiduguri, the main city in Borno state, since August 2014.

At that time, the team also donated drugs and medical equipment to Baga hospital before being forced to evacuate the area due to insecurity.