Nigeria: Prevention is key to stop children from dying of lead poisoning

February 7th, 2022- Médecins Sans Frontières/Doctors Without Borders (MSF) has handed over its lead poisoning project in Zamfara, northern Nigeria, to state authorities.  Children are no longer dying of lead poisoning in the area, more than 11 years after environmental contamination caused the death of hundreds of children. 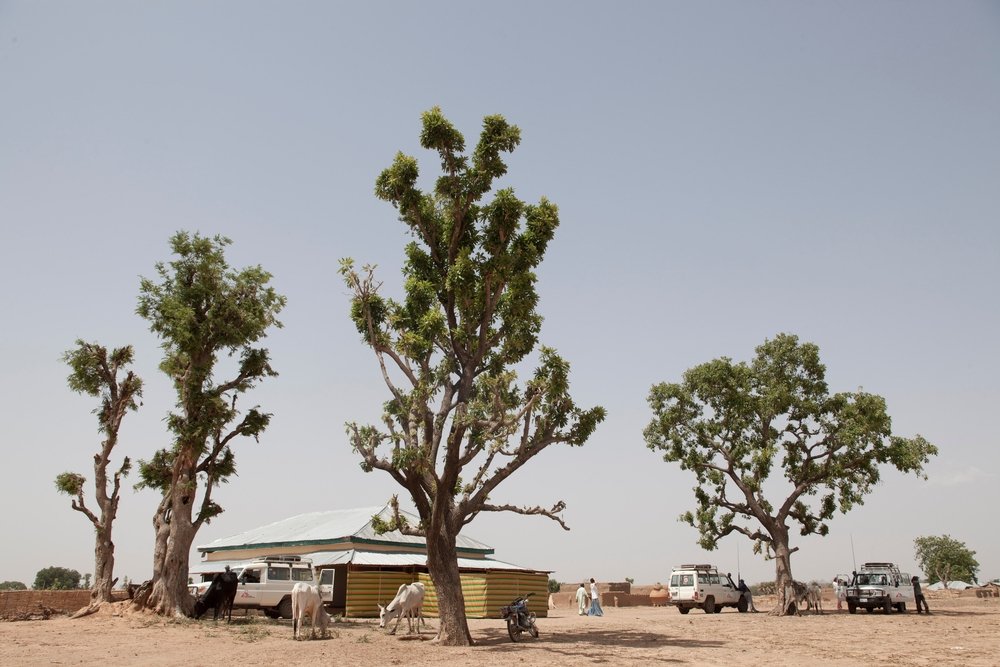 In March 2010, MSF received an alert about a high number of child fatalities in Nigeria’s Zamfara state, where more than 400 children died within just six months in several villages.

"When MSF arrived, we were suffering a lot,” remembers Alhaji Muhammadu Bello, head of Dareta village.

“In my village, 120 children died. Six or seven were dying every day.”

“In my village, 120 children died. Six or seven were dying every day.” 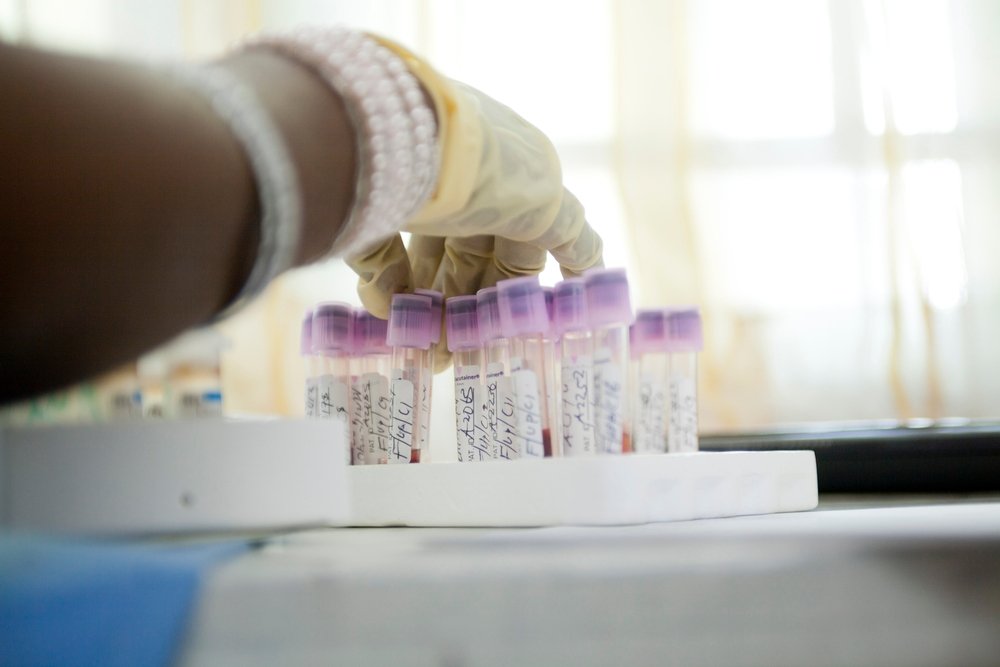 Olga Overbeek
A lab technician in the MSF Lab in Anka, where they measure the lead levels in the blood. (April, 2012),

Laboratory tests later confirmed high levels of lead in the blood of survivors.

The root cause of the poisoning was environmental contamination through unsafe, artisanal mining activities in the area, where gold deposits contain an unusually high concentration of lead.

Lead can cause severe brain damage and death in children.

“Artisanal mining had been going on for a decade in this area." 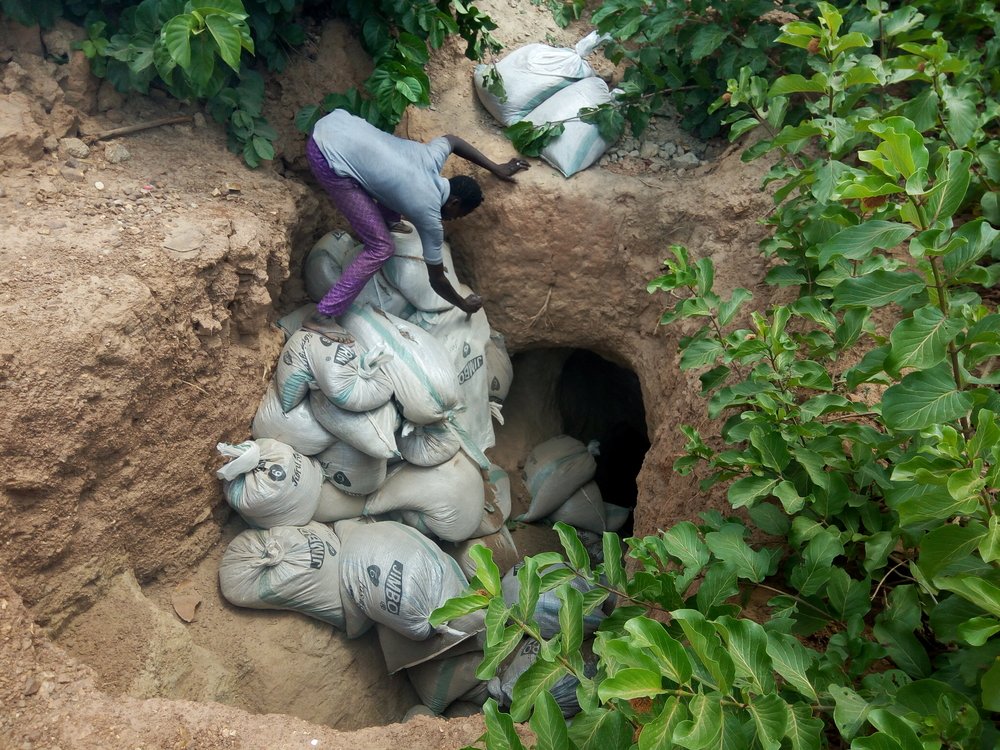 "People transformed the villages into processing sites and contaminated the environment for many years."

Before MSF could start treating patients, the contaminated areas needed to be remediated so that children would not be continually re-exposed to toxins. 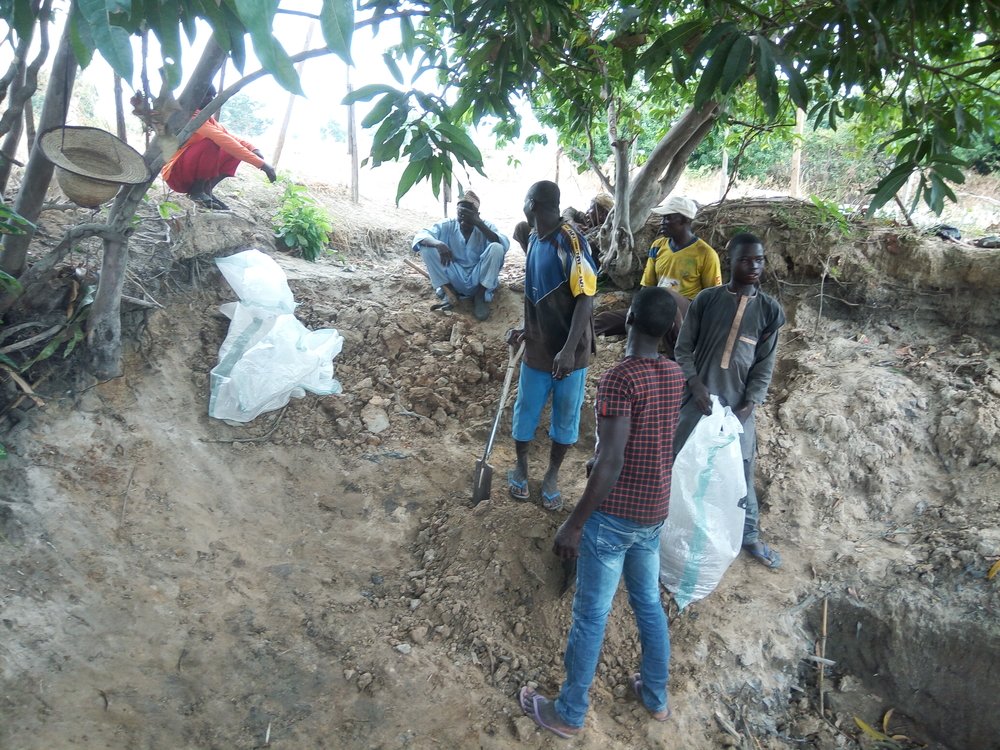 In partnership with the community, eight villages in Anka and Bukkuyum local government areas were remediated, by removing contaminated soils and mineral processing waste from residential areas, wells and ponds. 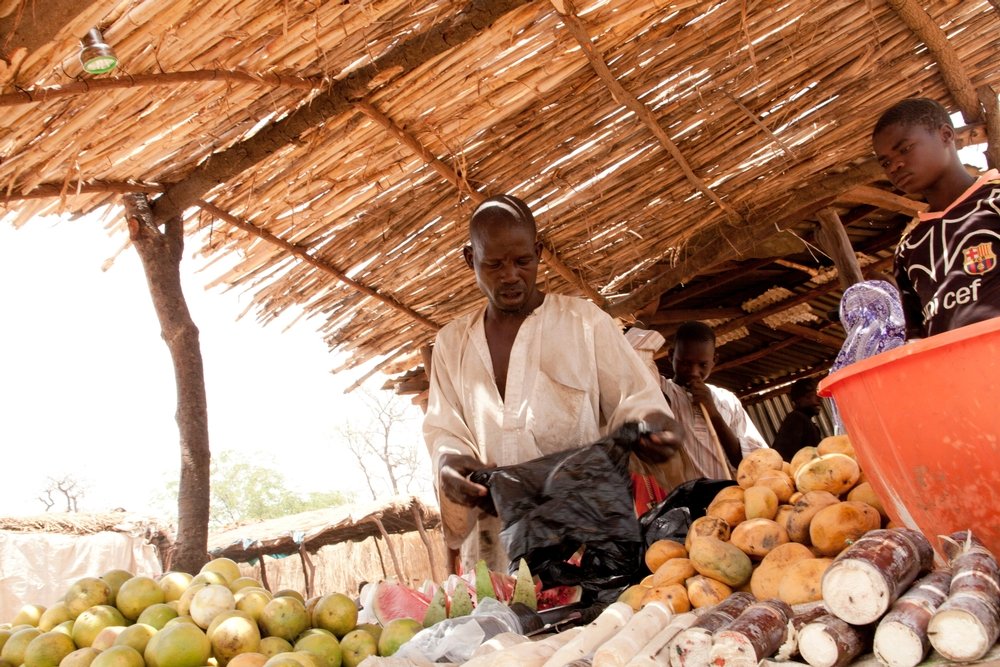 More than 80 per cent of them were enrolled in a medical lead program, including 3,549 children who received lengthy chelation therapy to remove lead from their blood.

Five years after the outbreak in Zamfara, another lead poisoning outbreak was discovered in two villages in Nigeria’s Niger state in April 2015. 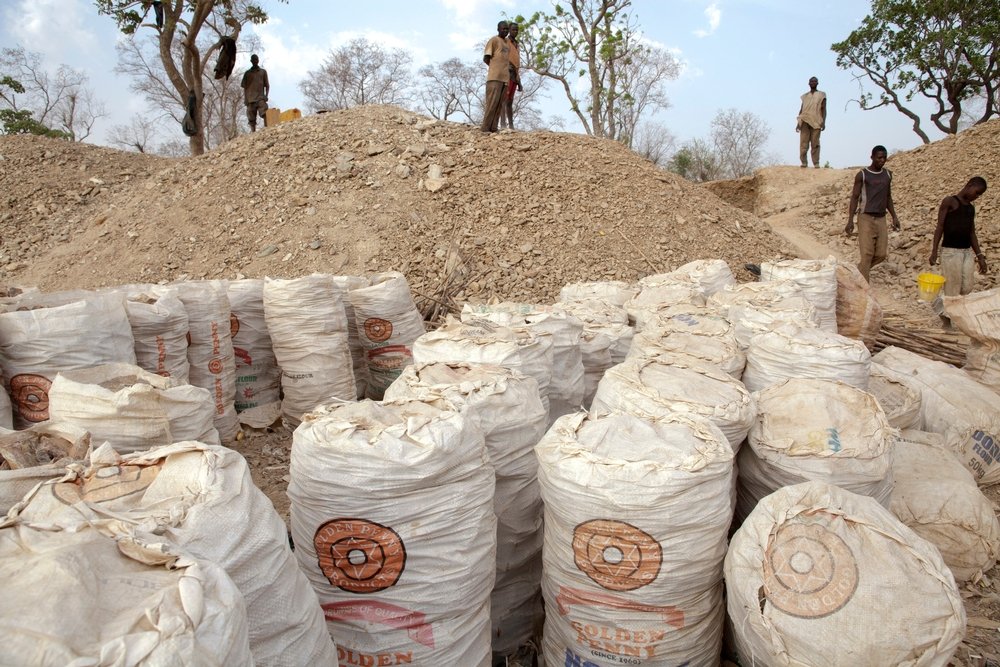 Olga Victorie/MSF
Bags of rocks at a gold mining site on the road between Bagega and Anka. (April, 2012).

It was also caused by artisanal gold mining and resulted in the death of at least 30 children.

MSF provided chelation treatment to 139 children shortly after remediation and handed over the project to Niger state authorities and traditional leaders in October 2018.

Remediation and chelation therapy are not only very expensive, but also insufficient to eliminate the lead poisoning hazard in the communities.

Due to the rampant poverty and lack of other employment opportunities in the area, small-scale mining remains the only option for many people. 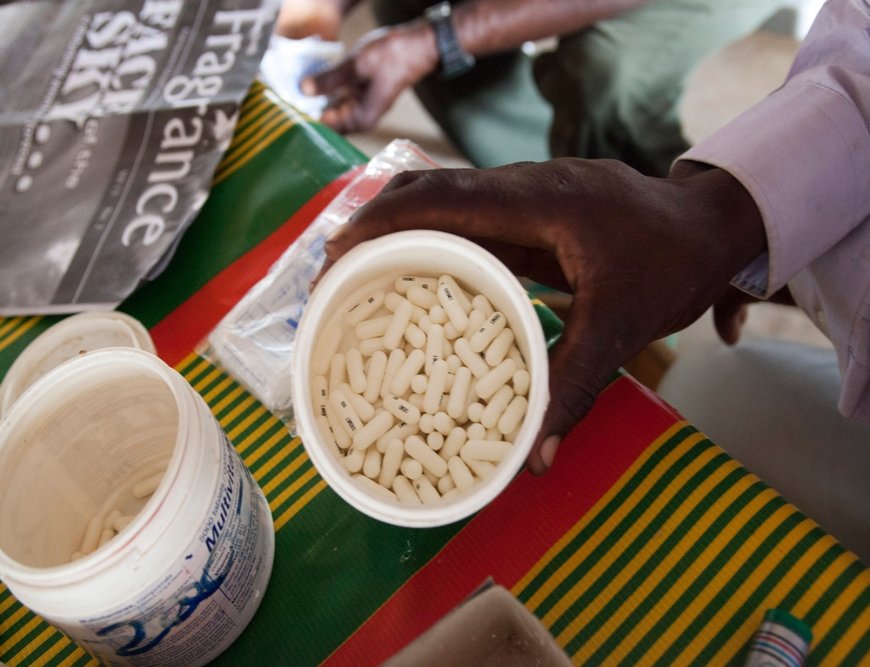 Many were unaware of the health hazards caused by their mining practices. Some previously remediated areas were re-contaminated.

"We had children who were re-exposed more than three times"

“We had children who were re-exposed more than three times."

"Even if their compound is clean, maybe they play on their uncle’s compound where the soil is contaminated,” says Mwangombe.

The only sustainable long-term solution is the prevention of lead poisoning.

MSF engaged  OK International, an external partner specialized in occupational and industrial health, to develop and implement safer mining pilot projects in Niger and Zamfara states, in partnership with Nigeria’s Federal Ministry of Mines and Steel Development and the responsible state agencies. 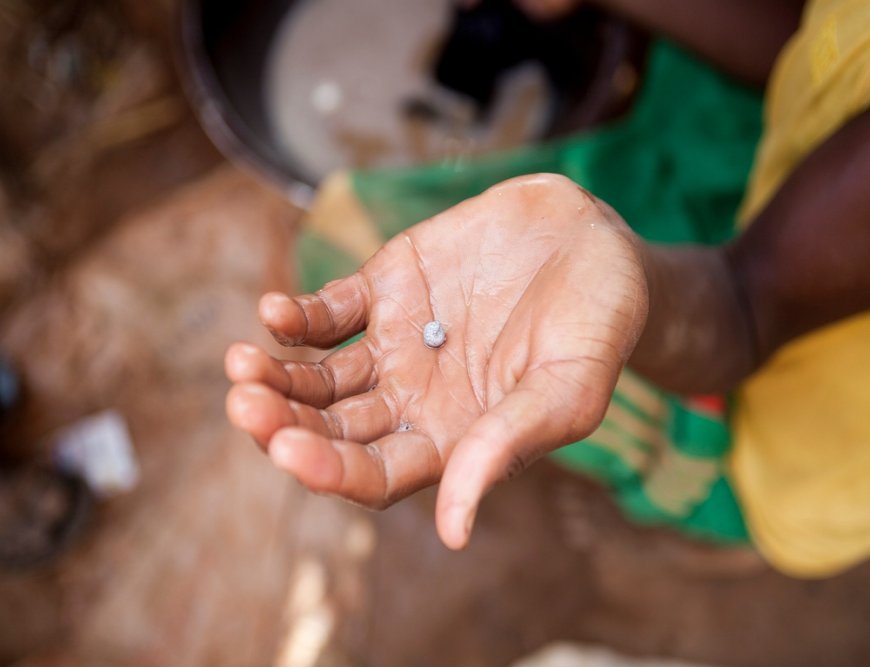 Miners were provided with information and tools to reduce exposure during mining and processing activities, and to minimize off-site contamination.

The results of the pilot projects have been encouraging, and the state governments say they are committed to scaling up safer mining practices in Zamfara and Niger states.

"We will continue to ensure that the environment remains clean, so that children will not get poisoned again" says Alhaji Shehu Anka, general director of ZESA"

“We will continue to ensure that the environment remains clean, so that children will not get poisoned again,” says Alhaji Shehu Anka, general director of ZESA.

Almost 12 years after MSF first started intervening in the area, no more children are dying of lead poisoning in Zamfara.

As a result, MSF handed over the program to key ministries of the Zamfara state government, the Anka Emirate Council and the local community at the beginning of February 2022.

Mwangombe says the significant decrease in the under-fives mortality and morbidity related to lead toxicity is not the only success. 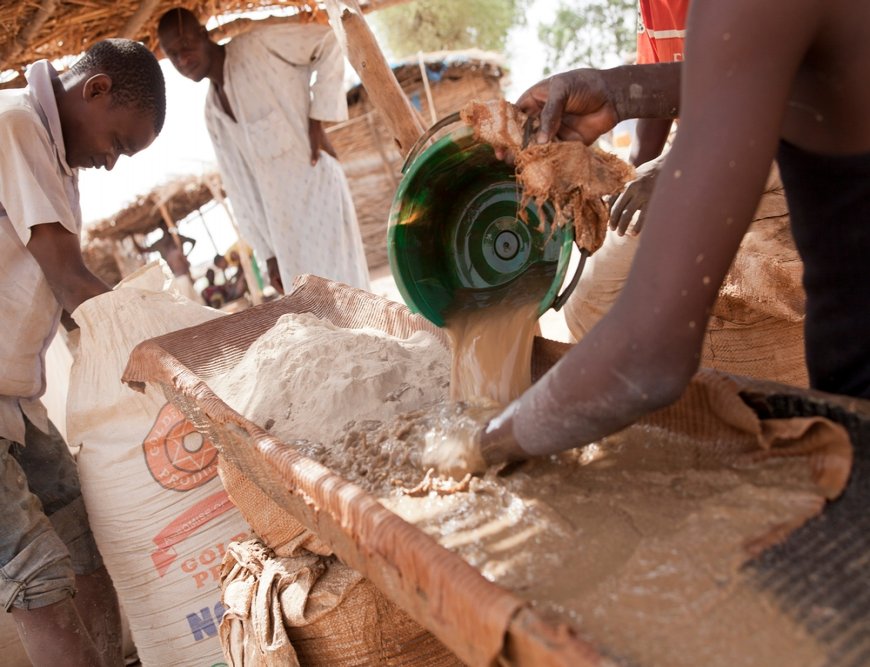 “Another big achievement was that our intervention was community-based."

"The community has been involved throughout so that they could take ownership."

"In the future, if there is another outbreak, there will be capacity to respond.”

"We also improved local capacity. In the future, if there is another outbreak, there will be capacity to respond.”

One of the key factors for the successful reduction of exposure to lead poisoning was the involvement of international organizations with expertise in environmental health, safer mining and occupational health that complemented MSF’s medical response.

However, challenges remain. Artisanal mining is a poverty-driven activity that will persist as long as gold mining is profitable.

Recently, another area with a high level of lead contamination was discovered in Abare village in Zamfara. 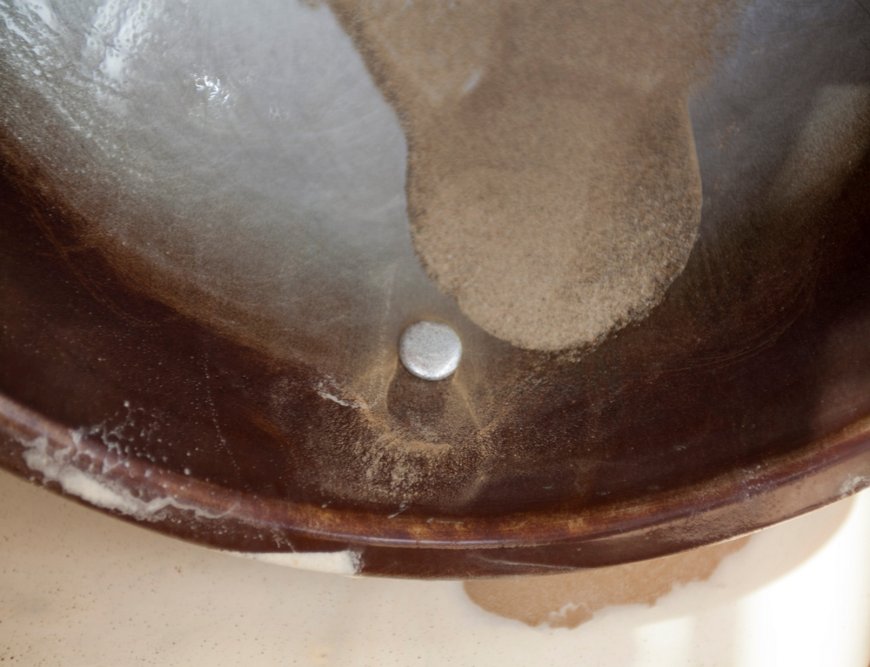 At the end of January 2022, the Zamfara state government approved the financing of the environmental remediation of the contaminated area.

For the long-term sustainability of remedies, and to prevent children from dying from lead poisoning again, all partners need to remain committed to promoting and maintaining safe mining practices. “Prevention requires involvement from everyone – from village chiefs and traditional leaders to state authorities and legislators, so that everyone’s efforts will help maintain the remedy that we have handed over and prevent any future outbreak of lead poisoning in Zamfara state”, says Mwangombe.