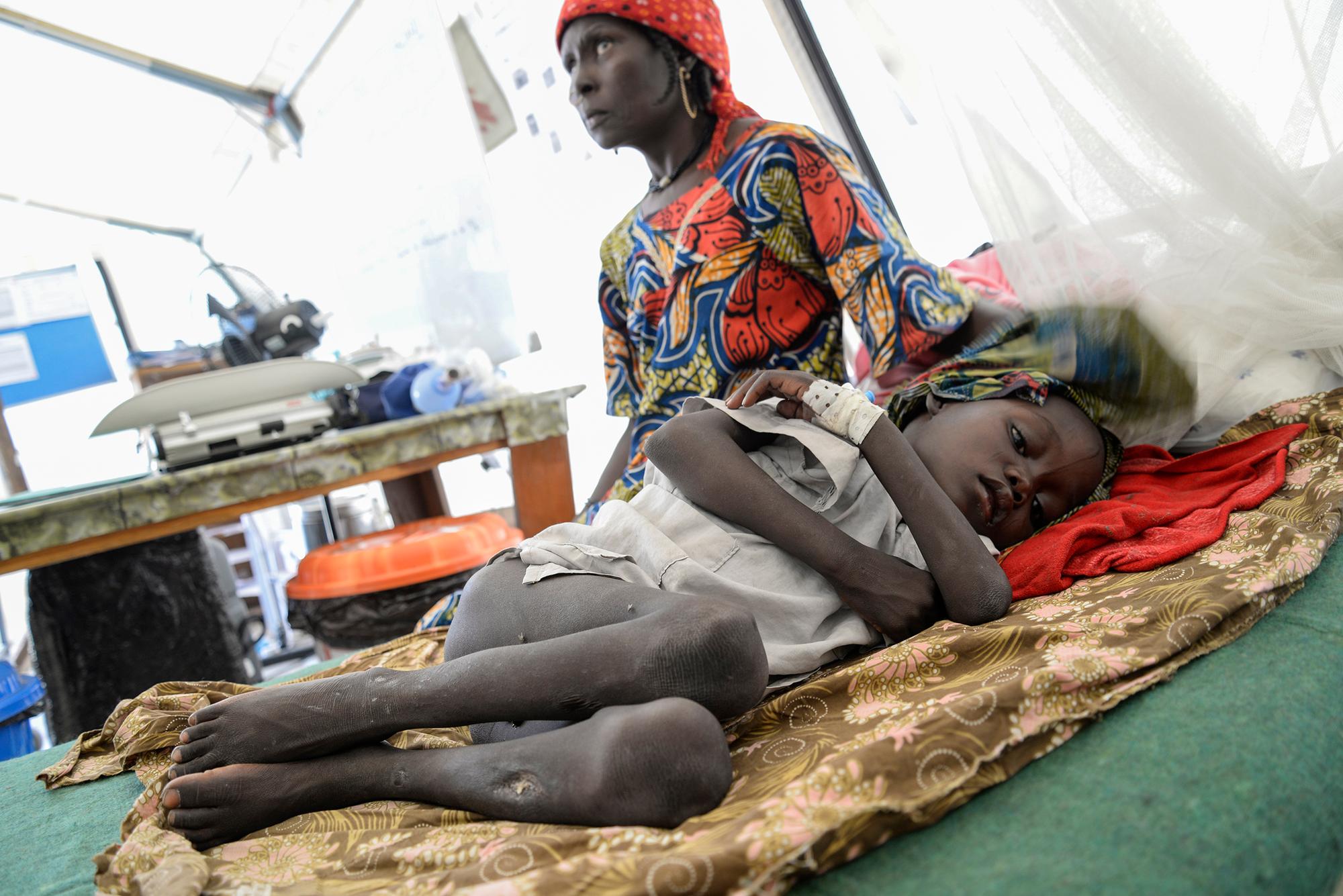 Nigeria: "There were hardly any children under 5 years of age"

Conflict in Borno State, north-eastern Nigeria, has created a large-scale humanitarian crisis. Two million people have been displaced across the region and a severe malnutrition crisis has taken hold. Many people are either displaced or cut-off in enclaves outside the state capital of Maiduguri and are in urgent need of food, medical care, drinking water and shelter. MSF has scaled-up its response to this crisis and is in nine locations across Borno State - running therapeutic feeding centres and clinics in camps for displaced people, conducting mobile clinics in remote areas and vaccinating against communicable diseases. Below, three MSF staff working in Borno, give an update on the emergency.

Toddlers and infants victims of hunger

Dr Natalie Roberts visited three locations where people had been without access to water, food and medical care until her team’s arrival. The crisis has particularly taken its toll on children under 5 years of age. 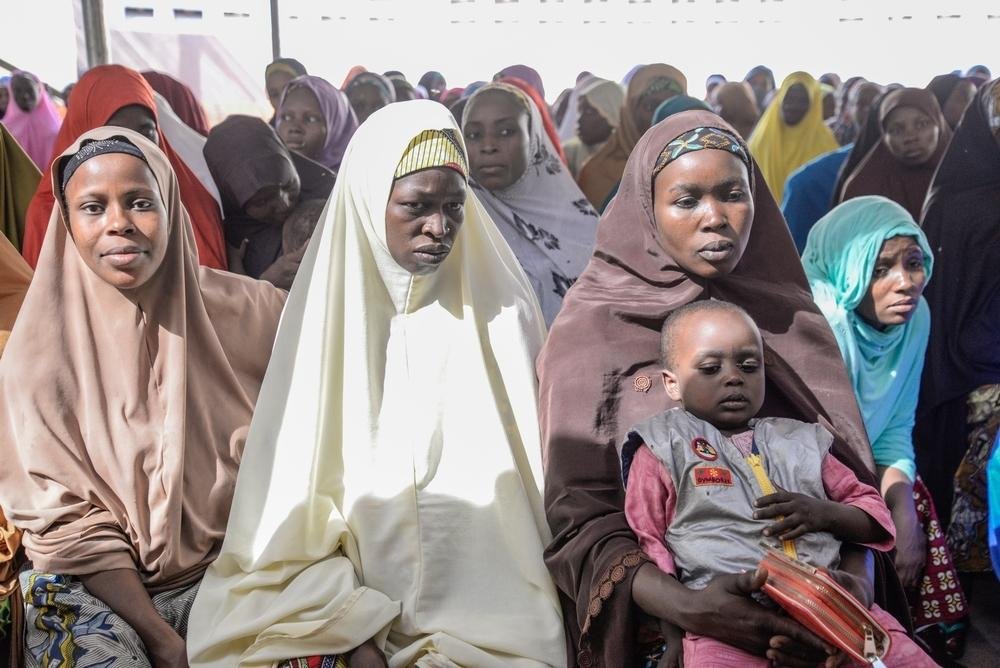 “Usually, there are almost always small children buzzing around camps that get set-up for internally displaced people. They are an integral part of the hustle and bustle of the place. Toddlers straddling their big sisters’ hips. Babies strapped to their mothers’ backs.

"Serious hunger and displacement has sapped people’s strength and resources and as a result toddlers and infants have died from malnutrition compounded by infection and preventable disease. They are victims of hunger.

"Everywhere I went, every person of every age asked for the same thing: food. Not water, not shelter, not medicine. They want food.”

John Johnston is an MSF project coordinator based in the state capital of Maiduguri - where many displaced people from surrounding areas have arrived. To get to some remote areas outside of the city, John’s team has to travel by helicopter to carry out targeted specialised food distributions to the most vulnerable, treat severe acute malnutrition and targeted vaccinations for children. 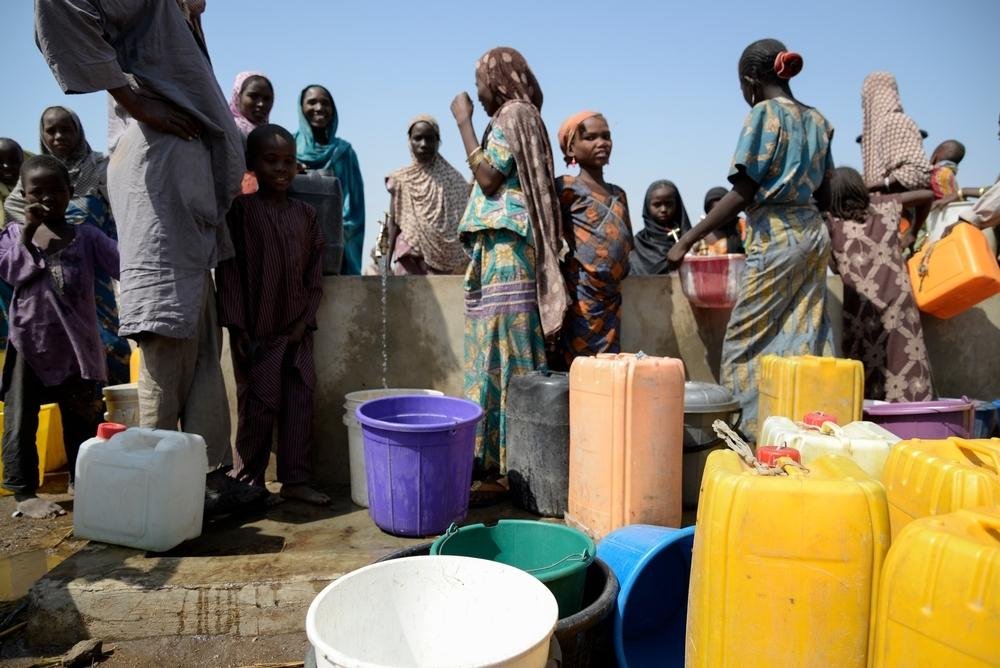 “A lot of the food aid is focused on the official camps, as they are easy to locate and convenient to reach many people at once. The hardest part is to find the unofficial camps where displaced people receive little or no help. In these camps, people are trying to survive.

"We take the helicopter from Maiduguri to two places in Borno state; Bama and Dikwa. In Bama, there are 8,000 displaced people and in Dikwa, which has a population of 86,000 people, fifty percent are displaced. When you fly over Borno you see villages.

"But you don’t see people in them. You don’t see cattle or cars either, just abandoned buildings. When you arrive, you hope that your supplies have also made it - as there’s no mobile phone signal to coordinate.

"In Bama, I met three adult women who had managed to escape their village which was totally cut-off. They arrived to our mobile clinic severely malnourished, having had nothing to eat for several weeks. They were admitted to hospital for immediate attention. I could only imagine how bad things must have been for people still back in their village considering the condition that these women were in.

"In some places the rates of malnutrition have been three times higher than the emergency thresholds. We’ve also vaccinated around 37,000 children around Maiduguri as their immune system is weak due to malnutrition, when people are all packed in together in camps that can host up to 30,000 people, things like measles can spread rapidly.” 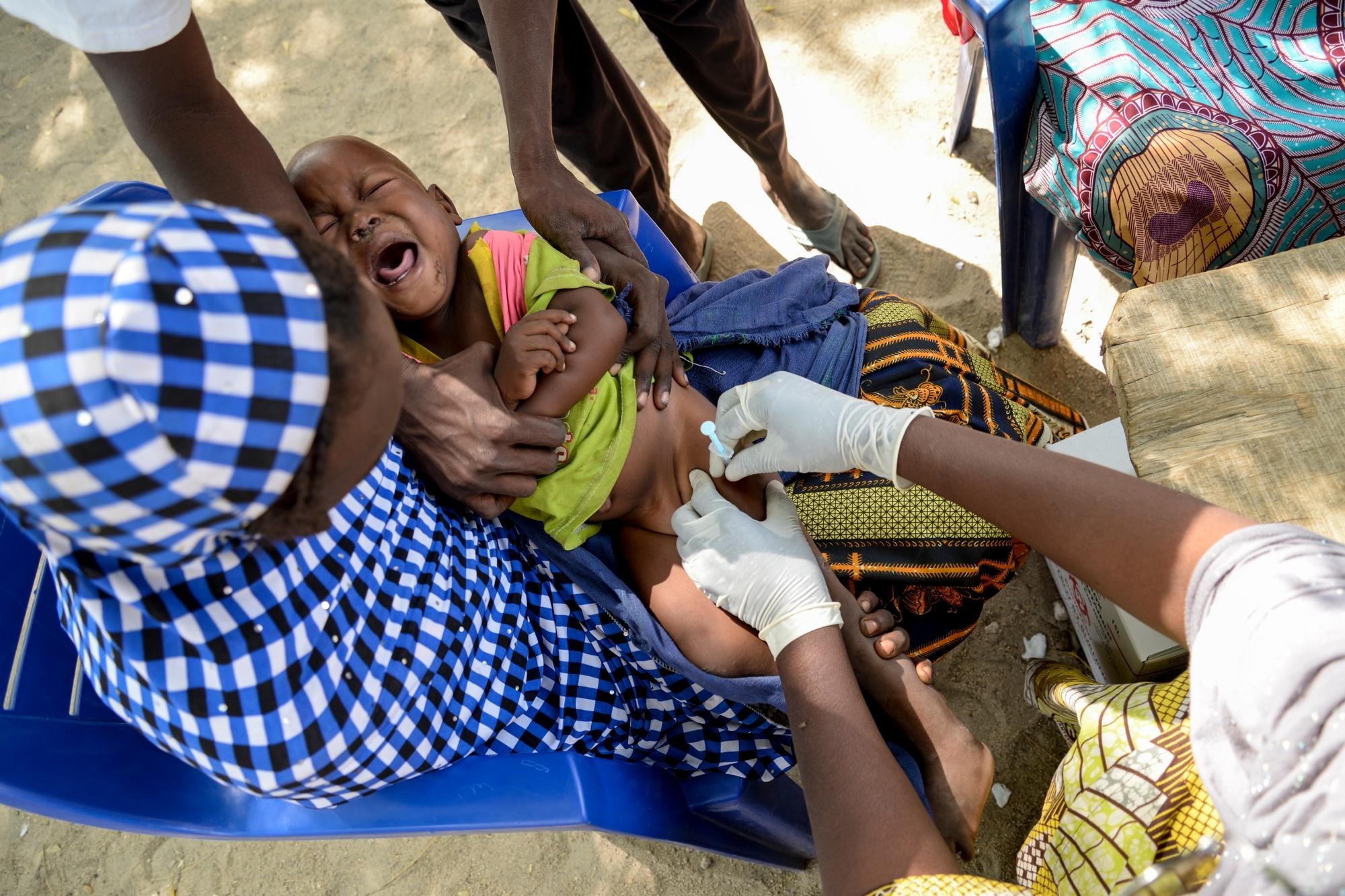 Aurelie Baumel/MSF
Second round of PCV vaccination for children between 3 weeks and 11 months. Since this month, new strategy has been established and now all the children from 3 weeks to 5 years now are vaccinated. 140 follow up in one day. Going to go once a month until February for follow up. 910 CMS on two days

Dr Laura Heavey is a paediatrician from Galway, deployed to Borno State following an assignment in South Sudan. Laura cares for children affected by malnutrition at a one-hundred-bed inpatient therapeutic feeding centre, in two outpatient centres and another paediatric unit with an ICU.

“Last year, I worked with malnourished children in South Sudan and from my experience there I know that if children above five are becoming malnourished, things are really bad. Older children would usually have more stores and be better able to tolerate periods without food, more than younger children.

"So it's an indication as to how severe things have been, that older children who usually have better immune systems are getting sick. It’s really challenging because they are immune suppressed - so you are often treating an infection when patients arrive to the hospital. Or they might have pneumonia, or severe diarrhoea.

"After that, you're trying to restore a bit of body function. They've just been burning all their fat and muscle for ages and they've nothing left. So you're trying to switch the body from breaking down muscle and tissue and fat into gaining weight again.

"We’re doing targeted food distributions for the most vulnerable, but we’re doctors, and usually don’t do food distribution. The fact that we’re doing this along with therapeutic feeding and everything medical that we can do – shows how severe this malnutrition and displacement crisis is.”