Since 1st of April, MSF teams in Gaza have provided post-operative care to more than 800 patients injured by gunshots during the March of Return demonstrations. The number of patients treated in our clinics during the first three weeks was more than the number we treated throughout all of 2014, when Israel’s military Operation Protective Edge was launched over the Gaza strip.

MSF medical staff report receiving patients with devastating injuries of an unusual severity, which are extremely complex to treat. The injuries sustained by patients will leave most with serious long-term physical disabilities.

What happened today is unacceptable and inhuman. The death toll provided this evening by Gaza health authorities—55 dead and 2271 wounded, including 1359 wounded with live ammunition—is staggering. It is unbearable to witness such a massive number of unarmed people being shot in such a short time.
MARIE-ELISABETH INGRES     MSF REPRESENTATIVE IN PALESTINE 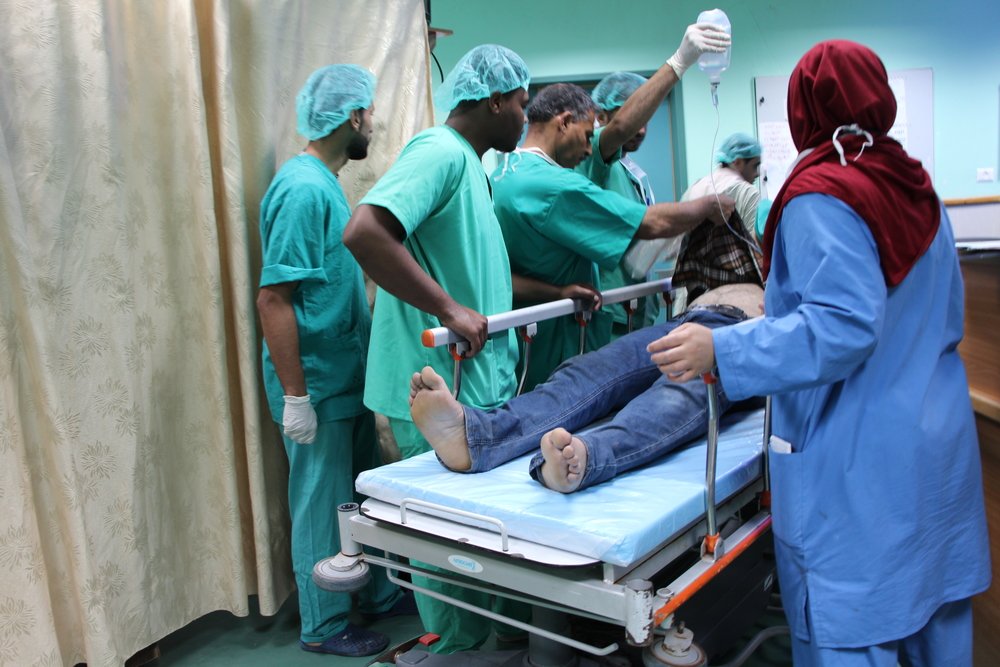 Our medical teams are working around the clock, as they have done since April 1, providing surgical and postoperative care to men, women and children, and they will continue to do so tonight, tomorrow, and as long as they are needed. In one of the hospitals where we are working, the chaotic situation is comparable to what we observed after the bombings of the 2014 war, with a colossal influx of injured people in a few hours, completely overwhelming the medical staff.
MARIE-ELISABETH INGRES    MSF REPRESENTATIVE IN PALESTINE

This bloodbath is the continuation of the Israeli army’s policy during the last seven weeks: shooting with live ammunition at demonstrators, on the assumption that anyone approaching the separation fence is a legitimate target. Most of the wounded will be condemned to suffer lifelong injuries. 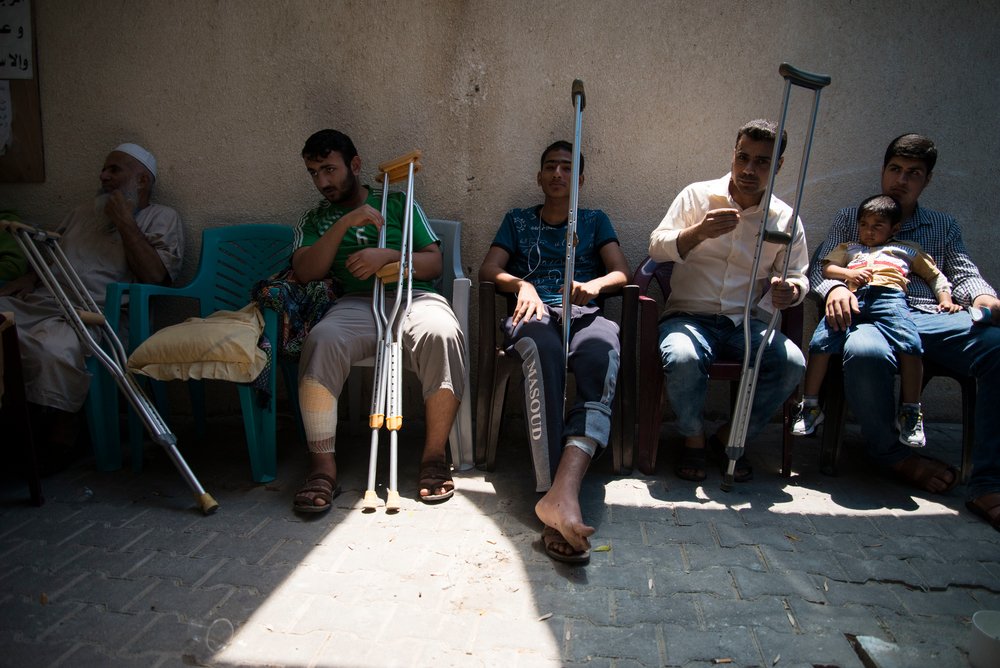 Aurelie Baumel/MSF
Since 30th of March 2018, a massive influx of patients has been noted in MSF clinics of Gaza, following gunshot by Israel Defense Forces.

Our teams carried out more than 30 surgical interventions today, sometimes on two or three patients in the same operating theatre, and even in the corridors.
MARIE-ELISABETH INGRES    MSF REPRESENTATIVE IN PALESTINE

As new demonstrations are announced for tomorrow—Tuesday, when Palestinians will observe the “Naqba Day”—the Israeli army must stop its disproportionate use of violence against Palestinians protestors." 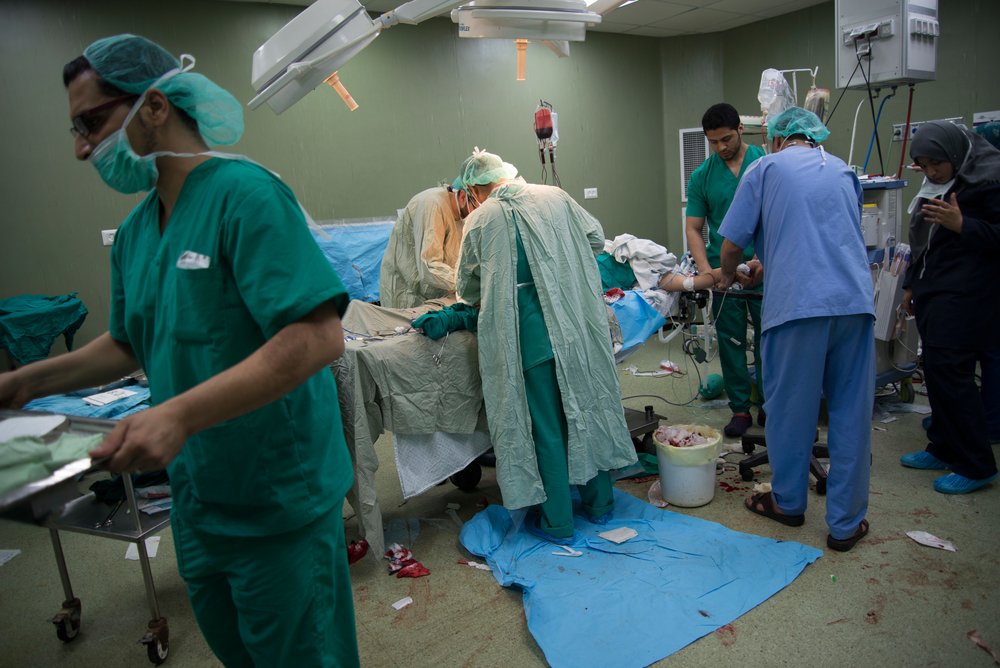 Aurelie Baumel/MSF
MSF will have deployed 4 surgical teams in 3 hospitals, dealing with emergency surgery (2 teams in Al-Aqsa hospital, in Deir Al-Balah, 1 in Al-Awda hospital in Beit Lahya, and 1 in An-Najah hospital in Rafah). In total, they have performed more than 30 surgical interventions.