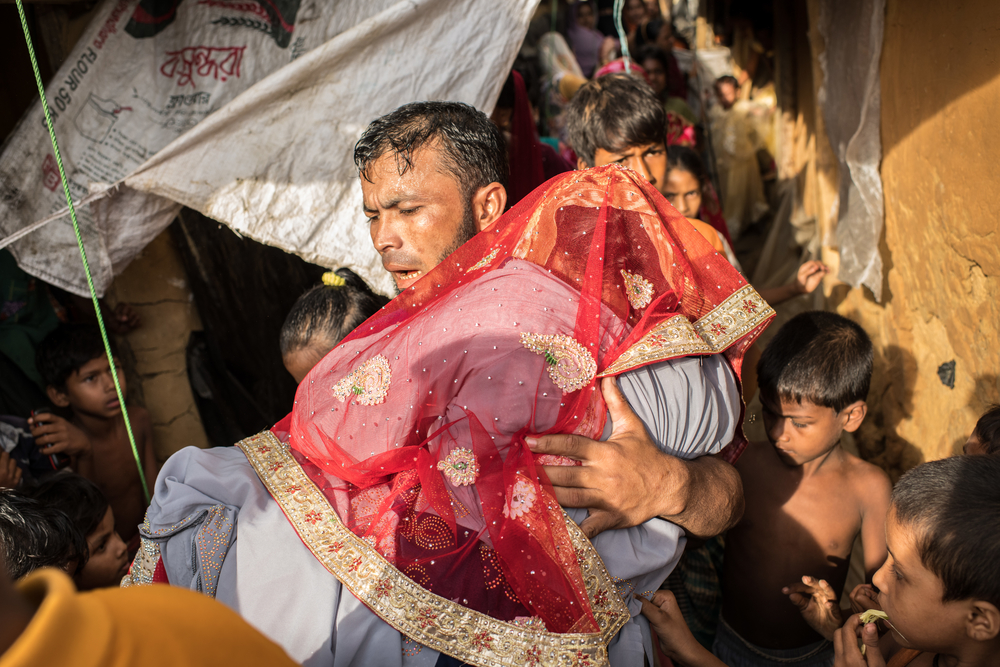 Rohingya in Bangladesh: "I underestimated the violence of the stories we would hear"

Despite having spent a decade working with MSF, Andrea wasn't prepared for the stories he would hear of the violence Rohingya refugees have endured.

I will begin at the end, on the plane that would take me home from Bangladesh’s capital, Dhaka, to Italy. As I set foot on the plane, I realised that it was on that same day exactly 10 years earlier that I had left for my first assignment with MSF, destination Sierra Leone.

After graduation, I had been working as an engineer, but after a while it was no longer enough for me.

One day, a medical friend told me about his work with MSF and I discovered that that there was a need not only for doctors, but also for engineers and architects to construct buildings and manage supply chains.

Ten years later, I am back from my fourteenth assignment.

In Bangladesh I worked as project coordinator in one of the refugee camps that has welcomed Rohingya Muslims fleeing violence by the Myanmar army.

In just over six months, about 700,000 people sought refuge in Bangladesh, where they now live in overcrowded and precarious conditions with poor sanitation.

According to MSF’s investigations, in just one month at least 6,500 Rohingya were killed in Myanmar: they were shot with firearms, burned alive in their homes, beaten to death and blown up by mines.

The numbers show how the Rohingya were the target of a spiral of violence that began on 25 August 2017, when the Myanmar army and police force, along with local militias, launched the eviction operation in response to attacks on police posts by the Rohingya Salvation Army.

MSF’s medical teams have been working in Bangladesh since 1985, but following these events we ramped up our operations in Cox's Bazar district, where we currently run 18 health facilities, including four inpatient facilities and four primary healthcare centres. 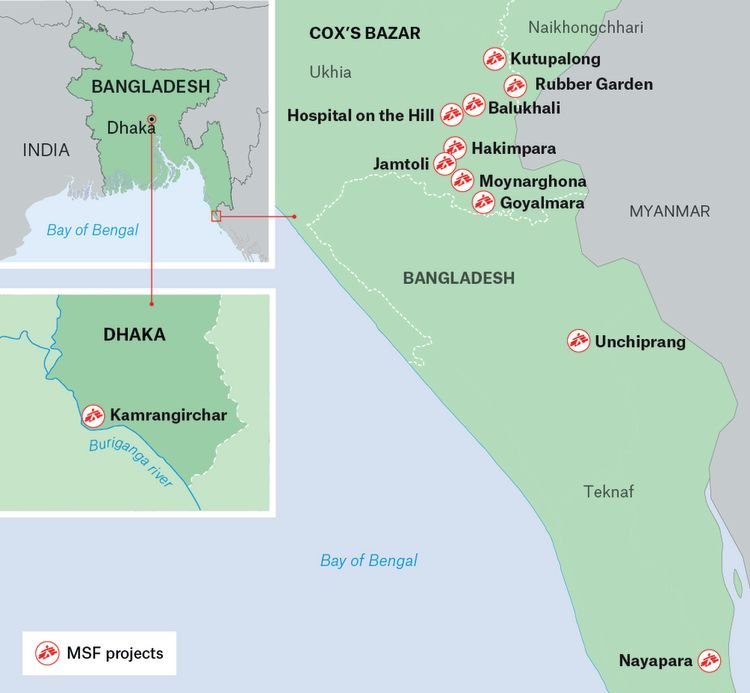 In the camps, we are treating people for measles, respiratory tract infections and diarrhoea; we are treating wounds that have become seriously infected because of not receiving proper care.

All of the diseases and problems are related to the harsh living conditions of the refugees.

"The father brought the newborn baby to us, saying he never wanted to see the baby again"

The project leader before me had hired an assistant, Mahmud. The boy was recognised by the local population as a reliable person, and he had a good level of education and knowledge of Western culture.

Mahmud was a boy with great potential, and immediately harmony was established between us. But with him I made a mistake.

One day we had met the father of a child who had been raped by a soldier in Myanmar and become pregnant. The girl was just 12 years old.

After escaping to Bangladesh and finding refuge in the camp, the father never let her out of the tent, because sexual violence and pregnancy brought great shame on the family.

When the girl gave birth, the father brought the newborn baby to us, saying he never wanted to see the baby again.

I was so focused on the situation and its implications that I had forgotten about my role as supervisor. Listening to their story, Mahmud burst into tears. It was one of the most difficult moments of my time in Bangladesh.

I had not protected Mahmud. Each of his tears reminded me that he couldn’t yet handle the emotional impact of such a situation. This was his first job and he hadn’t had time to acquire the necessary detachment.

I had underestimated the violence of the stories we would hear.

We took the girl to our hospital and put her father in touch with the team that provides psychological support. Then we entrusted the newborn to another organisation which deals with finding homes for abandoned children.

Today, thousands of men, women and children continue to live on top of each other, spending their days queuing for water and food, or searching for the few branches left to burn so that they can boil  some water and cook the inevitable bowl of rice.

How long will these people be able to live in these conditions?

We are facing a humanitarian emergency destined to cause suffering for a long time to come. In just a few months, two epidemics have already broken out: one of measles and one, unexpectedly, of diphtheria.

What's more, we worry that the monsoon season could trigger an emergency within the emergency.

Most of the shelters in the camps, constructed of bamboo poles and plastic sheeting, risk being swept away by water and mud.

The rains will aggravate the already bad hygiene conditions, increasing the incidence of diseases such as diarrhoea and hepatitis, not to mention the risk of cholera.

We are preparing our response, trying to anticipate potential damage to our health facilities and to stop diseases breaking out.

On the plane that brought me home from Dhaka, I realised that my perception of my role has changed over the past decade.

When I started out, I saw my experiences as a humanitarian worker as enriching.

Growing older, I understand more fully the responsibilities that my role brings – towards the people we help, but not only that.

Over the years, I’ve grown aware of being the arms of our supporters – not only because I believe in MSF’s work, but because supporters like you believe in it.

I would like to thank you for what you are doing by supporting us, and ask you to stay by our side. Only together will we have the strength to bring concrete help to those who need us.