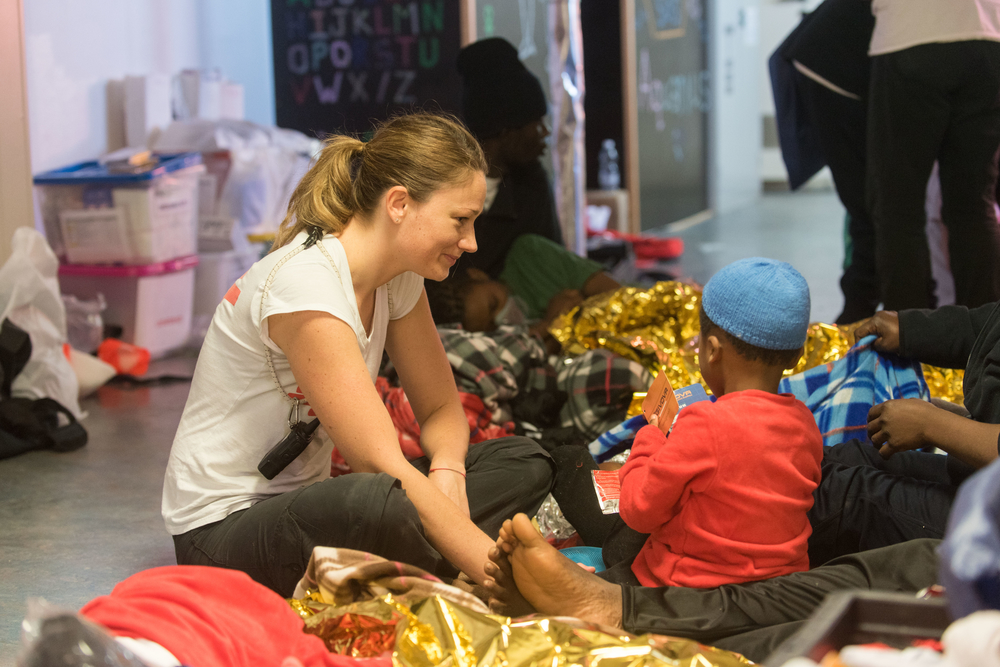 Search and rescue: 99 survivors rescued in Mediterranean but many presumed drowned

(27 January 2018) In a nightmarish day on the Mediterranean last Saturday, 99 survivors from a sinking rubber boat were rescued by Aquarius, a search and rescue vessel run by Médecins Sans Frontières/Doctors Without Borders (MSF) and SOS MEDITERRANEE, but an unknown number of men, women and children are missing, presumed drowned. Two women are confirmed dead.

“The scene was devastating, with many urgent medical cases in quick succession. They just kept coming, one after another, unconscious and not breathing,” said MSF nurse Aoife Ni Mhurchu.

Dozens of people were already in the sea when the Aquarius arrived at the scene around 9.30am, and the rubber boat was already deflating.

"It is absolutely heartbreaking. These women were mothers."

All floating devices were deployed from Aquarius, rafts were launched and the rescue team started pulling people from the sea.

Laurin Schmid / SOS MEDITERRANEE
On 27 January 2018, 99 survivors from a sinking rubber boat in the Mediterranean were rescued by Aquarius, a search and rescue vessel run by MSF and SOS MEDITERRANEE. An unknown number of men, women and children are missing.

The MSF medical team on board the Aquarius resuscitated six young children and one woman. Despite their best efforts, they were unable to resuscitate two other women who had drowned.

“It is absolutely heartbreaking. These women were mothers. We’re now trying to care for their very young children who remain onboard Aquarius” said Ni Mhurchu.

All medical emergencies together with their caretakers were evacuated from Aquarius by an Italian Navy Helicopter to Sfax, Tunisia – a total of 16 people. This included all six resuscitated children and several women with water on their lungs.

The MSF medical team also treated many severe fuel burns, as well as over a dozen mild to moderate hypothermia cases. Many survivors were disorientated and confused as a result of inhaling fuel which had leaked into the rubber boat.