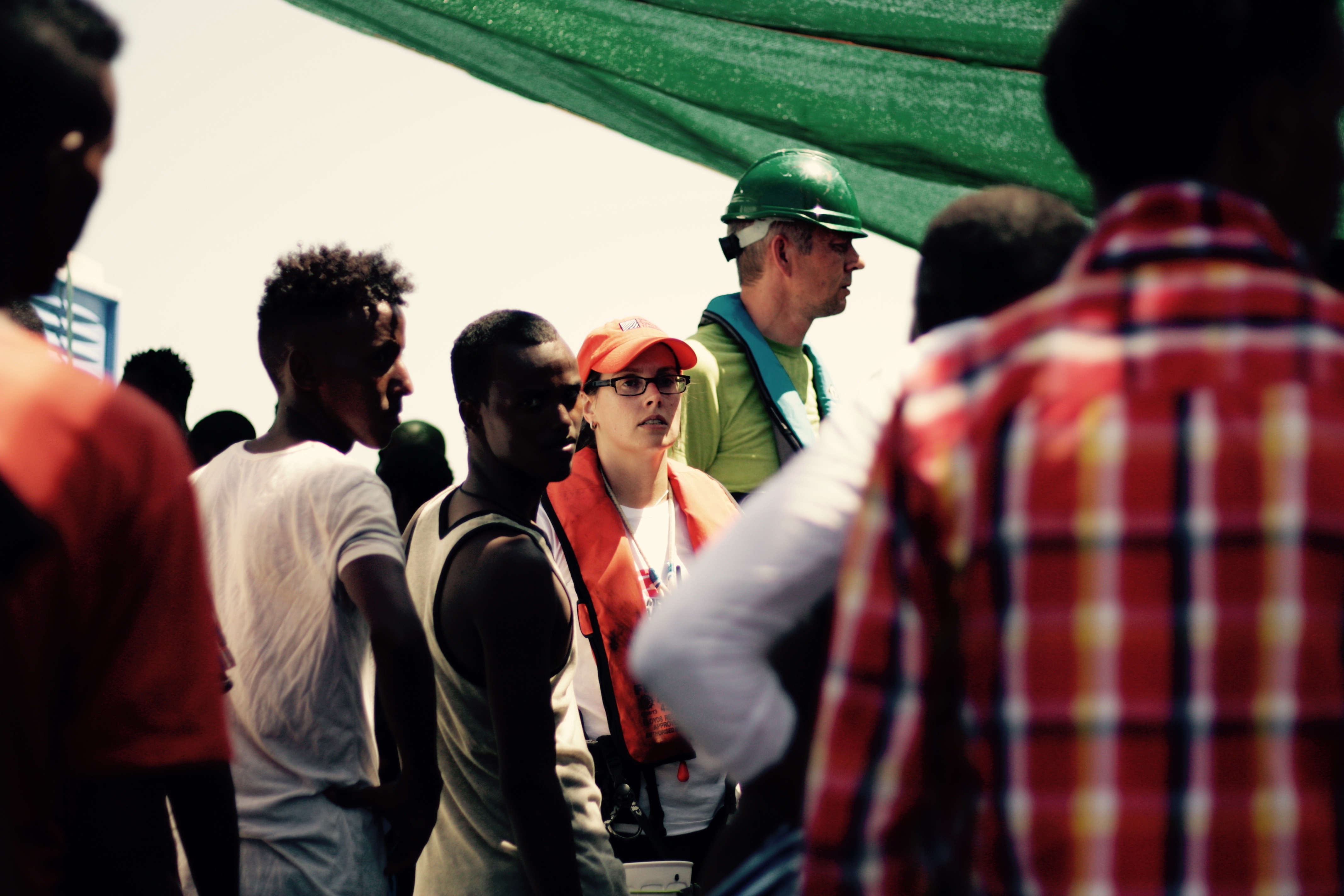 Search and Rescue: "I am so sorry I couldn’t resuscitate you."

Sarah is a doctor on board the MV Aquarius, a search and rescue vessel in the Mediterranean Sea, which is jointly operated by MSF and SOS MEDITERRANEE.

There is an intimacy about living on the boat with the people you have rescued that isn’t present in other projects or jobs. We live with, feed, care for and hang out with our passengers and patients. When something terrible happens, it hurts all the more.

"MSF goes where many others refuse to, or cannot, go."

As an ER doctor, I am regularly visited by death. I don’t have an adversarial role with death – some deaths are timely and beautiful but others are tragic. I accept that I will see both types of deaths in the ER. When working with MSF, I expect to see death in its most heinous form because MSF goes where many others refuse to, or cannot, go.

Fabian Mondl/SOS MEDITERRANEE
Migrants and refugees sleep on the deck of the Aquarius rescue vessel 04 Oct 2016, after being rescued from a small boat in the Mediterranean sea.

While working on the MV Aquarius with MSF/Doctors Without Borders, I had actually avoided meeting with death for nine weeks – a long time in this line of work. After all, you can only have so many people risking their lives on flimsy overcrowded dinghies before something terrible happens.

Perhaps it is the rarity and the close quarters that we share with our fellow passengers that has made this patient’s death so upsetting. Like almost all of our rescued passengers, I am sure he survived a horrific time in Libya.

He had survived 21 hours on a boat without food or water. We had him on Aquarius where he appeared to be healthy until he woke up in the middle of the night and his heart stopped.

He was on a boat in international waters. He was so close to Europe and the end of this terrible leg of his journey, but he died. Despite all of our best efforts and intentions, he died.

"Thousands of documented and undocumented deaths."

This patient’s death wasn’t really unique – the only difference was that I witnessed it. There have been over 3000 documented deaths in the central Mediterranean this year and likely thousands more undocumented deaths.

At what point do we, as individuals and as a collective, say: “ENOUGH! This is insane!” At what point do we do more than yell? Why are we forcing desperate people to flee over dangerous routes when there could be safer alternatives? Why do we allow our elected officials to build walls in the sea and fortify countries against the very people who need help most? Why is the idea of safe passage abhorrent to many who enjoy the luxuries of peace, security, and hope?

The floor of the Mediterranean is littered with the potential of a generation. The MV Aquarius is currently carrying the remains of a man who dreamt of a better life.

"I deeply wish you had a tomorrow too."

To the young man who died: I am so profoundly sorry I couldn’t resuscitate you. We all tried so hard to help you survive so that you could realize your dreams. When you died, you were surrounded by people who cared about you and countless others like you whom we never get a chance to meet. Tomorrow, we will continue to look for people who find themselves pushed into the Sea in search of a life free from war, persecution, poverty and systematic discrimination. Tomorrow we will continue our fight for safe passage. I deeply wish you had a tomorrow too.