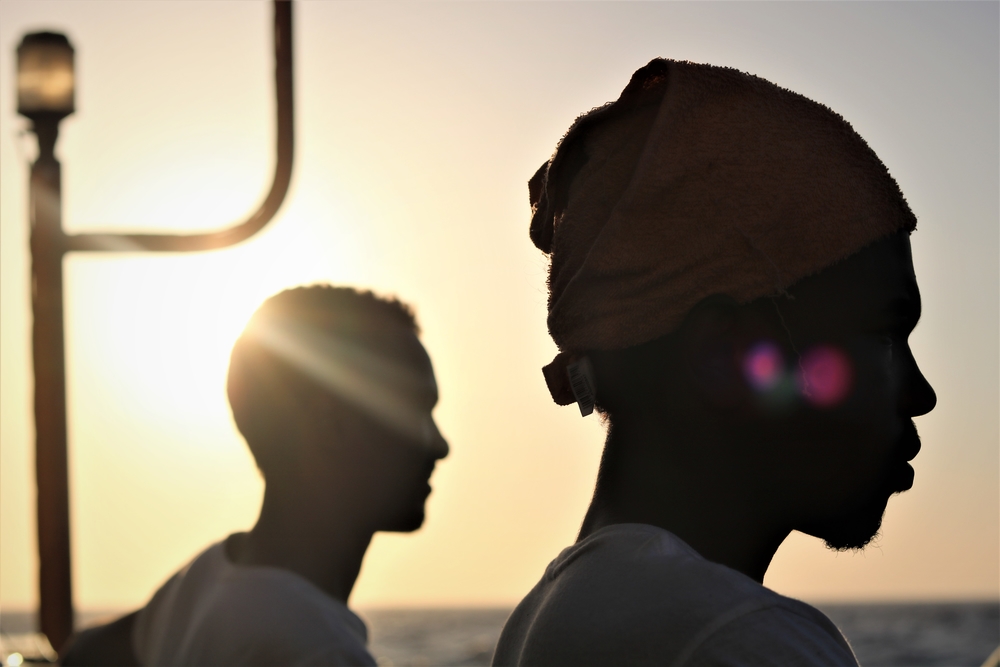 Search and Rescue: "I photograph refugee rescues in the Mediterranean. It’s not the boat I remember"

When we first approach the boats, I take photos of them. It is part of my job onboard the Ocean Viking: to try and communicate what we do as a rescue ship in the Central Mediterranean sea – and why we do it.

As we arrive on scene, I capture what a lot of the world probably picture in their mind when you say the words “refugee crisis”: a grey rubber dinghy, a black rubber dingy, a wooden boat – typically overcrowded - drifting low in the water in the middle of a big blue sea. It has become iconic of migration amongst our collective psyche.

"Almost without exception, people know the risks of crossing this treacherous stretch of water in an unseaworthy craft. They know others who have died. Or have seen people die during previous attempts. Or have friends or relatives who simply disappeared."

Recently, I have started going back to the initial shots I take, a few days or weeks after the rescue. And I have noticed that, when I do, it is like I am seeing these images for the first time. I no longer see the boat at all. Instead, I recognise the people onboard, their personalities now discernible and distinct; names, connections, dreams, families, songs, stories…

Mohammed from Darfur stands out. Although he is a small guy, the oversized school blazer cloaking his skinny frame is distinct. One morning, he had asked me for a pen and something to write on. Later that day he handed me back five sheets of notepaper torn from the back of an exercise book, writing scrumpled up small to make a lifetime fit: “REFUGEE STORY”, the title reads.

He grew up in a camp and has displaced since. During the most challenging parts of his narrative, he uses diagrams, bullet points or numbering systems to organise his thoughts: 1. They raped my sister. 2. There was a fire and the soldiers came. And so on.

He was in Tajoura Detention Centre the day it was bombed from the air, running to escape as the guards opened fire amidst the panic, his friends falling around him.

He told me he is afraid to close his eyes at night.

His favourite colour is green.

And there I see Abdul, the barber. He, like many of the people we rescue, had a trade or profession before he was taken from the streets of Tripoli and incarcerated. 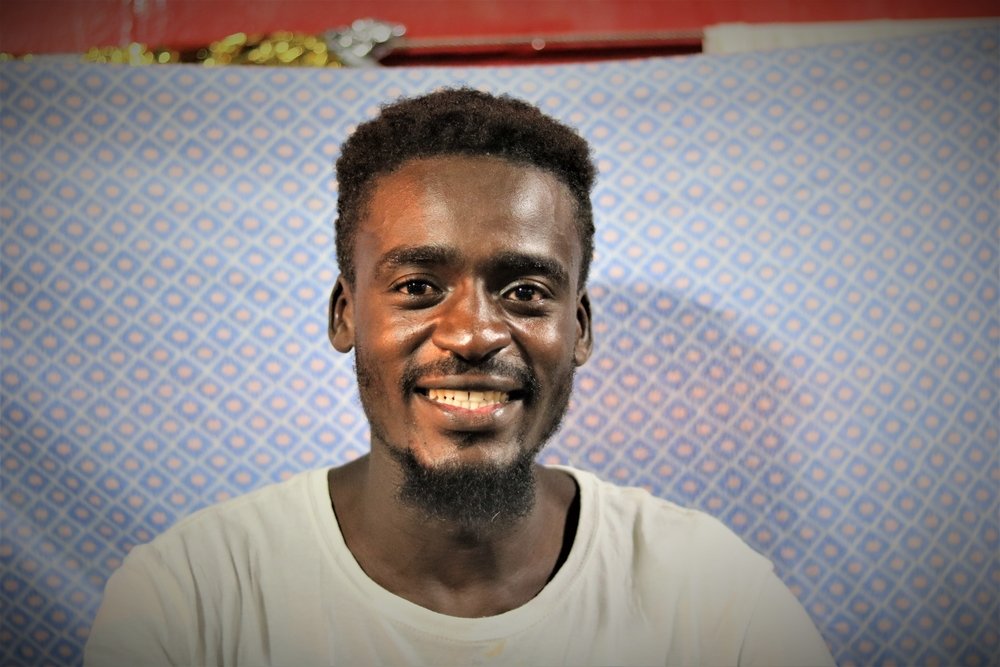 Gentle and softly-spoken, he is happiest when cutting hair, he tells me. When I interviewed him about his journey, I also took a portrait of him. Turning the screen of my camera to show him the picture, he shakes his head in disbelief. He is half laughing, but his eyes wide with dismay. “I don’t have a beard like that!” he exclaims.

He tentatively runs his fingers over his cheekbones and the hair on his chin, still shaking his head. Tomorrow I will shave, he says, decisively. Held in captivity for over a year, it is so long since he saw himself in a mirror, he no longer knew what he looked like.

"When I ask people why they try to make the journey if they know how dangerous it is, they say that if I am asking this question, I don’t understand what they are fleeing from."

Clicking through to the next photo, this time it is Grace who strikes me. Dignified and stoic, even after days drifting at sea. I recognise her immediately, face pale with the salt encrusting her features. I would often find her standing on deck at night after everybody else was sleeping, looking up at the stars.

She asked me time and time again to tell her it was real and they were safe on board a rescue ship. She even asked me to pinch so she would know she wasn’t dreaming.

I did, and we laughed, but I don’t think she was convinced -- even then.

Grace, her husband and four children had tried to make the crossing twice before. They had almost lost their daughter to sickness during their time held locked away after being intercepted by the Libyan Coastguard and forcibly returned to Libya. This was their third and last attempt, she told me. If they didn’t make it this time, she hoped they would die trying. At least then it would be over and they would be at peace.

This sentiment is one I heard repeated with a devastating frequency. 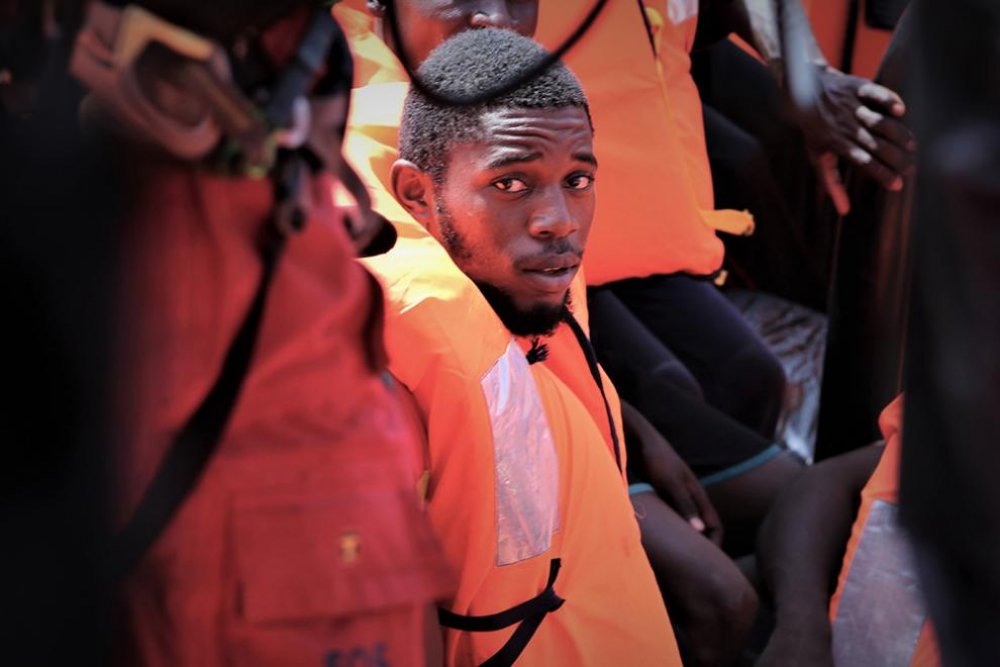 Almost without exception, people know the risks of crossing this treacherous stretch of water in an unseaworthy craft. They know others who have died. Or have seen people die during previous attempts. Or have friends or relatives who simply disappeared. The Central Mediterranean sea crossing is the deadliest migratory route in the world. 692 people have died in their attempt to reach Europe this year alone.

"If it were not for ships like ours, there would be no one there to save them."

It takes just 60 seconds for someone to drown. For a child, it is considerably less; more like 20. Yet, when I ask people why they try to make the journey if they know how dangerous it is, they say that if I am asking this question, I don’t understand what they are fleeing from. They would rather be dead than spend one more day in Libya.

If it were not for ships like ours, there would be no one there to save them. In a context where the fragility of life is so brutally apparent, it seems obvious this work of saving lives at sea remains of vital importance. But there are people who disagree with the provision of a humanitarian response for those fleeing from Libya across the water.

"We must find a way to reconcile the discrepancy between the politics of fear and exclusion, and the people we endeavour to save."

To the extent that I usually advise our MSF team onboard not to read comments on newspaper articles or social media articles featuring our work. Indeed, looking at the headlines, finding ways to bridge the divide between public perception and what we do can feel insurmountable.

But we must find a way to reconcile the discrepancy between the politics of fear and exclusion, and the people we endeavour to save.

Onboard the Ocean Viking, we are privileged to gain a first-hand insight into the lives of those we rescue. I wish everyone could spend even just one day in the presence of the humanity that characterises our mission: to meet the people Europe has condemned. Through following our work, please allow us to introduce you. Perhaps, then, the overcrowded boat would no longer exist.

Six reasons why we are back at sea to save lives >