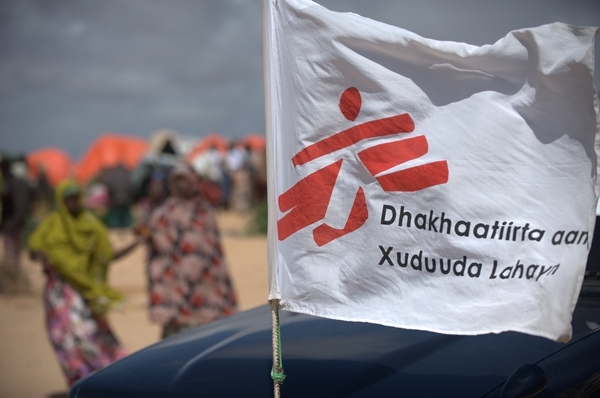 Somalia: Crisis far from over

Though media attention has faded, Somalia remains in the grip of a major humanitarian crisis. This is strikingly clear from the reports of the patients and staff of Médecins Sans Frontièrs/ Doctors Without Borders (MSF).

Dr Abdirasak Sheikh Abdiwahab works in MSF’s feeding centre for severely malnourished children in the port city of Kismayo, southern Somalia. “The cases are many," he says.

"There is no public hospital here so we work from a small rented building to look after the malnourished children. We usually have between 80 and 120 patients.”

The treatment centre in Kismayo attracts people from up to 60 kilometres away.

The mother of one patient, who wished not to be named, comes from Kismayo but had to flee the town years ago due to Somalia's civil war. After living in a refugee camp for eight months, she returned to Kismayo when her son fell ill.

“When I got back to Kismayo I was told an MSF hospital had opened where young children are treated so I brought him here. We’ve been here in the hospital for 17 days," she says.
"Good service is not in short supply. The staff wake up my son for milk at different times during the night. Every time they do so they check his condition and control his fever. If he’s having diarrhoea they give him medication. There is non-stop care and attention.”

Back home in her village, the health needs are clearly very high. “The [MSF] cars go out to collect patients from everywhere,” she says.

“Patients are put on the side of the road where they can be picked up. MSF is greatly helping the people who are in real need.”

Elsewhere in Somalia, the situation is similar. Around the village of Guri El, for example, months without food have begun to take their toll.

Dr Faiza Adam Abdirahman works in the MSF hospital in Guri El: “We were over capacity, it was difficult to manage,” he says.

“We have a capacity of 40 but we had as many as 160 children. They were all very weak. They came to us with high fever and we were giving them vitamin A, and those with nutritional problems we treated accordingly. On top of measles most also have other infections like pneumonia, which we have treated.”

Back in Kismayo, measles has also started to spread with the onset of the rainy season. “Currently, we treat all measles cases no matter the age,” says Dr Abdirasak.

“But, due to the high numbers of malnutrition cases, we can only treat the most severe under five years old.”

In the period from May to December 2011, MSF was running 22 projects in different parts of Somalia and in Somali refugee camps in Ethiopia and Kenya.

In this period, during the height of the crisis, MSF treated 78,500 patients for severe malnutrition and more than 30,000 for moderate malnutrition.

More than 7,200 patients for measles were treated and 255,000 people were vaccinated against disease in the Horn of Africa.