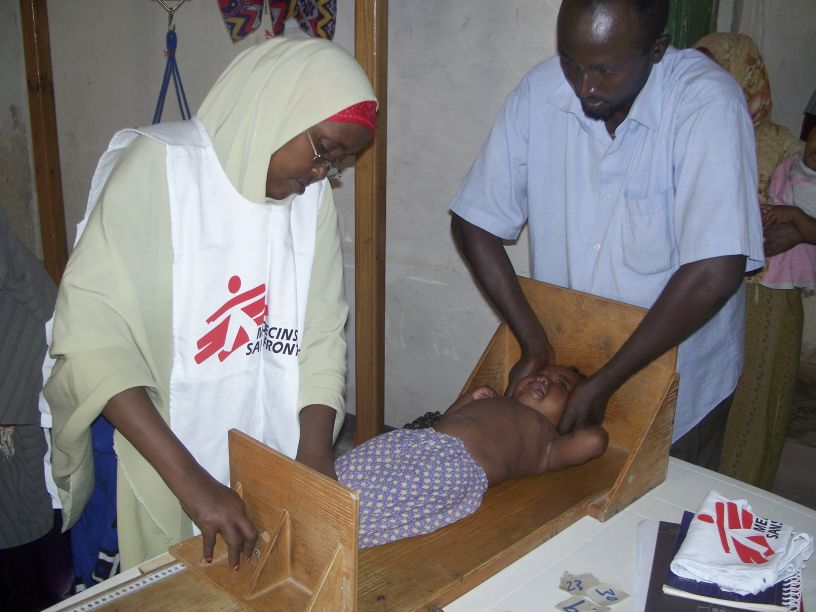 66 women and children injured by indiscriminate shelling have been admitted to Daynile Hospital, Mogadishu, Somalia

As fierce fighting once again grips Somalia’s capital, Mogadishu, the medical humanitarian organisation Médecins Sans Frontières (MSF) has admitted 89 people suffering from blast injuries to its hospital in the Daynile area of the city between 29th January and 2nd February. Of these, 66 were women and children.

“The numbers of injured women and children that we received in just over 72 hours is not ‘collateral damage,’ it’s a total lack of regard for the safety of civilians.” says Axelle de la Motte St. Pierre, MSF head of mission. “The situation in Mogadishu is incredibly complex and all parties are to blame for the high numbers of deaths and injuries, but indiscriminate shelling into densely populated areas is totally unacceptable.”

In 2009, just under half of the 1,137 people admitted to Daynile Hospital suffering from blast injuries were women and children under the age of 14.

MSF calls on all belligerents, including the Transitional Federal Government (TFG), the African Union Peacekeeping force (AMISOM) and opposition groups to take all measures to minimise the risk of civilian casualties through a full implementation of the principles of distinction and proportionality.