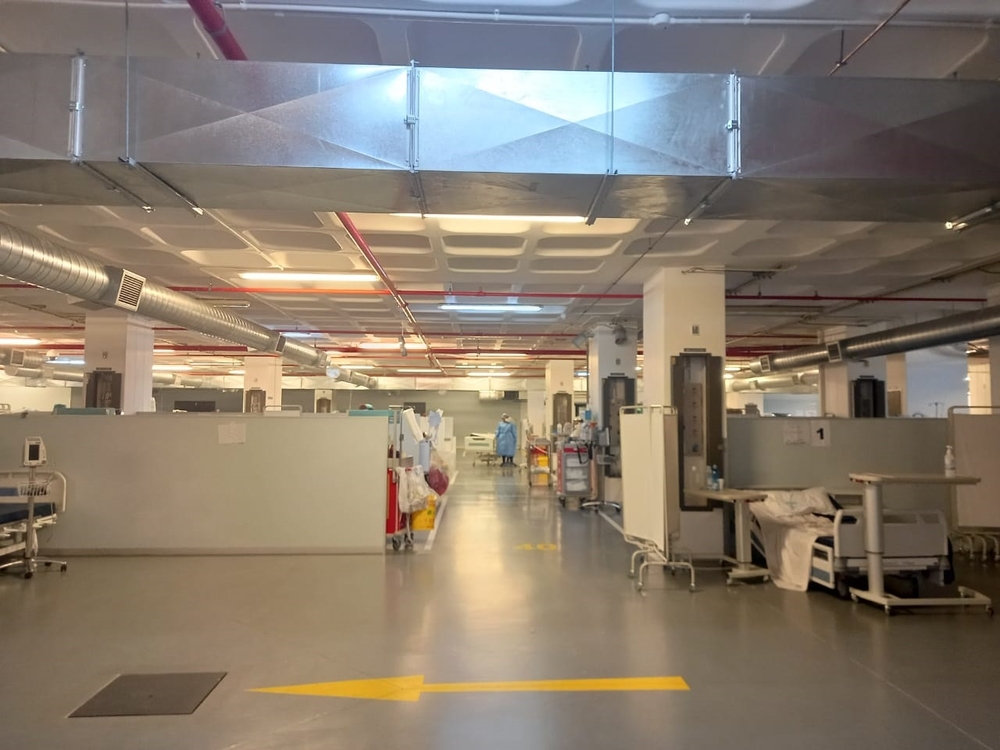 MSF and South Africa’s People’s Health Movement also call for long overdue patent law reform Johannesburg/Geneva, 9 February 2022 — With patents in South Africa likely to undermine people’s access to COVID-19 treatments and vaccines, Médecins Sans Frontières/Doctors Without Borders (MSF), along with People’s Health Movement (PHM), called on the South African government to seek the revocation of the patents granted to pharmaceutical corporations Eli Lilly and Moderna on a COVID-19 medicine and an mRNA vaccine. The groups also called on the South African government to take urgent steps to reform the country’s outdated patent law that leads to the proliferation of unmerited patent monopolies. 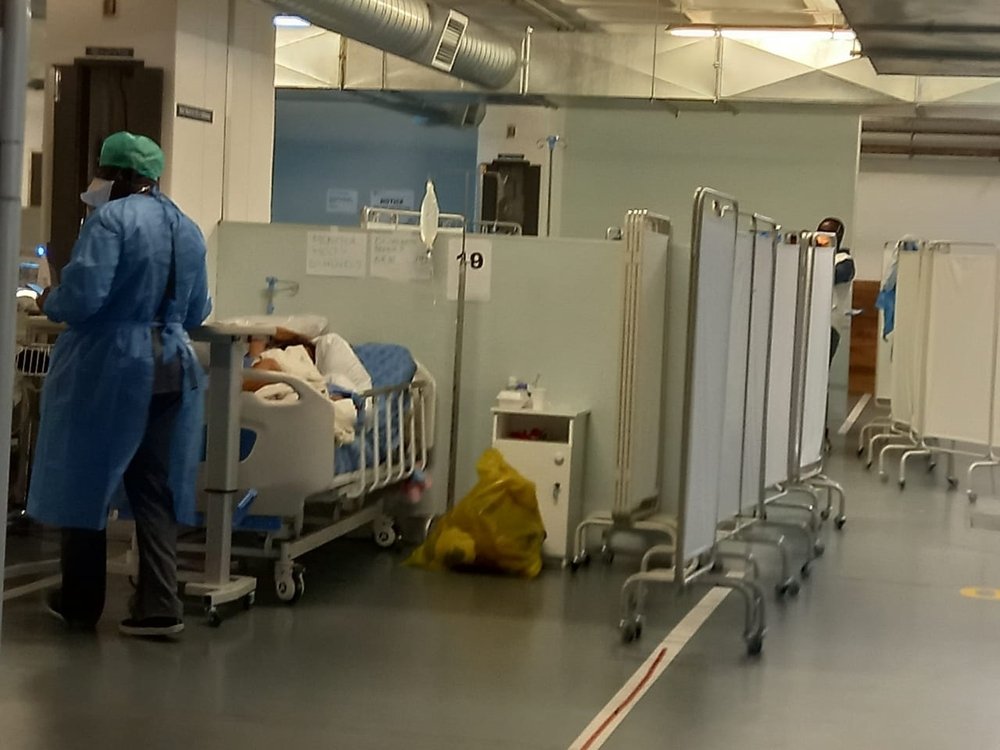 MSF
The Livingstone hospital's COVID-19 ward which MSF has been active in since June 29. The ward is located in a converted basement which functions as the hospital's primary COVID-19 ward. (August 2021).

A patent granted in South Africa to US corporation Eli Lilly for baricitinib is currently limiting access to affordable generic versions of this medicine that was recently recommended by the World Health Organization (WHO) for people with severe and critical COVID-19*. 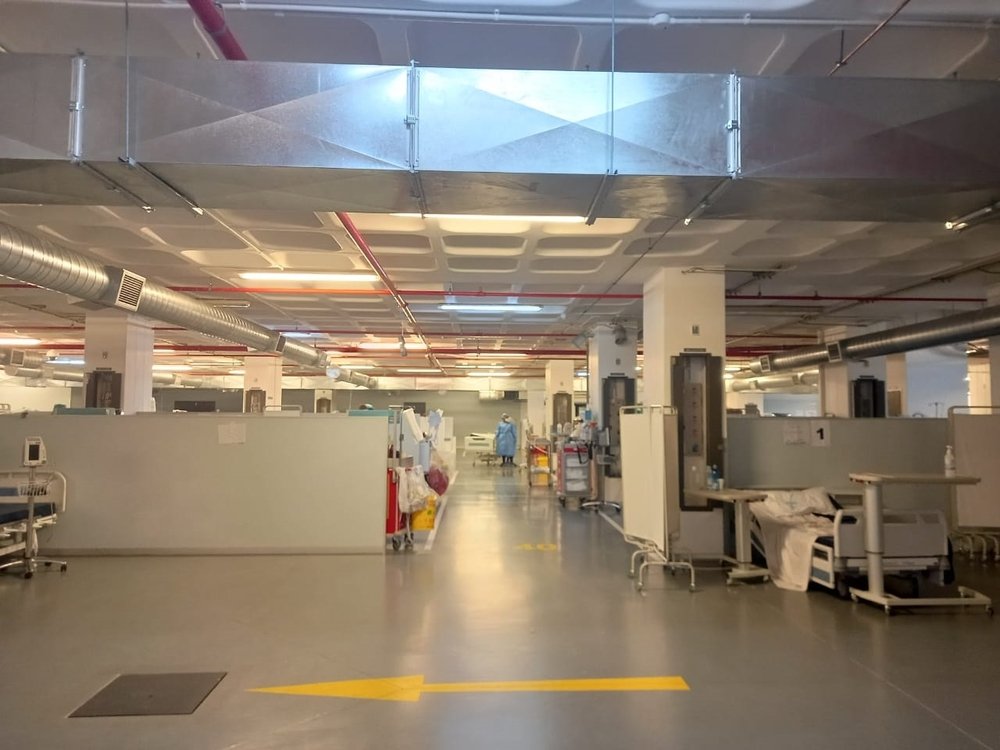 Baricitinib is an oral drug that is easy to administer, especially in resource-limited settings, such as those where MSF operates. 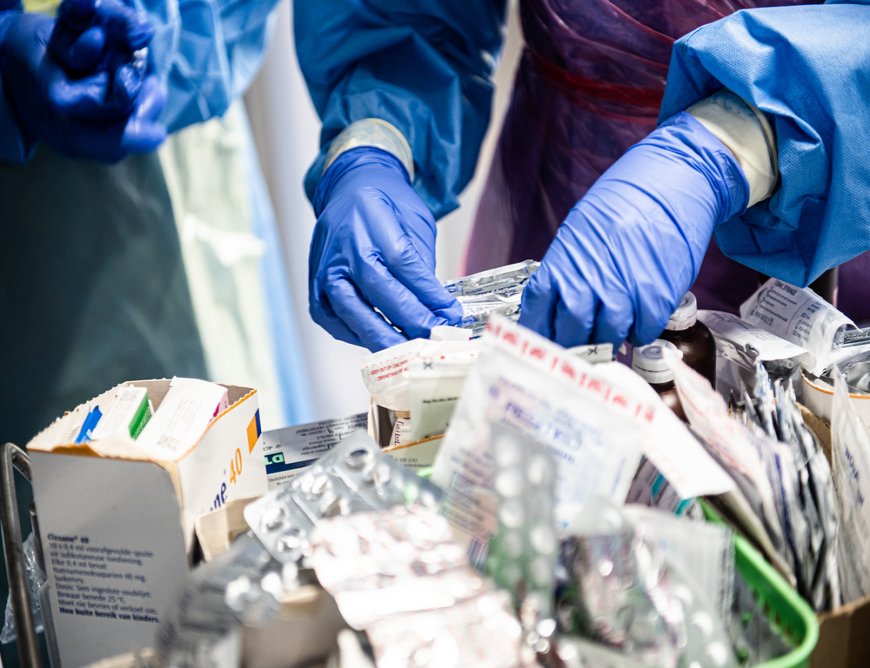 MSF/Chris Allan
COVID-19 ward. (February, 2021).
However, Eli Lilly’s patent monopoly on baricitinib in South Africa blocks production and access to these lower-cost generic versions in the country, so the price of baricitinib, provided by Eli Lilly, would remain prohibitive in South Africa, at $270 per 14-day treatment course.

Additionally, licenses Eli Lilly signed with Indian generic companies in May 2021 are restrictive and do not open up affordable generic supply to South Africa and many other countries. 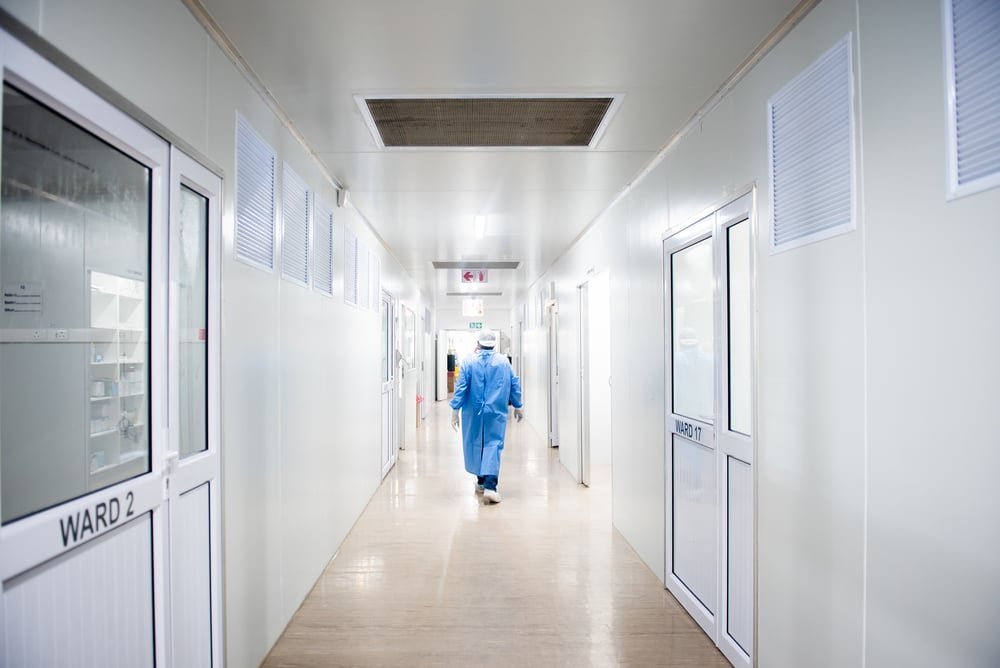 “It is outrageous that people in South Africa are being denied access to lifesaving COVID-19 treatments like baricitinib because of patents,” said Dr Tom Ellman, Director of MSF’s Southern Africa Medical Unit.

“While rich countries have been hoarding COVID-19 tests, treatments and vaccines, the South African government has failed to address domestic access to medicines issues."

"It is time for the South African government to seek the revocation of the patent granted to Eli Lilly on baricitinib so that lower-cost generic versions of this medicine are available to people who need them."

“While rich countries have been hoarding COVID-19 tests, treatments and vaccines, the South African government has failed to address domestic access to medicines issues"

"South Africa needs to reform its patent law and must pull through on commitments to closely scrutinise all patents going forward to remove barriers that may hinder access to lifesaving medical tools.”

In addition to patent barriers on COVID-19 treatments, local production of COVID-19 mRNA vaccines may be affected by the fact that South Africa has granted Moderna at least three patents related to mRNA vaccines. 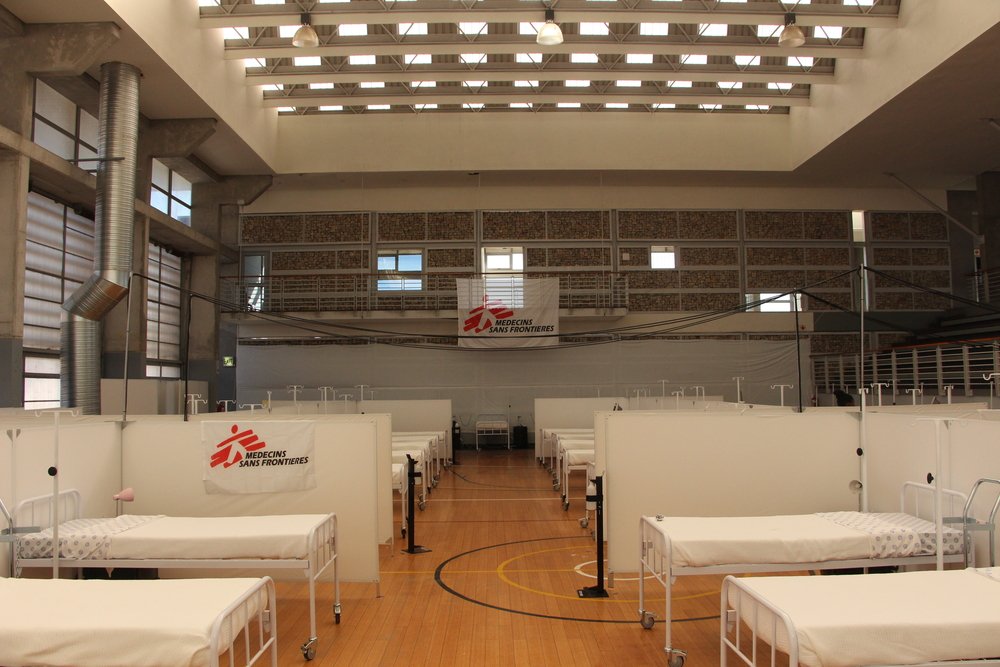 MSF/
MSF opens a COVID-19 treatment facility to meet the needs of the local community during the epidemic. (May, 2020).

Particularly, these patents could create legal risks of potential patent disputes for entities that acquire technologies from the COVID-19 mRNA Vaccine Technology Transfer Hub in South Africa, established in collaboration with the World Health Organization (WHO). 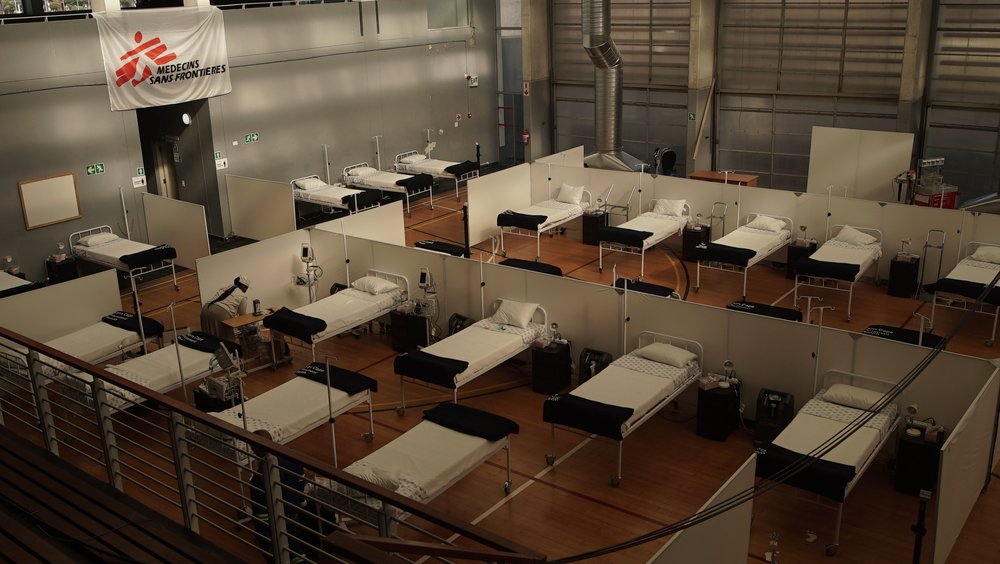 Moderna announced in October 2020 that it would not enforce its patents related to COVID-19 mRNA vaccines during the pandemic but also created uncertainty at the time by stating that the pandemic might end within a year.

“The patents granted to Moderna related to mRNA vaccines may jeopardise the success of the World Health Organization’s mRNA Vaccine Technology Transfer Hub as well as the future of self-reliant vaccine production in South Africa, and should be immediately revoked,” said Candice Sehoma, MSF Access Campaign’s Advocacy Advisor for South Africa. 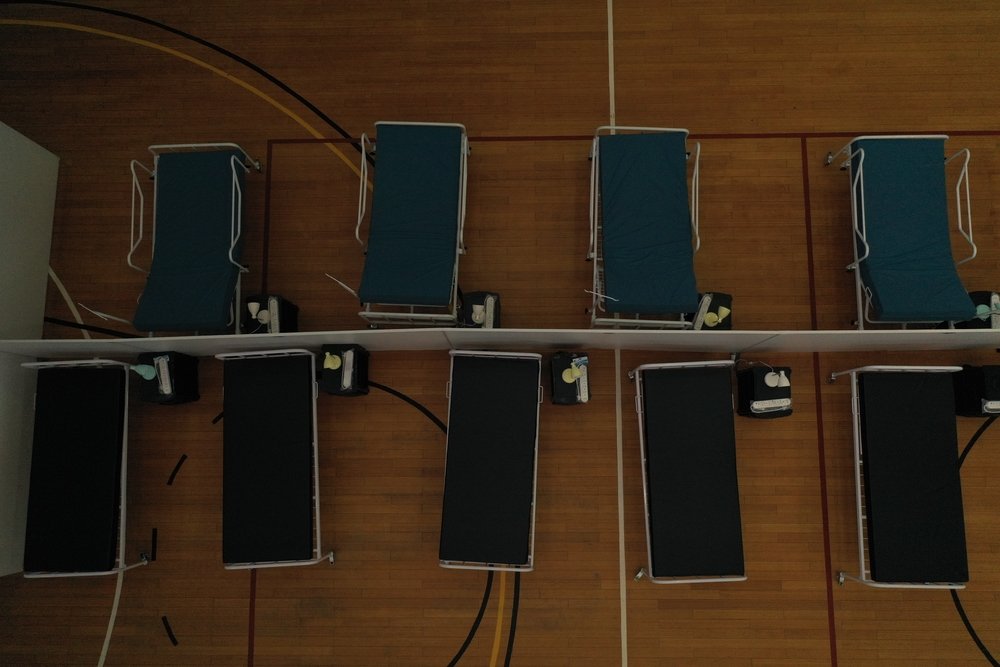 “While South Africa continues to lead on the landmark ‘TRIPS Waiver’ proposal at the World Trade Organization, the government should also take immediate actions to address access to medicines barriers domestically, and prioritise patent law reform.”

This has led to the proliferation of unmerited patents on medicines and vaccines in the country.

“While South Africa continues to lead on the landmark ‘TRIPS Waiver’ proposal at the World Trade Organization, the government should also take immediate actions to address access to medicines barriers domestically, and prioritise patent law reform.”

Patent barriers can prevent price-lowering competition among generic producers and are a long-standing concern for access to medicines.

In response to advocacy efforts by civil society organisations, the South African government committed to driving forward reforms to the patent law in 2013 and adopted a revised IP policy in 2018, but this will only be effective when signed into revisions of national law. 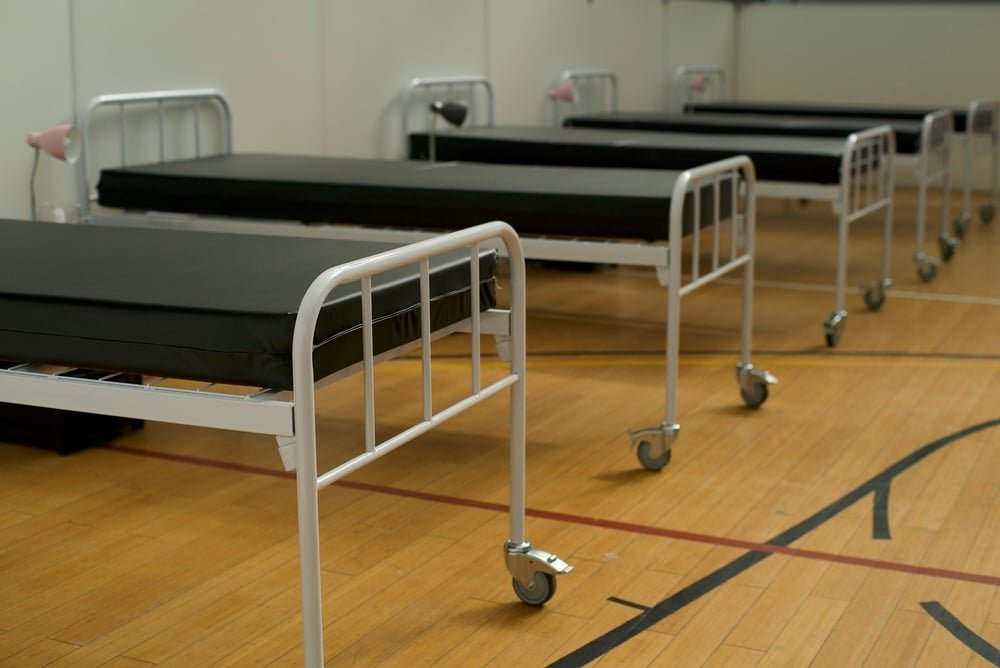 It is unacceptable that this process continues to be delayed, especially during a global pandemic where patent law reform could foster local production and supply and make COVID-19 medical tools more accessible to people who need them.

“The global inequity in access to COVID-19 medical tools has made it abundantly clear that South Africa needs to focus on creating independent, local production and supply of vaccines and treatments in order to ensure access for people in this pandemic and beyond,” said Lauren Paremoer, member of the People’s Health Movement in South Africa.

"We’ve said it before, and we’ll say it again: medicines shouldn’t be a luxury”

[lauren paremoer][member of the people's health movement in south africa]

"We’ve said it before, and we’ll say it again: medicines shouldn’t be a luxury.” 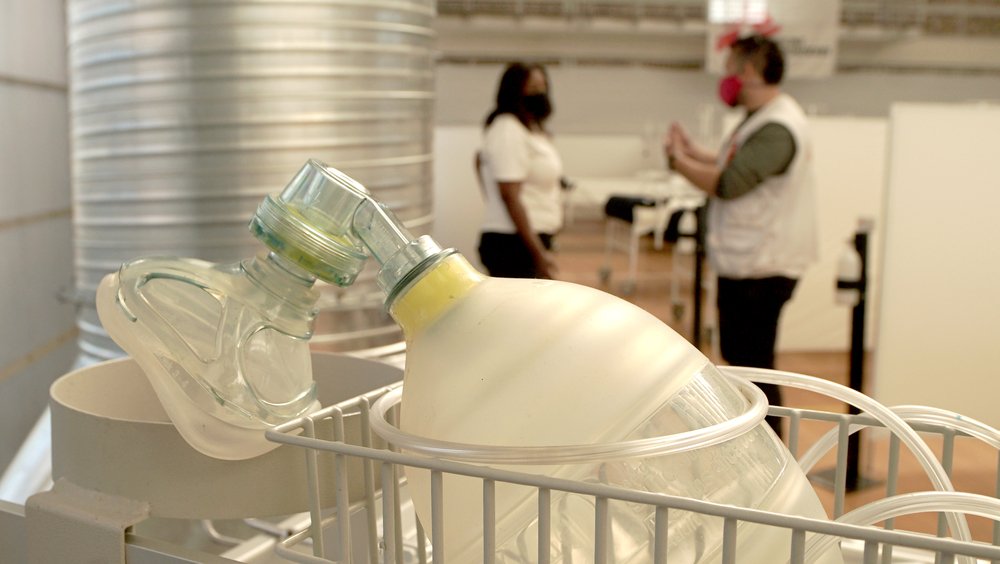 * The WHO recommended dose of baricitinib in people with COVID-19 is 4mg once daily for 14 days and was recommended as an alternative to tocilizumab. Baricitinib is an oral drug already approved for other indications such as rheumatoid arthritis.

In addition to supporting the TRIPS Waiver proposal, MSF and PHM call on governments to use all legal and policy tools to facilitate uninterrupted production and diversity in supply of COVID-19 medical tools, including the full use of existing TRIPS flexibilities for public health safeguarding. MSF and PHM also urge all governments with sufficient COVID-19 vaccine doses to immediately redistribute excess doses to the COVAX Facility or regional bodies. MSF urges the US and German governments to pressure Pfizer-BioNTech and Moderna to share mRNA vaccine technology and know-how with manufacturers in low- and middle-income countries, and for all governments to support the WHO COVID-19 mRNA Vaccine Technology Transfer Hub with financial and political support.