Around one-quarter of the medical assistance provided by Médecins Sans Frontières/Doctors Without Borders(MSF) is for people caught in armed conflict.

At risk of indiscriminate attacks as well as targeted violence, many civilians living through wars are faced with a wrenching choice: flee their homes or try to survive under siege. Conflict disrupts every aspect of daily life, jeopardising access to even the most basic needs, like food and medical care.

In conﬂict zones around the world, MSF provides lifesaving medical care based on needs alone. In countries convulsed by ﬁghting—from Yemen to Syria to South Sudan and many more—our teams treat both the direct consequences of war and provide basic medical services when national health systems have collapsed. We set up operating theatres and clinics, run nutrition programs, ﬁght disease outbreaks, and provide medical and mental health care for victims of sexual violence, among other essential services. 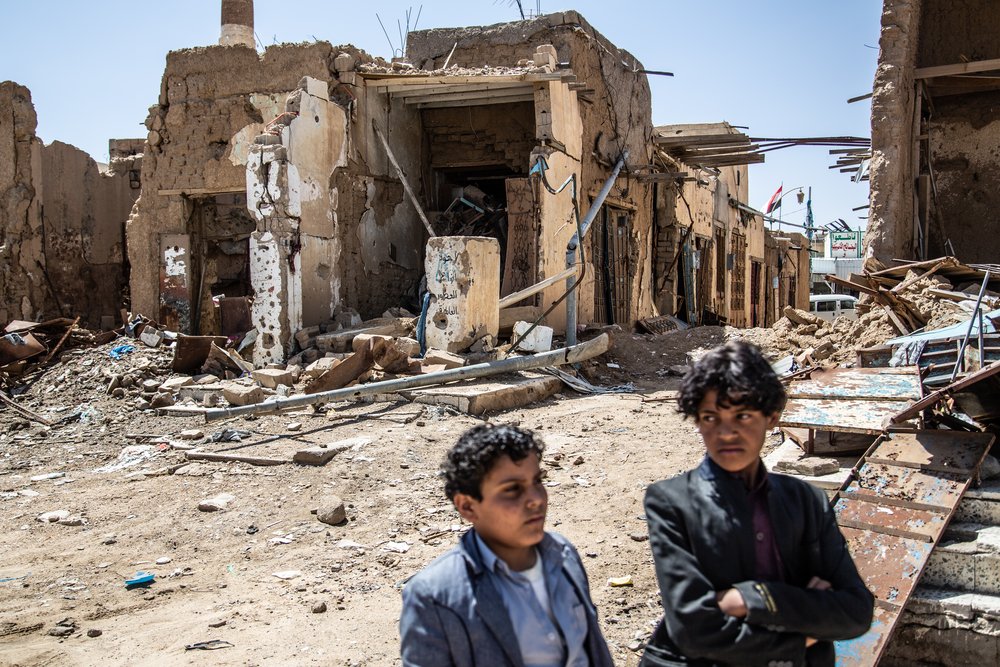 Agnes Varraine-Leca/MSF
Two boys stand outside a park and several shops that were bombed in an airstrike near the old city of Saada, Yemen. The region has borne the brunt of airstrikes carried out by the Saudi and Emirati-led coalition (SELC), targeted by almost a quarter of all recorded air raids in Yemen since March 2015. Yemen 2019 © Agnes Varraine-Leca/MSF

In Yemen, where more than four years of war have caused tens of thousands of deaths and left the country’s health system in ruins, MSF teams have treated more than 100,000 people for injuries related to the conﬂict. We’ve also provided hundreds of thousands of outpatient consultations and supported many health facilities with supplies, including assistance to provide salaries for public health staff, many of whom have not been paid by the government since the war began in 2015. 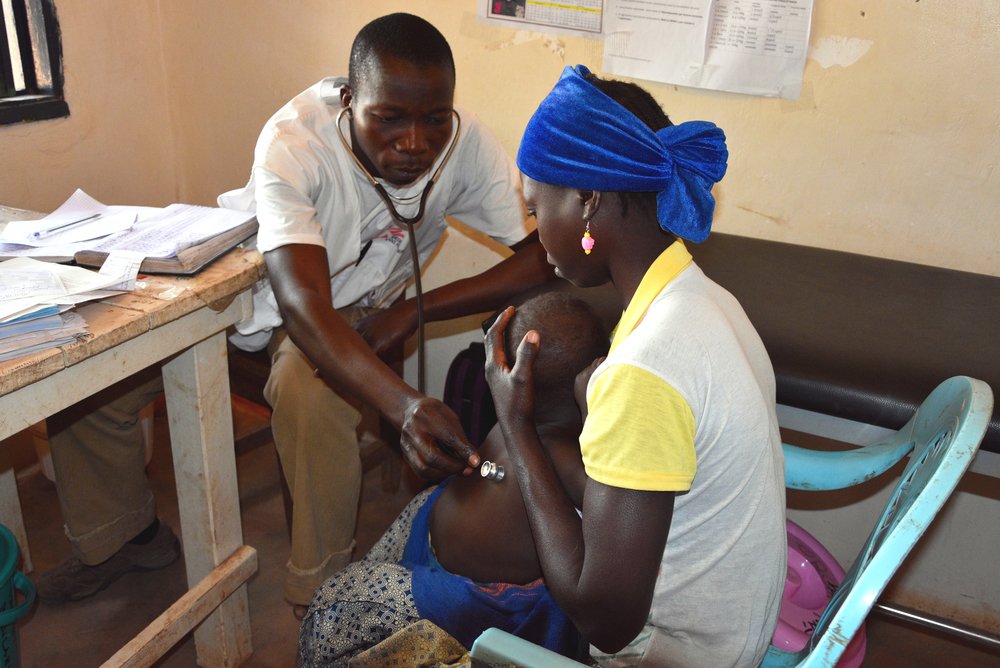 MSF is the largest provider of health care in the Central African Republic (CAR), a country shattered by the civil war that began in 2013. Though a peace agreement went into effect in early 2019, the situation remains fragile, and violence and lawlessness are still common. Across CAR, many people do not have access to basic health care. Our teams provide medical services including vaccinations for preventable diseases, testing for malaria and malnutrition, sexual and reproductive health care, and trauma surgery in health facilities throughout the country. 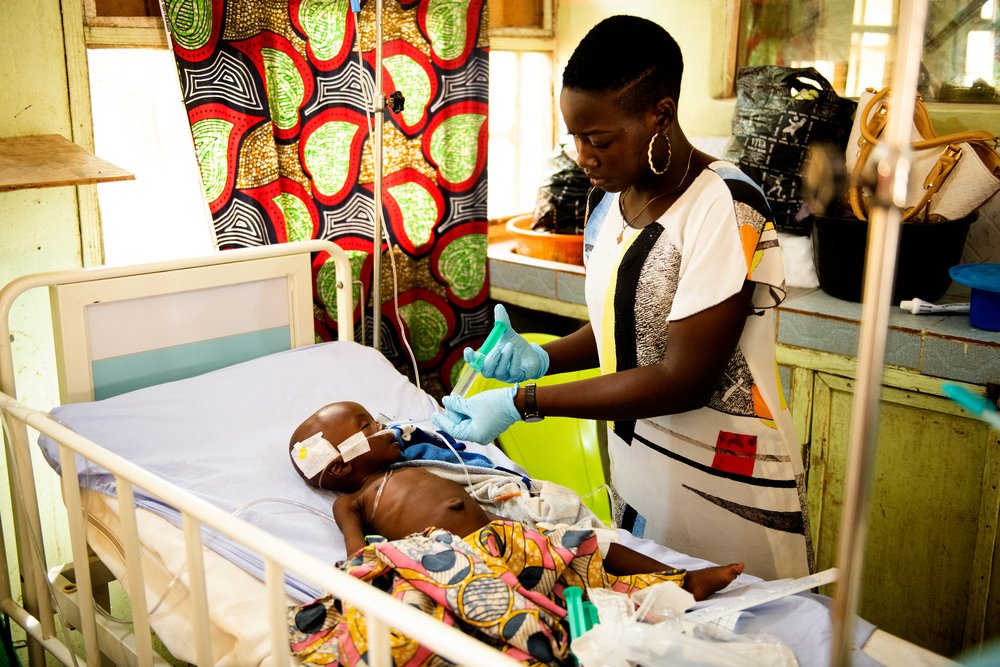 Benedicte Kurzen/NOOR
Nurse Sarah Bature is treating a child suffering from the consequences of malnutrition at the High Dependency Unit of MSF’s paediatric ward at Anka General Hospital. Nigeria 2019.

In Nigeria, conﬂict continues to simmer across the northeast even as insecurity and violence have escalated in other regions. Violence by criminal armed groups in the northwestern state of Zamfara has caused tens of thousands of people to ﬂee their villages. With farms abandoned, a nutrition crisis looms. In the town of Anka, where many displaced people have gathered, MSF runs a pediatric ward at the general hospital, providing treatment for malnutrition, malaria, and other ailments. 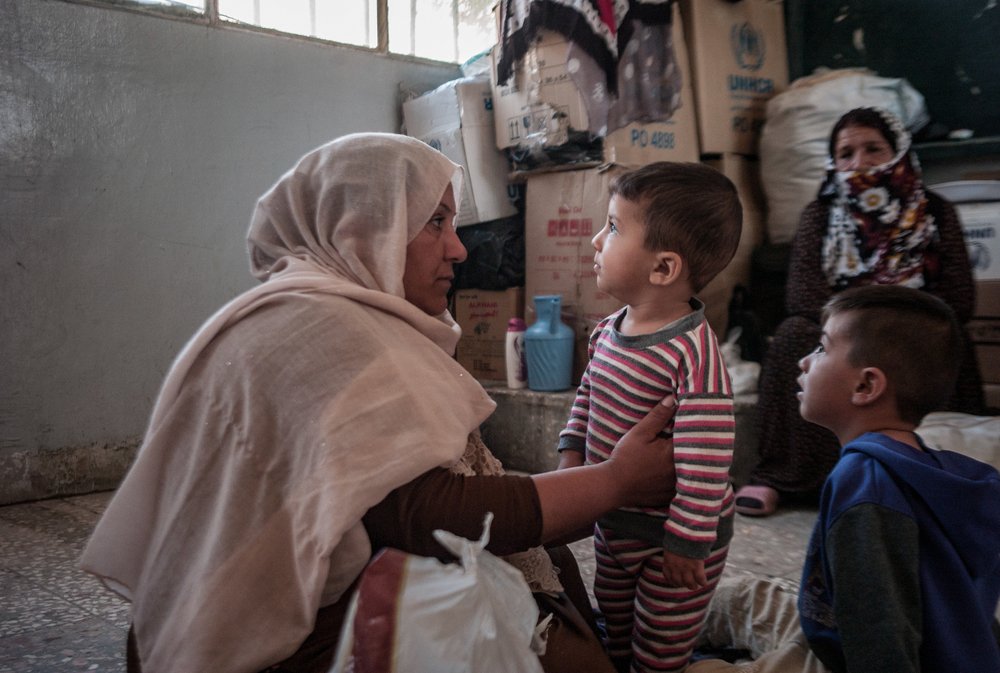 Jake Simkin
Miriam fled with her four children from Ras Al Ain to Hasakah where she is housed in a school as temporary shelter. Syria 2019.

Conﬂict also forces extremely difficult decisions. In Syria, a country devastated by more than eight years of civil war, MSF was forced to evacuate international staff and suspend most activities in the northeast in October amid heightened insecurity following the US withdrawal from the region and launch of Turkish military operations. We are continuing our work in other parts of Syria. MSF reiterates its call on all parties to the conﬂict to provide humanitarian organisations with safe access to civilians in this time of urgent need. We are also stepping up medical and mental health care for people who have ﬂed to neighbouring areas in Iraq.