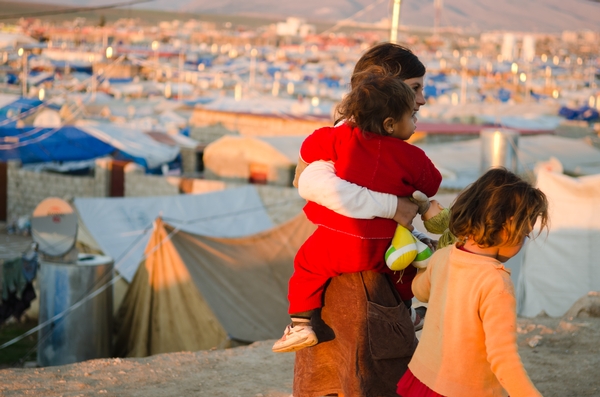 Most diplomatic discussion on Syria has focused on the recent chemical weapons attack in al Ghouta, eastern Damascus. Meanwhile, the residents of this area continue to face daily bombings and a blockade that deprives them of the food and medicines that they need to survive. And humanitarian assistance is not even on the agenda of international negotiations.

There is a striking contrast between the intense diplomatic activity around the Syrian crisis and the absence of initiatives to increase lifesaving aid to the Syrian people.

The use of weapons of mass destruction in Syria marked a new step in the war, and has been denounced around the world and across the political spectrum. But the death of tens of thousands of civilians by other means, and the denial of vital humanitarian aid for millions, seems to meet with quiet acceptance.

For the past two years, the bulk of international humanitarian aid – provided by the UN and the International Committee of the Red Cross (ICRC) – has been channelled through Damascus and distributed according to the whim of the government. This same government prohibits the provision of medical assistance to people living in opposition-held areas.

These  areas are subject to intense bombing, targeting health centres as well as all those people – from bakers to doctors – who are trying to help the population. Just a few days ago, a field hospital in al Bab, northern Syria, was bombed by the Syrian airforce, killing nine patients and two medical staff.

Some members of the armed opposition have also been involved in criminal behaviour against ordinary Syrians, aid workers, journalists and prisoners of war. While other members of the opposition may disavow these acts, the abuses persist, and continue to hinder the distribution of humanitarian aid where it is already cruelly lacking.

The armed groups of the opposition must collectively commit to improve the safety of civilians, journalists and aid workers.

Despite the generosity of neighbouring countries, which have taken in more than two million refugees, people fleeing the violence in Syria still face enormous difficulties crossing the borders out of Syria, and insecurity and destitution once they succeed.

Médecins Sans Frontières (MSF) calls upon states and international organisations to make humanitarian aid to the Syrian people a priority. As a first step, the humanitarian blockade crippling Syrians living in opposition-held areas must be lifted, starting with the eastern suburbs of Damascus whose residents have been exposed to chemical weapons and are still facing bombing raids and a blockade.

All diplomatic efforts must be taken to ensure that UN agencies, the ICRC and NGOs are able to provide emergency assistance to the people of Syria, either from Damascus or from neighbouring countries.

More generally, allies of both the Syrian government and the opposition should put pressure on their partners to commit to ensure the safety of civilians, journalists and aid workers.

As humanitarian aid workers, it is not for us to take a position on possible retaliation for chemical weapons strikes or on an armed intervention. However, we are duty bound to speak out when aid is so demonstrably being prevented from reaching the people who need it most.

Médecins Sans Frontières teams made up of international and Syrian staff operate six hospitals and four health centres in the north of Syria. Between June 2012 and July 2013, MSF teams in Syria carried out more than 66,000 medical consultations and 3,400 surgical procedures and assisted 1,400 births.