Ukraine: People in the Kherson region "hadn't seen a doctor in months"

Médecins Sans Frontières works in southern Ukraine to provide support in the areas recently retaken by the Ukrainian forces. When they arrived in Myrolyubivka, a village approximately 20 kilometres north-west of Kherson, our teams realised that people there hadn’t seen a doctor in months. Project coordinator Robin Ehret describes the situation.

Myrolyubivka, a village roughly 20km north-west of Kherson, was under Russian control from the end of February till it was retaken by the Ukrainian army on 11 November. I first went there with a small team to assess the security situation and find out what people needed. Back in Mykolaiv, where our teams are based, we had no information, since all the networks in this village had been destroyed: telephone and internet, but also water and electricity. Many inhabitants of the Kherson region are in a similar situation.

On our first visit, on 26 November, we met the members of the local council to discuss how we might help. We quickly realised that there was no medical personnel in the village. The one doctor working there had left months before. For more than eight months, the 700 odd residents had very limited access to health care.

A volunteer from the community had been doing her best to run a small healthcare facility. She gave out medicines based on the prescriptions that people were given by the doctor before he left. She managed on her own for months, which is quite impressive. We decided to come back quickly with a mobile clinic. She became our contact within the community and helped to spread the news of our presence. 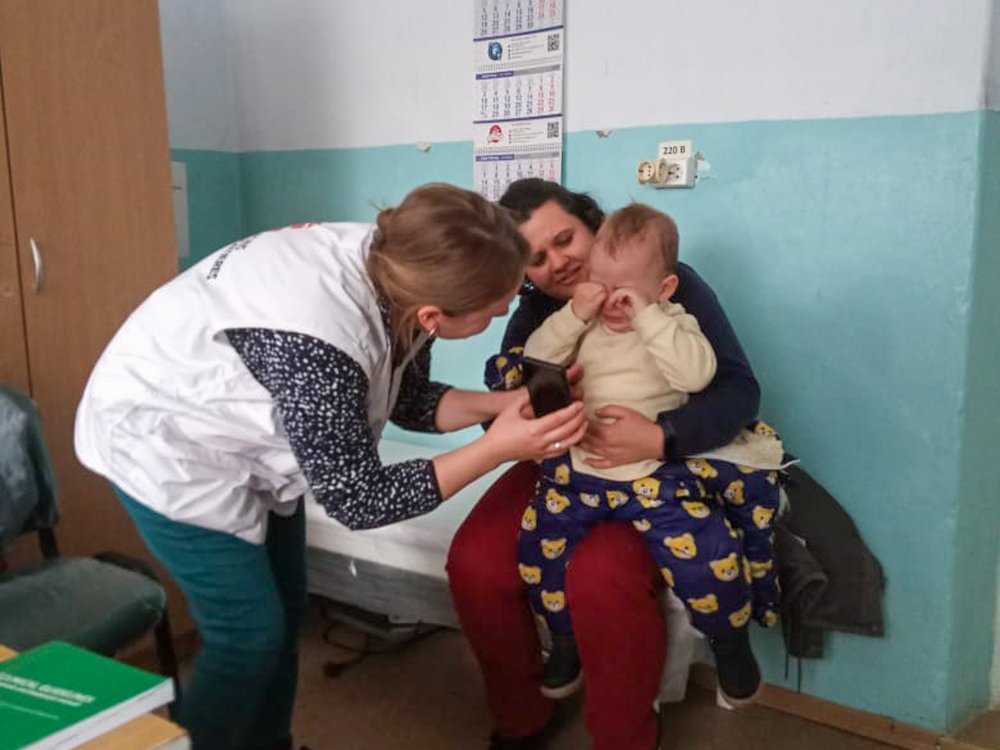 Robin Ehret/MSF
Medical consultation in Mobile clinic in Myrolyubivka, a village located some 20 km from Kherson.

When we came back on 28 November with a doctor, a nurse and a psychologist, we found about 30 people waiting for us. Most of them suffered from chronic diseases, such as hypertension or diabetes. There is no ambulance in Myrolyubivka, so the patient referral system is not working. In case of emergency, one has to find a private car to reach Kherson, which is complicated because the city has been under almost constant shelling for a week.

Our psychologist also offered some consultations, mainly to people suffering from war-related trauma. They went through intensive shelling, some lost a family member. We treated two children who had lived in a cellar for eight months. People tell us sometimes about how they coped during this period but they still find it difficult to open up about what they experienced.

The front line is about 20 kilometres away and Myrolyubivka is not being targeted by shelling at the moment. However, during the consultations, explosions from the demining operations could be heard. We know that there are two other villages in the vicinity that are completely inaccessible: there is no mobile or landline network that’s working and the roads are mined, as is often the case in the region. We have not been able to reach these places and we know there are several hundred people virtually blocked there – the only way out is on foot. We don't know what the medical needs might be there, but we are following the demining operations closely, so that we can get there as soon as possible.

donate now to save lives