A vaccine against hepatitis E: Hope in the fight against a neglected disease

For more than 20 years, Médecins Sans Frontières (MSF) teams have been confronted with outbreaks of hepatitis E; frustrated by its impact on patients, and unable to treat it or offer a vaccination. In 2022, in a world first, this changed as MSF, together with the South Sudan Ministry of Health, carried out the first vaccination campaign against hepatitis E in response to a public health emergency.

Inspired to study epidemiology after seeing the impact of hepatitis E, MSF doctor Iza Ciglenicki and Water and Sanitation Specialist Etienne Gignoux are now advocating for the use of the world’s only vaccine against hepatitis E. Here they look back the long road to achieving the vaccination campaign.

“We were in Morney, Darfur, Sudan in 2004, running the hospital in the middle of a huge camp for people displaced by the violence," says Iza Ciglenecki, who now works as MSF's Operational Research Coordinator. “As a doctor, I was in charge of the intensive care unit, where we received patients with a severe form of hepatitis E. Half were pregnant women. These patients were not only experiencing jaundice, but also liver failure. We had no treatment to fight this virus, which has a fatality rate of up to 25% amongst pregnant women.

In the displacement and refugee camps where MSF works, medical teams have been observing large and deadly hepatitis E outbreaks for decades. The virus is transmitted through contaminated food and water, but despite efforts to improve water and sanitation, outbreaks are v​ery difficult to control because of the persistence of the virus in the environment. Thus, they can last for several years. 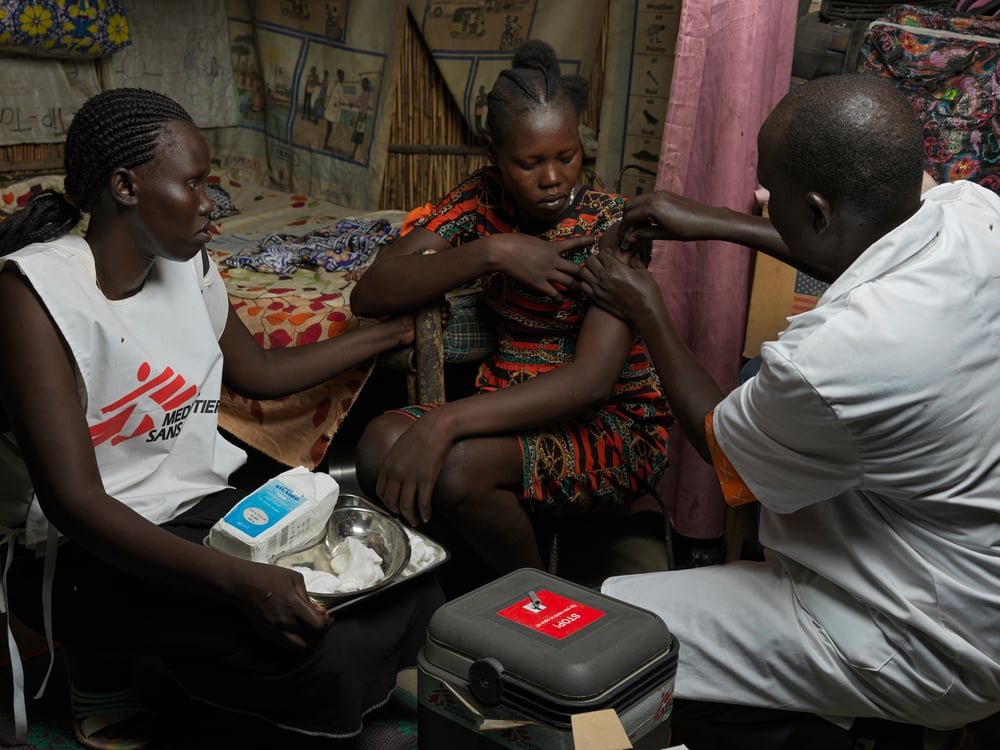 “We used to supply more than two million litres of drinking water to Morney every day, but we could not get the outbreak under control," says Etienne Gignoux, an epidemiologist and water and sanitation specialist in who worked in the camp in 2004.

Since 2011, a vaccine against hepatitis E, Hecolin®, has been produced in China. It has been through a full clinical trials process and its effectiveness rate is almost 90%. For health workers, the vaccine offers new hope in the fight against this virus. But before it could be used for the first time outside China during an outbreak, there was still a long way to go. 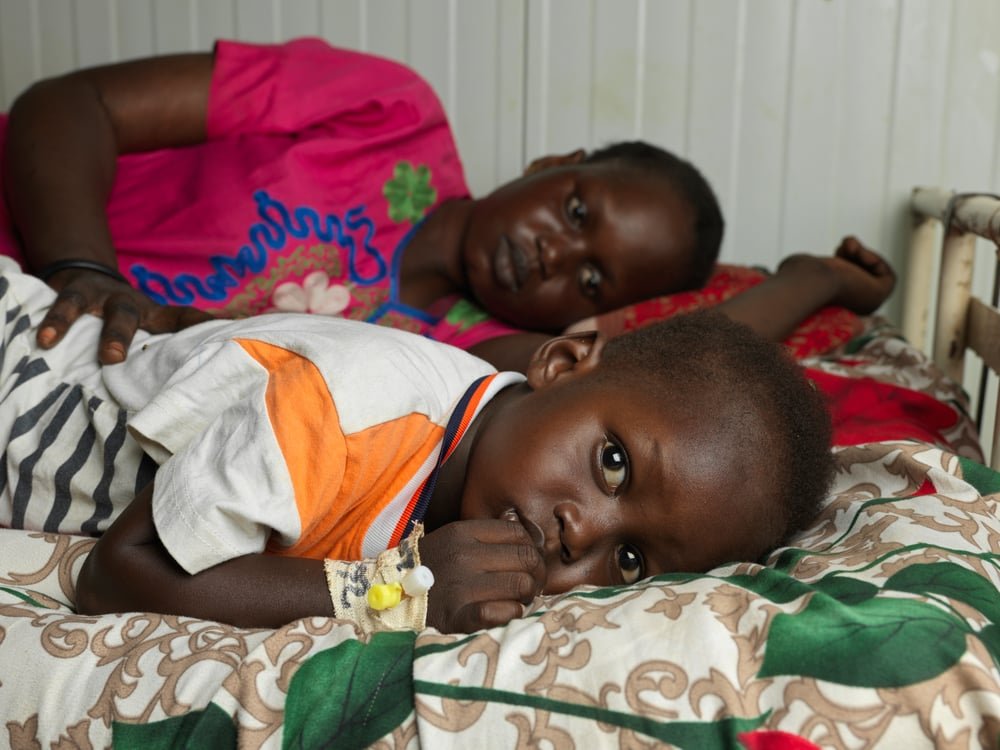 Nyaruac is the mother of two year old Jiech, who was brought to MSF hospital in Bentiu after he had a very high fever. MSF found that Jiech was positive for hepatitis E. Jiech has been in the hospital for a week but now his fever has subsided and he is ready to be discharged and go home. "I am so happy that MSF helped my son’s life because his body temperature really got me worried – it range between 39 to 40 degrees Celsius. But now he is okay. If we didn’t bring him here we would have lost him. The reason why is alive now is because we brought him to MSF", said Nyaruac.

In 2015, the World Health Organisation (WHO) recommended that the vaccine be used in outbreak settings, including among pregnant women. But hepatitis E is a little-known disease that predominately affects poor and disadvantaged people living in camps or substandard housing. The impact of this disease is largely underestimated and does not receive the attention it deserves. Until this year, no health authority had yet taken the step to implement a vaccination campaign, nor were decision-makers necessarily aware of the existence of this vaccine or the WHO recommendations.

Since 2016, MSF's medical teams have been working to make it possible to use the vaccine in future outbreaks. In 2020, when confronted with a new outbreak amongst displaced people in Burkina Faso, MSF tried to carry out a mass vaccination campaign but there were no doses available. To avoid a repeat of this scenario, in early 2021 MSF ordered and pre-positioned doses of the vaccine from the manufacturer in China, ready for shipment, in anticipation of future outbreaks. 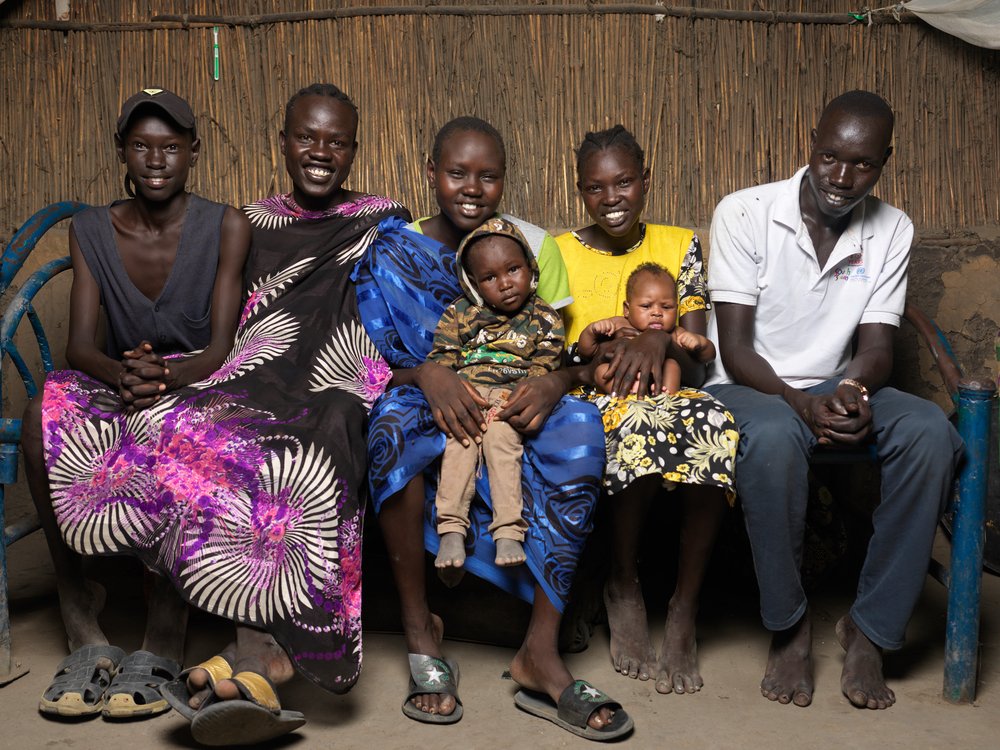 Peter Caton/MSF
Nyasunday (pictured in the middle in blue) is 19 years old and has lived in the IDP camp in Bentiu since 2014 when her and her family were fleeing conflict. For 3 weeks Nyasunday was experiencing severe pain when urinating, and then her eyes turned yellow and she had a high fever. She went to the MSF hospital to seek help and was diagnosed with hepatitis E. Fortunately, after receiving care at MSF hospital, Nyasunday is now recovering at home with her family. "When I was taken to MSF my family thought that I was going to die. MSF found that I was hepatitis E positive and treated me as soon as possible. If it wasn’t for MSF, I would have died and my family would never even know what I died of if it wasn’t for MSF. They are the reason I am back to my feet today", said Nyasunday.

In July 2021, MSF teams started to see patients with hepatitis E in the Bentiu displacement camp in South Sudan. The South Sudanese Ministry of Health (MoH) and MSF began to discuss how to use the new vaccine in the response to the outbreak. The South Sudanese authorities are well aware of hepatitis E and the dangers it poses to people, especially pregnant women who have greater risk of fatalityas well as spontaneous abortions and stillbirths. The MoH were enthusiastic about organising a vaccination campaign with the support of MSF, and the first rounds took place in March and April 2022.

About 25,000 people, including pregnant women, were vaccinated in the first two rounds. The third and final round is scheduled for October.

“After years of frustration, the success of this vaccination raises hopes in the fight against this neglected virus," concludes Iza Ciglenecki. “We hope that the success of this campaign will encourage other countries to use the vaccine to respond to outbreaks of hepatitis E.