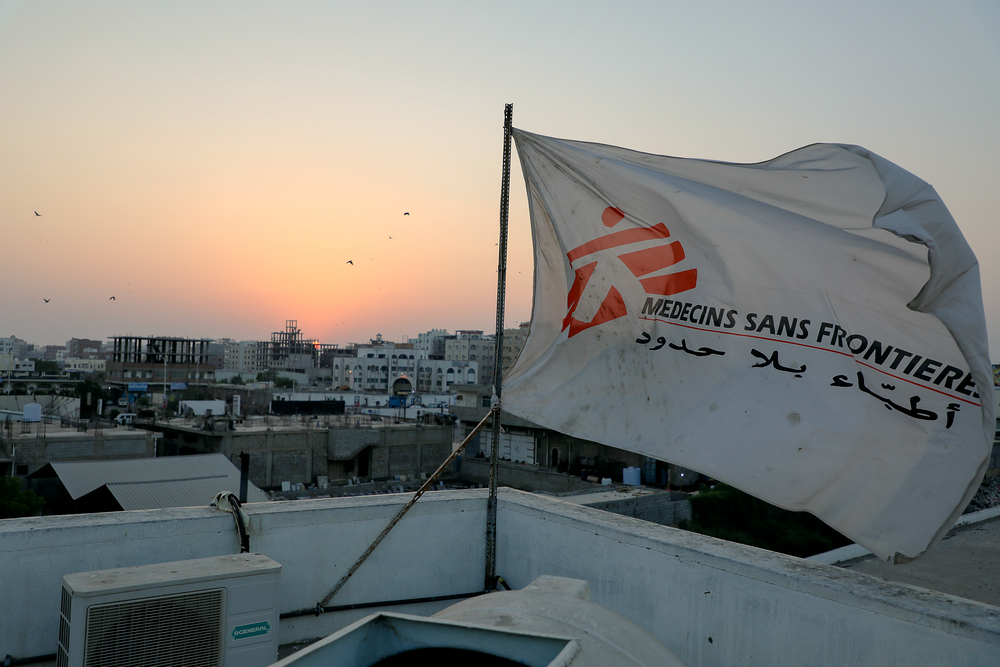 Yemen: MSF admits 51 wounded casualties within a few hours amid chaos in Aden

“It’s total chaos here. There was fighting in the city all day yesterday. Things appear to have calmed down a bit this morning, but we expect the hostilities to resume at any point," says MSF programme manager for Yemen Caroline Seguin who is in Aden.

51 wounded casualties have been admitted to the MSF hospital. 10 were dead on arrival. The hospital has 80 inpatients. “This is the third huge influx of wounded people in three weeks,” Seguin continues. A neighbourhood near the hospital was targeted in an international coalition airstrike in the early evening. “At this point it’s difficult to establish which groups control which of Aden’s neighbourhoods. The airport and the area around it are closed and there’s a real risk of being trapped by the fighting,” warns Seguin.

“Our teams are standing-by to receive more casualties. Yet again we’ve informed the various armed groups and the coalition we’re in the hospital and where it’s located," explains the programme manager. Since war broke out in March 2015, MSF facilities have been hit six times, five of them were by airstrikes launched by the coalition.

The fighting in Aden is principally between forces loyal to President Hadi and troops from the southern separatist movement, the Southern Transition Council (STC). Allies in their combat against Ansar Allah, during the past few weeks they have been fighting for control of governorates in the south.

Violent clashes have also erupted in Abyan and Shabwah governorates where Médecins Sans Frontières provides support to the health system with donations of drugs, supplies and equipment.

Between August 9 and 12, Aden was already transformed into a battlefield. MSF’s teams at the hospital admitted an uninterrupted massive influx of wounded people and provided treatment to 119 patients in less than 24 hours.