Sleeping sickness is a parasitic infection which can kill. There are 60 million people at risk.

Sleeping sickness is a parasitic infection that kills

According to the World Health Organisation (WHO), more than 95 percent of reported cases are caused by the parasite Trypanosoma brucei gambiense, which is found in western and central Africa.

The other 10 percent of cases are caused by Trypanosoma brucei rhodesiense, which is found in eastern and southern Africa.

Seventy four percent of all cases are reported in the Democratic Republic of Congo. 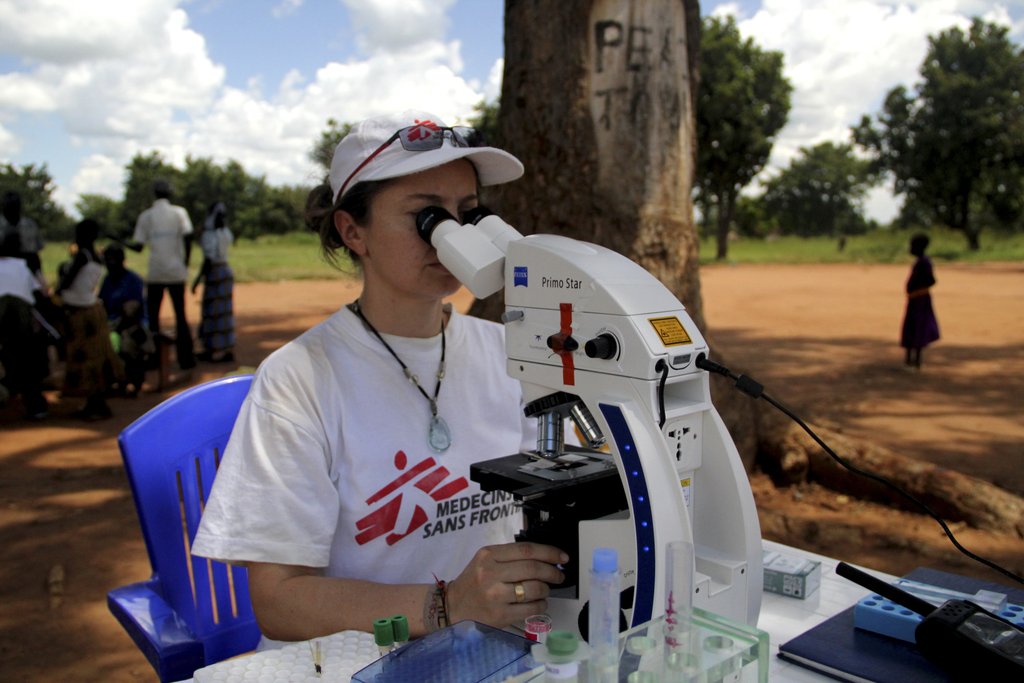 The parasite causing sleeping sickness is transmitted to humans through infected tsetse flies, which breed in warm and humid areas.

Inhabiting the vast savannah across sub-Saharan Africa, tsetse flies come into contact with people, cattle and wild animals, all acting as reservoirs for the Trypanosoma parasites.

The first stage of sleeping sickness presents with non-specific symptoms such as fever, headache, weakness, itching and joint pain.

At this stage, sleeping sickness is easy to treat but difficult to diagnose.

If no treatment is given, the parasite will invade the infected person’s central nervous system and the second stage sets in.

The second stage may be characterised by more specific symptoms, such as confusion, violent behavior or convulsions.

MSF doctor Javid Abdelmoneim travels deep into the Democratic Republic of Congo to see how MSF clinicians are screening and treating patients in a bid to make elimination of the disease a reality.

Diagnosing sleeping sickness before the second stage of the disease is difficult due to the non-specific symptoms of the early stage.

Once the parasite is detected, a painful lumbar puncture must be made to examine the patient’s cerebro-spinal fluid.

This will determine the stage of the disease and the appropriate treatment.

The type of treatment depends on the stage of the disease.

NECT is much safer than melarsoprol, the drug previously used to treat the disease. Developed in 1949, melarsoprol is often described by patients as ‘fire in the viens’; between five and 20 percent of those treated die of complications from the toxic drug.

New molecules are currently under clinical trial in the hope of developing a safe, effective treatment for both stages of the disease that can be administered orally.

MSF is currently responsible for the efficient supply and distribution of all sleeping sickness drugs used in the world today.

Prevention efforts such as vector control are crucial to our efforts to keep sleeping sickness at bay. However, exhaustive screenings require a major investment in human and material resources.