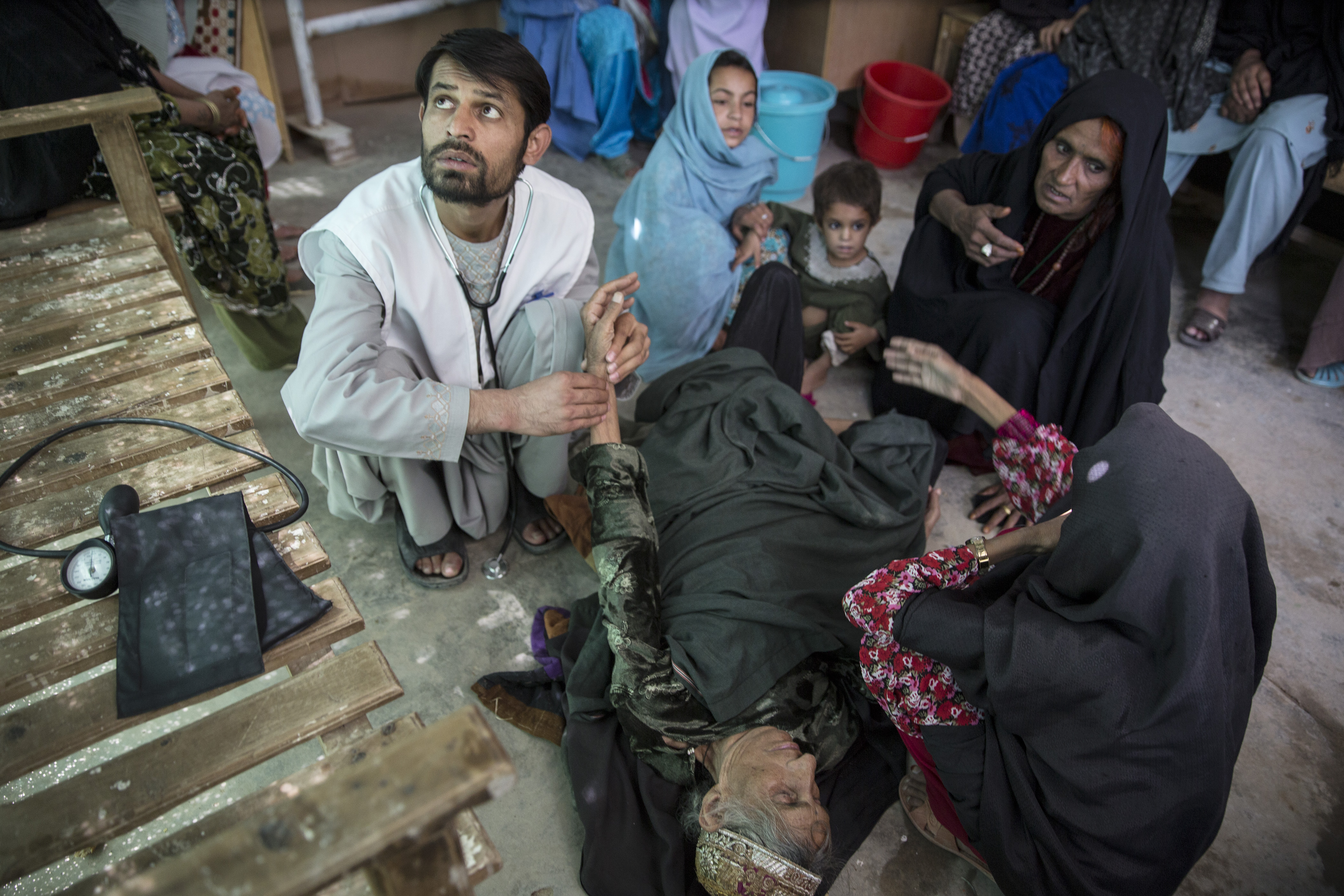 Heavy fighting in Central and Northern Helmand Province between the Afghan forces and the opposition forces has seen an increase in the numbers of war-woundedin the MSF supported Boost Hospital, in Lashkar Gah.

During the most intense phase of the fighting, from June 21 to July 5, MSF medical teams working in the hospital treated 68 patients related to the clashes, more than two-thirds of whom were civilians.

The bulk of war trauma were treated at Emergency NGO Hospital in Lashkar Gah, but this became overwhelmed from 22 June as the fighting increased and, for the first time in five years, it was forced to refer war-wounded patients to Boost hospital. As the fighting intensified, the MSF supported Boost hospital received more complex and severely wounded patients, mainly victims of explosions with diffuse trauma.

During the peak of the clashes, MSF surgeons were performing up to five surgeries a day and admitting six to ten wounded patients to the emergency room. In total, the MSF team has treated a total of 68 patients injured as a direct consequence of the fighting.

“Most of our patients have been wounded by gunshots and heavy explosions,” says Marcus Bachmann, MSF project coordinator in Boost hospital. “We have seen soft tissue injuries and we even admitted a pregnant woman with shrapnel wounds.”

In addition, placement of improvised explosive devices and crossfire on the roads leading to Lashkar Gah made it even more difficult for the wounded to reach hospital.

“My brother had been injured by shrapnel and we were on the way to the hospital when fighting broke out,” says Abid. “It was night time. We couldn’t go back, we couldn’t move on. We were stuck between the frontlines all night long. We turned off the lights of the car and waited. Luckily my brother survived and, when the fighting stopped at daylight, we were able to reach the hospital."

Clashes also severely impeded access to general healthcare for all the population. “My granddaughter was sick. With the fighting, we couldn’t find a driver who was willing to take the risks to transport us to Boost Hospital: we had to pay extra.

So we sold a sheep and borrowed money which took us a couple of days. But my granddaughter got even sicker and stopped eating. I wish we would have reached the Hospital earlier,” tells Hawa’s grandmother.

Because of the danger, families often postpone bringing sick relatives to hospital until their lives are in acute danger.

“Children arrived to Boost hospital in very late stage of their sickness with severe malnutrition, in sepsis or septic shock.” says Bachmann.

While the fighting has decreased in intensity since 5 July, and the roads are passable once again, the high level of violence continues to take a toll on the people of Helmand province, who have to deal on a daily basis with landmines, bombs, active fighting and the risk of being caught in crossfire.

A recent MSF survey conducted among MSF patients in Boost revealed that a staggering four out of five people surveyed had experienced barriers in reaching hospital as a result of the conflict. For those who could not reach medical care in time or at all, one in three of the consequent deaths were caused by the conflict according to the people interviewed.

Since 2009, MSF has been supporting activities in Boost hospital in Lashkar Gah, the capital of Helmand province. The MSF team works in a number of departments including maternity, pediatrics, internal medicine, surgery, intensive care and the emergency room.

In 2013, a total of 66,000 patients were treated in the emergency room and 5,600 surgeries were performed. In line with its principles of neutrality and impartiality, admissions are solely based on medical criteria. MSF relies only on private funding in Afghanistan and does not accept money from any government for its work.