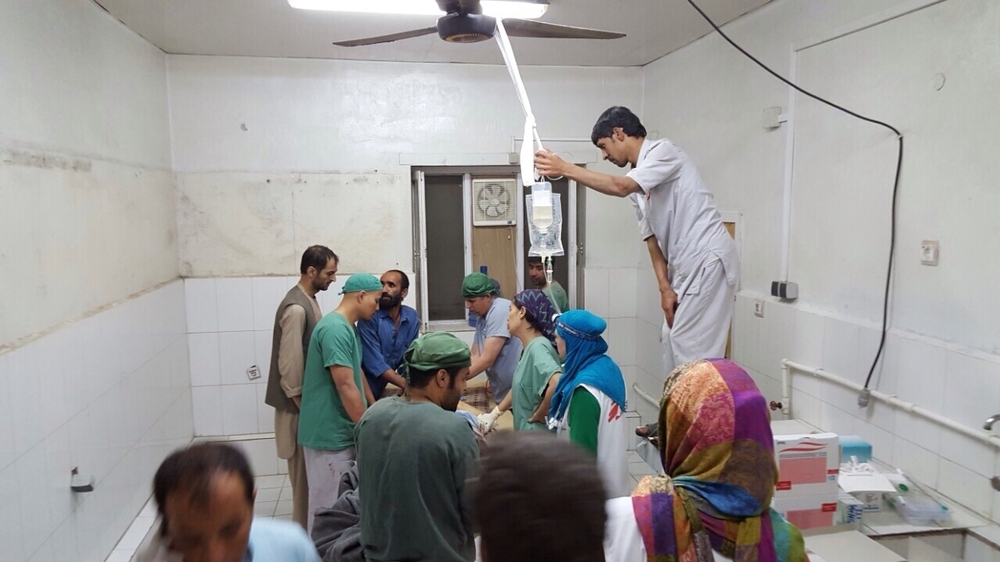 Médecins Sans Frontières/Doctors Without Borders (MSF) condemns in the strongest possible terms the horrific aerial bombing of its hospital in Kunduz, Afghanistan.

All indications currently point to the bombing being carried out by international Coalition forces. MSF demands a full and transparent account from the Coalition regarding its aerial bombing activities over Kunduz on Saturday morning. MSF also calls for an independent investigation of the attack to ensure maximum transparency and accountability.

“This attack is abhorrent and a grave violation of International Humanitarian Law,” said Meinie Nicolai, MSF President. “We demand total transparency from Coalition forces. We cannot accept that this horrific loss of life will simply be dismissed as ‘collateral damage’.” 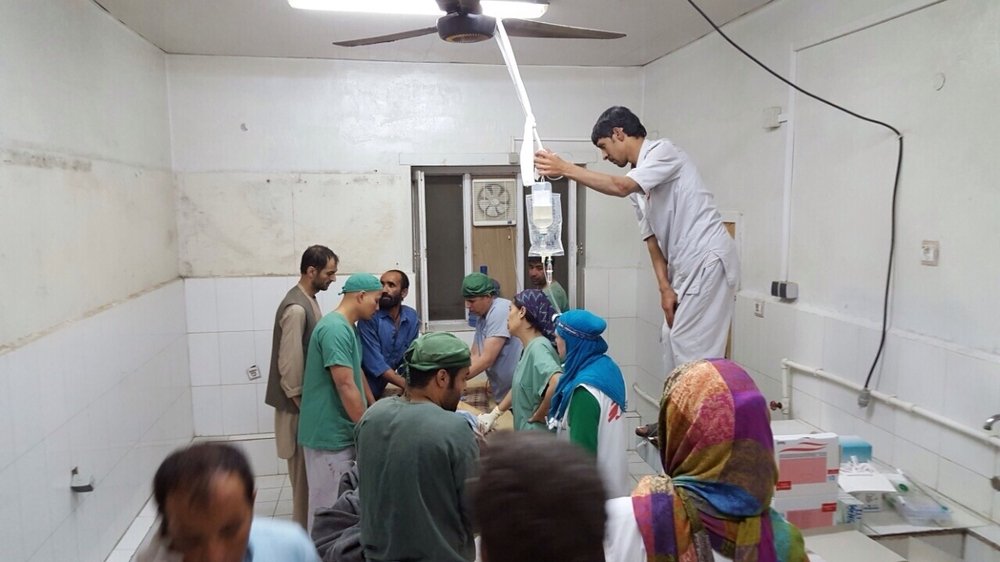 From 2:08 AM until 3:15 AM local time today, MSF’s trauma hospital in Kunduz was hit by a series of aerial bombing raids at approximately 15 minute intervals. The main central hospital building, housing the intensive care unit, emergency rooms, and physiotherapy ward, was repeatedly hit very precisely during each aerial raid, while surrounding buildings were left mostly untouched.

“The bombs hit and then we heard the plane circle round,” said Heman Nagarathnam, MSF Head of Programmes in northern Afghanistan.

The bombing took place despite the fact that MSF had provided the GPS coordinates of the trauma hospital to Coalition and Afghan military and civilian officials as recently as Tuesday 29 September, to avoid that the hospital be hit. As is routine practice for MSF in conflict areas, MSF had communicated the exact location of the hospital to all parties to the conflict.

MSF
MSF staff in shock in one of the remaining parts of MSF's hospital in Kunduz, in the aftermath of sustained bombing 03 October 2015. Photo: ©MSF

In the aftermath of the attack, the MSF team desperately tried to save the lives of wounded colleagues and patients, setting up a makeshift operating theatre in an undamaged room. Some of the most critically injured patients were transferred to a hospital in Puli Khumri, a two hour drive away.

“Besides resulting in the deaths of our colleagues and patients, this attack has cut off access to urgent trauma care for the population in Kunduz at a time when its services are most needed,” said Nicolai. “Once again, we call on all warring parties to respect civilians, health facilities, and medical staff, according to International Humanitarian Law.”

Fires burn in the MSF emergency trauma hospital in Kunduz, Afghanistan, after it was hit and partially destroyed by missiles 03 October 2015.

Since fighting broke out on Monday, MSF had treated 394 wounded. At the time of the aerial attack there were 105 patients and their caretakers in the hospital, alongside more than 80 international and national MSF staff. MSF expresses its sincere condolences to the families and friends of its staff members and patients who have tragically lost their lives in this attack.

MSF’s hospital is the only facility of its kind in the north-eastern region of Afghanistan. For four years it has been providing free high level life- and limb-saving trauma care. In 2014, more than 22,000 patients received care at the hospital and more than 5900 surgeries were performed. MSF treats all people according to their medical needs and does not make any distinctions based on a patient’s ethnicity, religious beliefs or political affiliation.

MSF is an international medical organisation and first worked in Afghanistan in 1980. MSF opened Kunduz Trauma Centre in August 2011 to provide high quality, free medical and surgical care to victims of trauma such as traffic accidents, as well as those with conflict related injuries from bomb blasts or gunshots. In Afghanistan, MSF supports the Ministry of Public Health in Ahmad Shah Baba hospital in eastern Kabul, Dasht-e-Barchi maternity in western Kabul and Boost hospital in Lashkar Gah, Helmand province. In Khost, in the east of the country, MSF runs a maternity hospital. MSF relies only on private funding for its work in Afghanistan and does not accept money from any government.

For more on MSF in Afghanistan