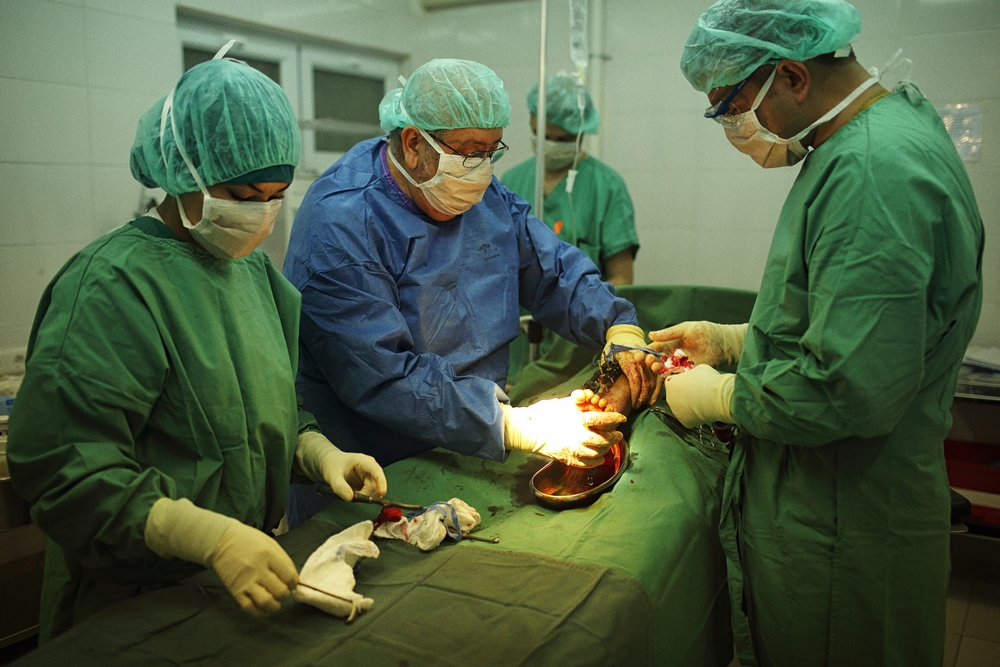 MSF’s medical team in Kunduz worked throughout the night treating dozens of wounded following heavy fighting in the city, the trauma centre has received 129 wounded patients and is now at full capacity.

Thirty-six patients arrived in a critical condition, with severe abdominal and head injuries. Our surgeons worked throughout the night to care for patients, eventually having 150 admitted in the wards, corridors and office (including patients already in the hospital before Monday).

Extra beds have been added to cope with the unprecedented level of admissions. Our international team continues working alongside Afghan colleagues to treat the wounded. The hospital remains a safe, neutral place where anyone who needs urgent trauma care can receive it.

MSF’s hospital is the only facility of its kind in the whole north-eastern region of Afghanistan providing free high level life- and limb-saving trauma care. Our doctors treat all people according to their medical needs and do not make distinctions based on a patient’s race, ethnicity, religious beliefs or political affiliation.

In 2014, more than 22,000 patients received care at the hospital and more than 5900 surgeries were performed. MSF first worked in Afghanistan in 1980 and opened Kunduz Trauma Centre in August 2011 to provide high quality, free medical and surgical care to victims of trauma such as traffic accidents, as well as those with conflict related injuries from bomb blasts or gunshots.

In Khost, in the east of the country, MSF runs a maternity hospital. MSF relies only on private funding for its work in Afghanistan and does not accept money from any government.