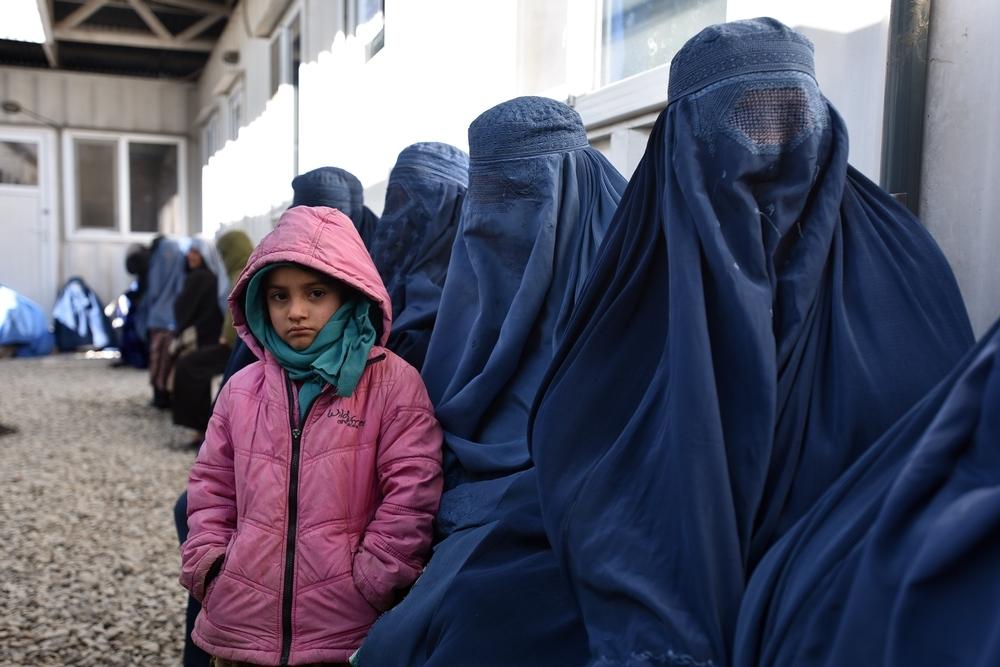 Afghanistan: "No woman should die to give birth"

She works as Midwife Supervisor in Dasht-e-Barchi hospital maternity department in Kabul, managed by Médecins Sans Frontières (MSF) in partnership with the Ministry of Health.

“I’ve seen a lot of women in my life that died during or after delivery,” says Aqila. “I’ve seen children grow up without their mothers.

The women of Afghanistan face many dangers during pregnancy and childbirth.

Childbirth without skilled attendance represents a major threat to the survival and well-being of Afghan women and their newborns.

We aim to reduce mortality and morbidity in mothers and their newborns through the provision of free, high-quality maternal and neonatal healthcare in four hospitals in Afghanistan.

Of all the births assisted by MSF worldwide, one in four takes place in Afghanistan, and our medical teams helped deliver more than 66,000 babies in 2016.

One of the key barriers to safe delivery is the lack of female doctors and midwives.

For several decades, Afghan women have been unable to access education, leading to a shortage of trained female staff to look after women in labour. Yet at the same, time many families will only seek care from a female medical provider due to Afghanistan’s cultural gender norms.

This dilemma is one reason why up to two-thirds of babies are born at home, unassisted.

All of MSF's projects in Afghanistan emphasise training local female staff. By strengthening their skills, we are helping ensure our projects can respond better to the needs of women.

Almost all the midwives assisting deliveries in our programmes are Afghan women.

Since the women's only maternity hospital opened in rural Khost province in 2012, a number of female doctors have also become highly experienced in managing complicated deliveries.

They have been trained by international staff like obstetrician-gynaecologist Dr Séverine Caluwaerts, who has worked in Khost seven times.

“Two of our national doctors, Dr Sadia and Dr Farida, I basically taught them their first caesarian section and now many years later they work independently,” says Dr Caluwaerts.

While MSF provides free healthcare, many other clinics across the country charge for their services.

"A lot of people have economic problems which means they don’t have money for antenatal care or to see a gynaecologist,” says Aqila. “The women are demotivated to go to private expensive hospitals so they try to deliver at home.

“Many of them don’t know about the complications of pregnancy and delivery.”

Antenatal care is crucial for identifing and mitigating complications in women after they give birth, which can have a big impoact on the health of the newborn

Nadya recently gave birth to her first baby in Ahmad Shah Baba hospital, jointly-run by the Ministry of Health and MSF in Kabul. But like many Afghan women, she received very limited antenatal care.

In fact more than 40 percent of Afghan women receive no antenatal care during pregnancy – a figure we are trying to help reduce through health promotion activities and provision of free care.

Nadya’s baby was born with a mild, treatable spina bifida (the incomplete closing of the backbone and membranes around the spinal cord).

If it had been detected during pregnancy, Nadya and her family could have been supported to prepare for the birth and any follow-up.

MSF focuses on treating women with direct obstetric complications, who can benefit most from our expertise.

Our teams work to improve recognition of these complications, through activities including radio broadcasts and community meetings.

We also support community-level clinics to strengthen their management of normal deliveries, and ensure women facing complications are swiftly referred to our hospitals.

There remains many obstacles to women seeking timely, life-saving care - not the least of which are the dangerous, slow roads.

Sayed Kamyabudin Sayed is Technical Service Manager at Khost maternity hospital. He recalls the difficulty in reaching the hospital when his wife was in labour with their first child.

“At that time the road was not asphalt, and because it was night-time we were stopped at the checkpoints,” he says. “It took 90 minutes from my house to the hospital, when it should only take 20.”

The risks of having a baby in Afghanistan remain unacceptably high, but Sayed, a father of four, is hopeful about the future.

Making birth a moment of joy

“Giving birth should be a moment of joy not a time for sadness,” says Dr Caluwaerts. “That’s why we’re here and that’s the job that we’re doing.

“No woman should die as a consequence of delivery."