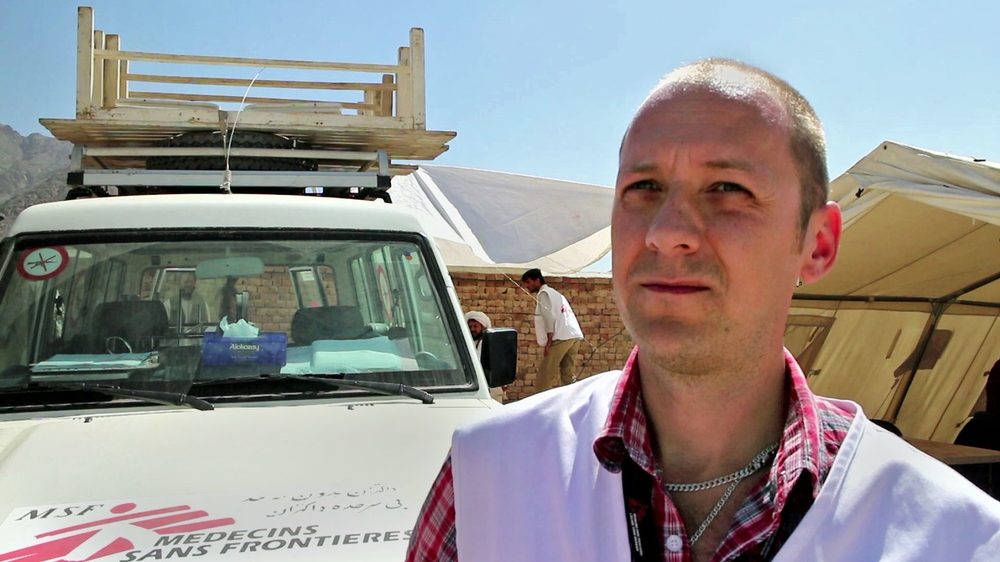 One month ago today the MSF hospital in Kunduz, Afghanistan was destroyed in a US airstrike. The attack on the MSF hospital killed over thirty people; including 10 known patients and 13 known staff - the biggest loss of life for our organisation in an airstrike.

Kunduz was a fully functioning hospital operating with the agreement of all parties to the conflict at the highest level that were informed of our location, including via GPS coordinates provided most recently on 29 September.

At the time of the attack, our hospital was full of staff, patients, and caretakers. Our staff reported no armed combatants or fighting in the compound prior to the airstrike. The precision of the attack was also startling: a series of multiple, precise and sustained airstrikes, targeting the main hospital building that was well-known and had been running for four years.

The bombing continued for more than 30 minutes after we informed military officials in both Washington and Kabul that it was a hospital that was being hit.

MSF nurse Lajos Zoltan Jecs was in Kunduz trauma hospital when the facility was struck by a series of aerial bombing raids in the early hours of Saturday morning. He describes his experience.

“I have no words to express this. It is unspeakable.”

I was sleeping in our safe room in the hospital. At around 2am I was woken up by the sound of a big explosion nearby. At first I didn't know what was going on.

Over the past week we'd heard bombings and explosions before, but always further away. This one was different - close and loud.

At first there was confusion, and dust settling. As we were trying to work out what was happening, there was more bombing.

After 20 or 30 minutes, I heard someone calling my name. It was one of the Emergency Room nurses. He staggered in with massive trauma to his arm. He was covered in blood, with wounds all over his body.

MSF
MSF staff in shock in one of the remaining parts of MSF's hospital in Kunduz.

At that point my brain just couldn't understand what was happening. For a second I was just stood still, shocked.

He was calling for help. In the safe room, we have a limited supply of basic medical essentials, but there was no morphine to stop his pain. We did what we could.

I don't know exactly how long, but it was maybe half an hour afterwards that they stopped bombing.

I went out with the project coordinator to see what had happened.

"It was absolutely terrifying."

What we saw was the hospital destroyed, burning. I don’t know what I felt – just shock again.

We went to look for survivors. A few had already made it to one of the safe rooms. One by one, people started appearing, wounded, including some of our colleagues and caretakers of patients.

We tried to take a look into one of the burning buildings. I cannot describe what was inside. There are no words for how terrible it was.

In the Intensive Care Unit six patients were burning in their beds.

We looked for some staff that were supposed to be in the operating theatre. It was awful.

A patient there on the operating table, dead, in the middle of the destruction. We couldn't find our staff. Thankfully we later found that they had run out from the operating theatre and had found a safe place.

Just nearby, we had a look in the inpatient department. Luckily untouched by the bombing. We quickly checked that everyone was OK. And in a safe bunker next door, also everyone inside was OK. And then back to the office.

Help us, sign the petition for an independent investigation of Kunduz hospital bombing

It was crazy. We had to organise a mass casualty plan in the office, seeing which doctors were alive and available to help. We did an urgent surgery for one of our doctors. Unfortunately he died there on the office table. We did our best, but it wasn't enough.

MSF
Emergency surgery and medical activities continue in one of the remaining parts of MSF's hospital in Kunduz in the aftermath of the bombing.

The whole situation was very hard. We saw our colleagues dying. Our pharmacist - I was just talking to him last night and planning the stocks, and then he died there in our office.

The first moments were just chaos. Enough staff had survived, so we could help all the wounded with treatable wounds. But there were too many that we couldn't help.

In too much shock, crying and crying

Somehow, everything was very clear. We just treated the people that needed treatment, and didn't make decisions - how could we make decisions in that sort of fear and chaos? Some of my colleagues were in too much shock, crying and crying.

I tried to encourage some of the staff to help, to give them something to concentrate on, to take their minds off the horror. But some were just too shocked to do anything. Seeing adult men, your friends, crying uncontrollably - that is not easy.

I have been working here since May, and I have seen a lot of heavy medical situations. But it is a totally different story when they are your colleagues, your friends.

MSF
Staff and doctors in the MSF Trauma Centre in Kunduz, two days before the bombing.

These are people who had been working hard for months, non-stop for the past week. They had not gone home, they had not seen their families, they had just been working in the hospital to help people... and now they are dead.

These people are friends, close friends. I have no words to express this. It is unspeakable.

The hospital, it has been my workplace and home for several months. Yes, it is just a building. But it is so much more than that. It is healthcare for Kunduz. Now it is gone.

What is in my heart since this morning is that this is completely unacceptable. How can this happen? What is the benefit of this? Destroying a hospital and so many lives, for nothing. I cannot find words for this.”

Help us, sign the petition for an independent investigation of Kunduz hospital bombing