Afghanistan: “Treating patients is our responsibility. There’s a lot of work on our shoulders.”

After months of fighting on the outskirts of Herat in Afghanistan, the Islamic Emirate of Afghanistan, also known as the Taliban, took control of the city on August 12. MSF is running an inpatient therapeutic feeding centre (IFTC), a clinic for displaced people, and a COVID-19 treatment centre in Herat. An Afghan MSF medic working in the city describes how we kept services running after the end of the fighting and the new challenges that they and other health services in the area are facing today.

"The Islamic Emirate of Afghanistan took full control of the city"

When the fighting approached Herat there was quite a lot of fear, people were worried. So was I, not knowing what would happen in the future.

When the real fighting started inside the city many people were scared so stayed at home, but the situation changed dramatically in about three hours and the Islamic Emirate of Afghanistan took full control of the city.

During the fighting a lot of injured were brought to Herat Regional Hospital.

When people heard about casualties or bombs they would get on their bicycles and go to the hospital and say they wanted to donate blood.

So many people donated that the hospital announced that they had enough supplies and would call people if they needed more.

I find it inspiring that during the fighting there were people running towards the hospital to help. It’s a very good spirit.

"Our job is to help people"

The morning after the Taliban took control I went to our ITFC to help support the staff.

When I reached the hospital there weren’t many there yet; people weren’t sure what the situation was in the city or if we were still open.

First of all we gave medication to all our patients and then contacted our staff to let them know the city was open and it was safe for them to come to work.

After a couple of hours we had our full team together and carried on treating patients. 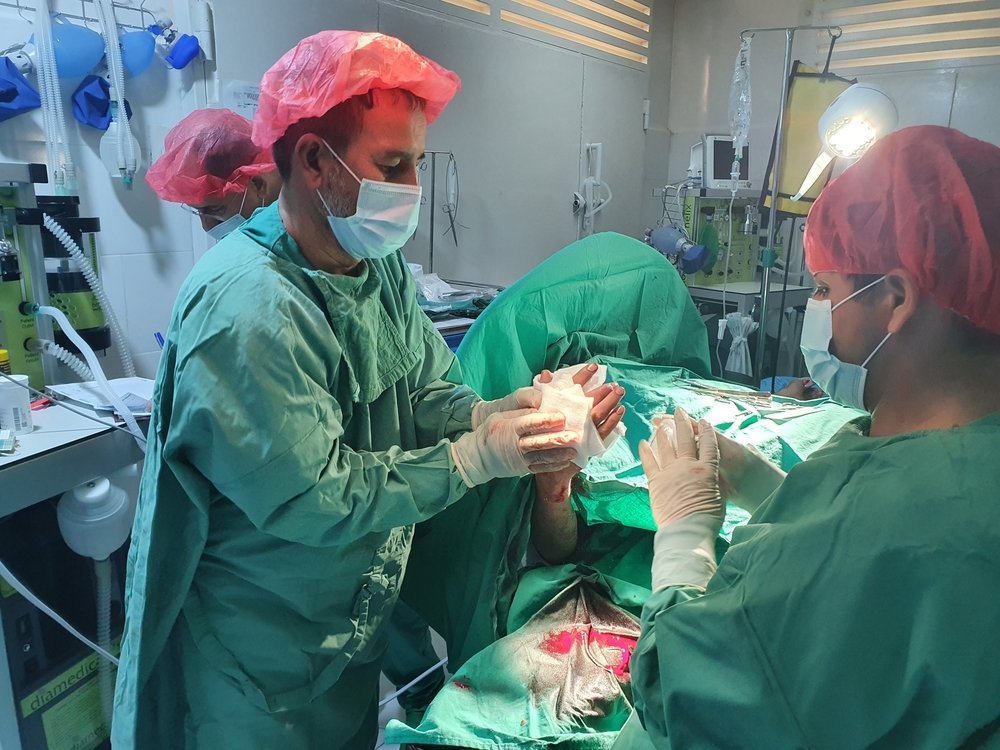 Some of my colleagues told me that when they left home to come to work in the morning some of their neighbours were worried for them and asked “what are you doing? You have to stay at home.”

They explained that our job is to help people, and this is the time they need help because the other health facilities are closed.

Many staff came in with this attitude and it was good to see.

"On one day one of our doctors examined over 150 patients"

Before the fighting we had 95 malnourished children admitted in the centre. We only have 42 beds, and although we added another 18 by putting up tents to act as temporary wards, we were still well over capacity.

We also run a clinic near camps where many displaced people have settled, including from other provinces like Badghis and Farah.

The first Sunday after the takeover a lot of patients came to our clinic as a lot of other organisations suspended their operations, either for security reasons or because they’re not able to pay salaries.

MSF has found a way to pay all its staff and that has made people calm and more full of hope.

We started working with two doctors first, then three and now four. We run a triage system, so we’d see the people who needed medical attention most urgently first.

There were a lot of people coming to the clinic, on one day one of our doctors examined over 150 patients.

It’s an uncertain time so people are working very hard, people are tired but we hope it will calm down. People have hope but still little idea about what the future will bring.

Now the main worry is that the other health facilities, for example those that receive funding from the World Bank, won’t be able to carry on their work in Herat as the World Bank has stopped its funding. There’s no clear picture about what will happen.

Some staff working for other organisations haven’t received salaries for months, this has happened before but then people had hope that they would be paid eventually.

Now with so much uncertainty people tell me they have no hope, many are looking for another job.

"Inspired by the treatment we gave"

There was one malnourished child in our centre who was from an extremely poor family. We treated the child and provided food for the mother while the father stayed outside.

We asked them how they could get to hospital as the father told us that before he didn’t even have 10 Afghanis (0.10 USD). They sold their sheep and cows and used that money to get to hospital.

Others have to borrow money from their relatives.

People are very happy when we’re able to cure their children. There was a two and a half year old patient who came to us from Badghis, about 250km away.

First the baby was admitted in the dermatology department at Herat Regional Hospital (HRH) as they had a skin condition. After six days they were sent to the MSF ITFC as the baby was malnourished but their skin condition was still very bad.

We saw the child would need a skin graft from HRH’s surgery department but first we treated the malnutrition.

All the time the baby was with us his father was knocking on the door, asking how the child was doing and questioning how they could still be sick after one and a half months. 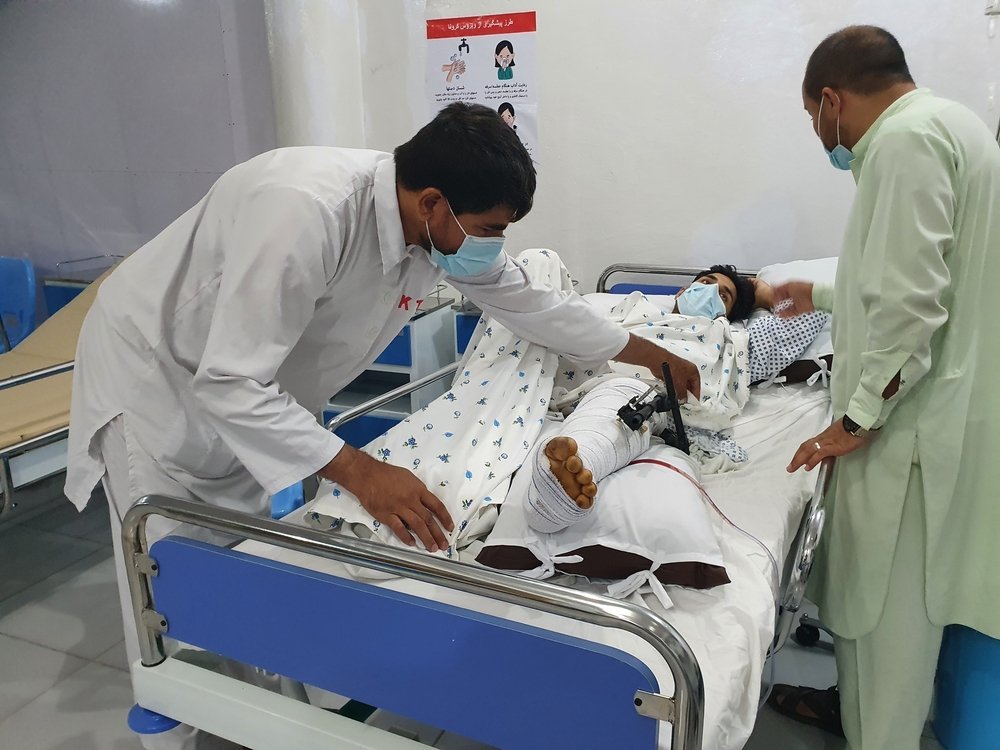 Stig Walravens/MSF
Emergency room of the MSF Kunduz Emergency Trauma Unit, a medic treats a patient who has suffered a complicated fracture of their upper and lower leg due to a bomb blast.

We spoke with him and said let us treat the patient. We convinced him to trust our treatment, procedures, the environment and close follow up of the patient.

For two weeks he went back to look after his remaining children in Badghis with his wife staying in the ITFC.

When he came back, he saw that there was a big improvement for his baby and he had a discussion with his wife and they were super happy. After another ten days we could discharge him.

At least one time each month since the father calls us to say hi and say Salam to everybody, and that he was inspired by the treatment we gave.

When the fighting started in Herat, he was the one calling us asking if we were fine and he did the same after the city was taken over.

Treating patients is our responsibility, that’s how I think about it. Right now MSF is the only international organisation working in Herat as the others stopped their activities.

Before we could refer people to other health providers but now it feels like when people come to us we are their last option.

Compared to the time before, there is more responsibility, more challenges. There is a lot of work on our shoulders.