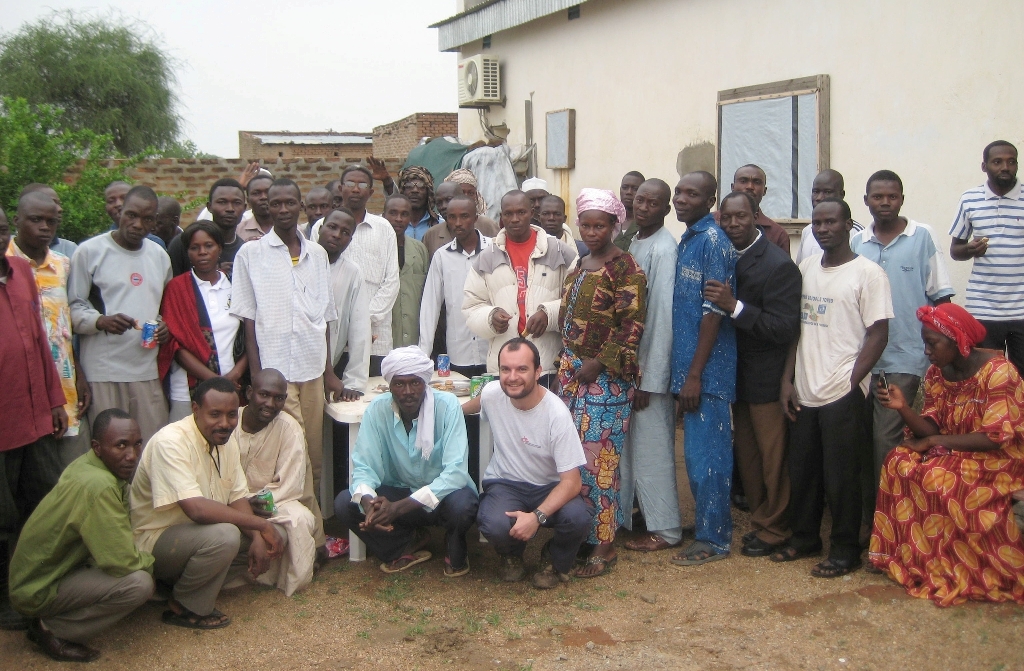 Back from extremes of life in Chad

MY TIME WITH Médecins Sans Frontières/Doctors Without Borders in Chad has come to an end. I find myself sitting in a cafe in Galway writing this with all of the conflicting emotions that come with finishing a mission. This last dispatch is certainly the toughest of any I’ve written.

After the initial euphoria of getting home and seeing family and friends after such a long time, I feel both guilt and joy.

It was difficult leaving Am Timan for many reasons. My friends, both in the amazing expat team and among the national staff. I will miss my patients and their families also, to whom I became quite attached. I felt like I was letting them down by leaving.

The care of HIV and TB patients involves a heavy emotional investment. Once you have gained the trust of those you are looking after, it is hard to hand over their care to others. The process for the patient of building a rapport with and a trust in a different doctor has to start again.

Some pleaded with me to change my mind and to extend my time there, but life in Chad takes its toll. Physically, I knew my time was up when the end came. Having said that, after a couple of weeks of home-cooking and a few kilos of weight-gain topped with a few nights’ good sleep, I felt I could have faced it all again.

Trying to convey my experience to family and friends at home is not easy. It’s hard to convey the reality of the environment – difficult to explain what it was like to have sweat constantly drip into my dinner as I ate.

There was the joy at seeing clouds, and the fact that the first time it rained I actually did a little dance – not very Irish of me! And one “chilly” morning I grabbed a hoodie from under a layer of dust and wrapped myself up as I headed for breakfast, passing the thermometer on the wall: it read 32 degrees.

It is hard to explain how I am now far more comfortable in the presence of a cockroach or a rat, because what I was worried about for the past six months were scorpions and black mambas – one of the most deadly snakes in the world. In all my time I encountered only one scorpion, and thankfully no snakes.

Equally, it is hard to explain how much joy we derived from little things. Sharing a meal with my fellow expats on a Sunday evening only for someone to produce a bottle of French wine or some cheese they had been keeping. Heaven.

Having a coffee with my staff in our HIV office and getting to know a little more each time about life outside of our compound walls. Dancing “Chad style” with arms raised and minimal rhythm, to pretty terrible Sudanese music, but still having great fun at one of our famous MSF parties.

The joy at seeing kids leave our feeding programme – despite their protests at the loss of their nut rations. The satisfaction of seeing patients responding to HIV and TB treatment and the honour of being the person they often turned to to chat and discuss their illness and the terrible stigma it bears.

I remember realising very soon after I arrived in Am Timan that I was merely a visitor. I was an outsider who came from a different world, full of ideas and ideals and hope. I knew that many had come before me and I hoped that many would come after, too. But Am Timan will remain long after I have left. The culture shock I experienced on arriving was profound.

As the little plane descended towards the dirt airstrip and the MSF workers frantically herded goats out of the way, it was clear that this was like no place I would ever see again. I consider myself an intrepid traveller, but there is no guide book for this part of the world. I am one of a privileged few who will ever get a glimpse of life in Am Timan.

To be able to work with the people there, to try to understand their culture and their way of life was an opportunity of a lifetime. It may not be everybody’s idea of fun, and there were plenty of times when it wasn’t.

But I think I will always remember that despite the grinding poverty, hunger, the oppressive heat, the frequent security threats and the widespread disease, the people of Am Timan persevere. They live a life of such adversity and yet can still smile and laugh and continue to live and love when so many of us would give up.

One of my fondest memories is doing ward rounds in the cholera treatment centre. This is not one of the more pleasant places on earth to find yourself, but I had learned enough of the local Arabic dialect to be able to ask about symptoms. As long as the answer was no, then I was okay.

However, when I got a wordy reply my lack of language skills was immediately exposed, much to the great amusement of the women in the ward. They would laugh at me constantly, but in the end of it all they loved that I tried. To hear laughter and see smiles on the faces of people who are recovering from a terrible illness is reward enough for making the journey to a town I considered to be at the end of the Earth when I first arrived.

Since returning home I often ask myself why I didn’t stay longer, and how I will readjust to life as a GP now that I’m home.

The core values that people live by remain the same, and much of the rest of what happens is window-dressing. Food, shelter, health and happiness is what we all strive for. Looking after your family is the priority. For some in this world, this is easier to achieve than for others, and the ease of that process leads us to overlook their importance.

I have given up trying to reconcile how life in Galway and life in Am Timan can coexist on the same planet. I have stayed in touch with those who remain there, expats and Chadians alike. They tell me I am their brother now.

I think a part of me will always remain there and the experience I had will remain with me for the rest of my life. It is a life of extremes. Extremes of poverty and hardship. Extremes of climate, from drought to floods, in the space of a week. For me, there were extremes of joy and sorrow, of fulfilment and frustration. But I also witnessed the extremes of human perseverance.

It is not an easy life for an MSF volunteer but it pales in comparison to the lives of those MSF is there to help. If you ever considered the possibility of volunteering then I can assure you it will live up to your expectations. Would I do it again? Give me six months and I will answer that question.

Dr John Morris is a GP from Galway. Series concluded

This article originally appeared in The Irish Times