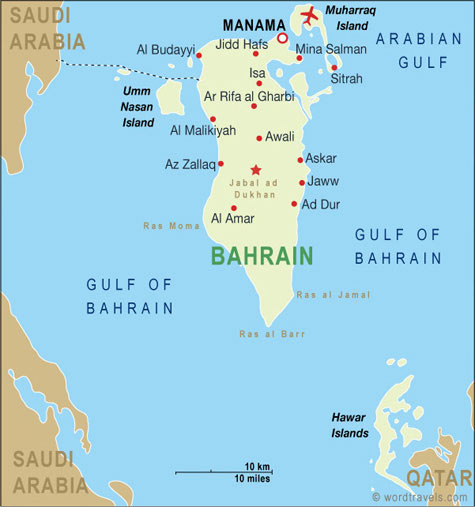 Bahrain: MSF calls for end to Military Crackdown on Patients

MSF today condemned the use of medical facilities in Bahrain to crack down on protestors, which is making it impossible for those wounded during clashes to seek treatment.

A report released today by MSF illustrates how Bahrain’s hospitals and health centers are no longer safe havens for the sick or injured, but rather places to be feared.

“Wounds, especially those inflicted by distinctive police and military gunfire, are used to identify people for arrest, and the denial of medical care is being used by Bahraini authorities to deter people from protesting,” said Latifa Ayada, MSF medical coordinator. “Health facilities are used as bait to identify and arrest those who dare seek treatment.”

Since clashes began between government forces and protestors in February, health facilities in Bahrain—generally well functioning in terms of materials, infrastructure, and skilled staff—no longer serve the medical needs of the whole population. Salmaniya, the only public referral hospital in Bahrain, was virtually empty when visited by MSF recently.

Arrests and beating within hospital

Injured people admitted to Salmaniya have told MSF how members of the military beat them, including on their wounds. Other patients have been arrested within health facilities upon discovery that their injuries are related to the protests. The risks of going to hospitals or health centers mean that patients often do not attempt to seek treatment.

The use of Salmaniya Hospital by protestors as a venue for demonstrations, and its subsequent occupation by the military, followed by the targeting of other health facilities and medical workers, have undermined the ability of health facilities to provide impartial medical care.

MSF has proposed establishing an emergency medical response in Bahrain, whereby MSF teams would accompany patients to health facilities to ensure that they are treated and not targeted for arrest, and that health workers are able to conduct their duties impartially and without fear of reprisal. Unfortunately, MSF has not been able to secure guarantees that the patients it would accompany would not be targeted.

Right to treatment without fear

“The action by the military to declare the hospital a legitimate military target, and the use of the health system as a tool by the security apparatus, completely ignores and undermines the fact that all patients have a right to treatment in a safe environment, and that all medical staff have a fundamental duty to administer treatment without discrimination,” said Christopher Stokes, MSF general director.

Every step must be taken to restore the population’s ability to receive treatment without fear, especially by removing the military from Salmaniya Hospital. The opposition protestors should also guarantee that the hospital will not be used as a rallying point for demonstrations.

MSF also wishes to stress the necessity and duty of the authorities to respect relevant rules of international humanitarian law, especially those concerning the protection and respect of medical structures and medical personnel. These rules also extend to the protection of civilians, the sick or injured, and to prisoners. The responsibility for restoring the functioning of health services is today in the hands of the authorities.

The police, military, and intelligence services must stop using the health system as a way to crack down on protestors, and must allow medical staff to return to the primary duty of providing health care regardless of patients’ political or sectarian affiliations.