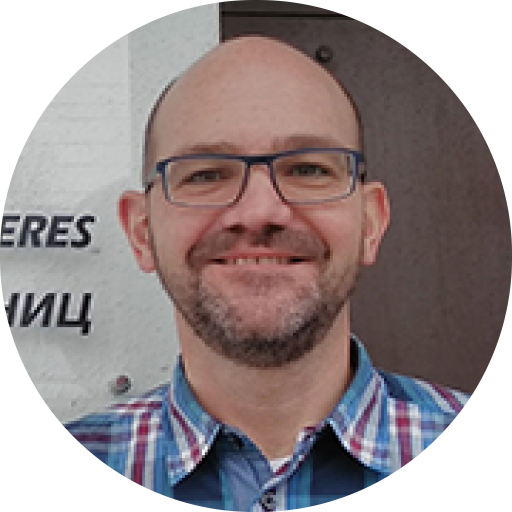 Belarus: Saturdays at the Tuberculosis clinic

In Belarus, patients fighting tuberculosis often face another battle: alcohol addiction. The combination can be devastating, as tuberculosis can be deadly without a difficult treatment made only tougher by this additional challenge. Christian, a psychotherapist, is working to help people break this dangerous cycle through new insight and new hope…

The weekends in the clinic are boring for the patients. Some start drinking, which means stress for the doctors on duty and especially the sisters. For a few weeks now, I have been driving to the clinic for a few hours on a Saturday for a few hours to see patients at risk and to meet with the nurses, and to put some pressure off them in exchange. Disappointment is commonplace, as is the case with working with alcohol-addicted people, but all the more dramatic in connection with tuberculosis treatment.

Those who suffer from tuberculosis are pushed to the margins of society. If I ask my mother, who grew up in post-war Germany, then she can still tell about the classmates who suddenly did not come to class and disappeared with an undefined illness to rehabilitation. Everyone knew about tuberculosis, but it was not pronounced. Tuberculosis was and is a taboo.

Anyone who drinks alcohol and can neatly put something away is a hero. Anyone who has lost control of their consumption is weak, a drunkard. If you wanted enough, you could stop drinking. Not correct! Like tuberculosis, alcohol dependence is a recognized disease. Both are a taboo. Both are lonely. Cure of resistant tuberculosis is usually possible in up to two years of intensive treatment, alcohol dependence is chronic and requires lifelong awareness. I would like to report specific stories of patients that I see every day, but it would do them harm, put their anonymity on the line.

In patients who have developed harmful or even dependent alcohol consumption for many years, the same thing always happens in the first weeks of treatment. Faced with the devastating diagnosis of a tuberculosis infection, they reach for the bottle. After the first shock is processed, come the good intentions. The treatment is started. Hope sprouts up. But then the dreary everyday isolated life in the ward. Loneliness, despair, friends turn away, side effects of the drugs occur. At some point your hand reaches to the bottle, here mostly vodka. The team of psychologists already knows the patients at this time, after the promising beginning it’s partly disappointing for them, so it’s my task then to work with colleagues so that they do not lose hope for the patient.

Although our patients know that drinking alcohol in combination with tuberculosis drugs is a major health risk, the craving is usually stronger. While intoxicated, patients frequently miss doses. Continuously missed medication may then result in ineffective treatment, often even further resistance of the tuberculosis pathogen to other antibiotics.

In the drinking phase patients consume a lot, vodka, large quantities. You meet patients, but they are hardly accessible. Promises are given, but not kept. A cessation is often not possible on their own. Some patients end up in detoxification in the intensive care unit. Not infrequently, due to the poor state of health then the treatment must be interrupted and everything starts all over again. The environment, the employer, the family - all lose patience. Job loss, isolation, loss of housing - the social decline leads to disaster for everyone, especially for young people with hopes and ambitions.

Some patients believe that they can control alcohol consumption and that there will be no "next time". After the drinking episode they start again full of hope. They want to forget the last drinking episode, do not want to deal with their dependence. They firmly believe in their future, a family, children, a good job, a little vacation. But their relatives may not believe it, and my own experience with many patients who behave in a similar way shows me that, unfortunately, they are right. Nevertheless, I believe that one or the other comes to the insight.

A friend once told me before I left: "You can not save them all!" My response was, "If I save only one, it's worth the effort." I'm still hopeful.

OUR WORK IN BELARUS >