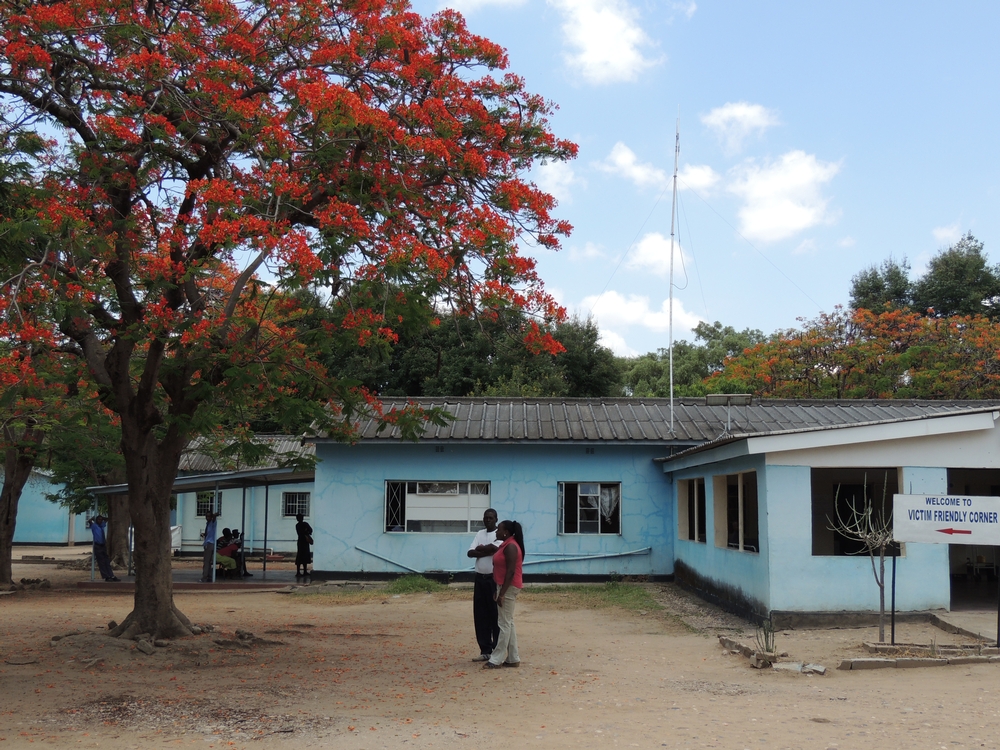 Bringing ART to the people - A success story from rural Zimbabwe

In Zimbabwe’s many places people still live a rural life with their cattle and goats, existing from what they cultivate. Big clinics are far away. For those living with HIV who need their antiretroviral therapy (ART) regularly this may cause big problems.

To bring the drugs to the patients, in 2012 Médecins Sans Frontières/Doctors Without Borders (MSF) started decentralising ART services in rural Gokwe North district. A total of 18 health facilities now offer the treatment to these patients. The programme runs successful so the Ministry of Health (MoH) can take the full responsibility from end of this year on.

Sylvie Ahrens/MSF
ART- and DR-TB-patient Major Chizanga is going to finish his TB-treatment in summer 2015. He hopes that also after MSF's withdrawal the drugs will always be available. "I don’t want to relapse because I have come far with this painful medication", he says.
HIV/TB co-infection

Major Chizanga is a 39 year old man. His body is skinny, Major looks older than he is. His sicknesses have signed him. The subsistence farmer is HIV positive and – as a co-infection – suffers from multidrug-resistant tuberculosis (MDR-TB).

But though his body is still weak, every two weeks he walks 28 kilometres to Chireya mission hospital to get his drugs against the TB.

Once a month there he also gets his antiretroviral drugs. Nevertheless Major is lucky. Before 2012, ART initiation was localized at the very far away district hospital. For TB there was no diagnostic facility in the whole district.

The lowest coverage of HIV in the country

“Gokwe North is one of the four districts that had the lowest coverage of HIV in the country. It is a vast district and had only one initiating site so all the patients had to move from different directions to access ART”, Alice Otiato, Gokwe North project coordinator, explained the reasons for MSF’s intervention.

“Also the knowledge of the nurses was very low. That’s why we also provided the capacity building of MoH staff.”

Since 2012 a lot has changed. Regular counselling has helped to sensitize the population. “Before people didn’t know much about HIV testing and treating”, said Edmund Kabarapate, the head of Chireya village. “People had not been tested because of lack of knowledge or because of the distance. Some were quite too shy.”

In 2014 the number of HIV patients on ART is up to almost 4.700 by the end of October – a quote above what MSF had targeted. Much more than 25.000 people in Gokwe North have been tested. At the same time all nurses in the 18 health facilities had been trained so that they can fully take over from MSF by the end of the year.

Emilda Mutangirwa is one of them. The sister at the district hospital joined the team for ART and opportunistic infection treatment in 2013. “Prior to this I didn’t know anything about it”, she admitted. But now she feels well prepared: “I have learned a lot from MSF.” She and her colleagues even started mentoring others in other clinics.

Activity handover to Ministry of Health

Sylvie Ahrens/MSF
Edmund Kabarapate, the head of Chireya village, hopes that the quality of care will stay the same after MSF will have withdrawn from the district and handed over its activities to the MoHCC by the end of 2014.
Besides the counselling and training, MSF supported the clinics with equipment like solar lightening for delivery rooms. At the district hospital there is now a fully equipped laboratory and generator back-up for energy.

Moreover all of the 18 health facilities are able to ensure quality diagnosis and treatment of all forms of tuberculosis.

MSF also donated a land cruiser for the outreach services that will still be possible in the future and started successfully a programme for treating survivors of sexual violence.

“But will the quality of care really remain the same after MSF has gone?”, sister Rose asked sceptically, a nun working at catholic Chireya mission hospital. Personally she feels pain about the ending collaboration with MSF.

She herself also regrets leaving Gokwe as this had been her home for almost three years but sees no reason for the communities to worry: “I feel comfortable to leave because the MoH staff is capable, they are confident, they are trained. And if MSF stayed longer they would step back. So this is the right time for MSF to withdraw and to handover to the MoH. They have demonstrated they can take over.”

Also she explained that MSF didn’t handover all the clinics at the same time but step by step. Furthermore MSF lobbied with the ART supplier Natpharm so that access to the drugs should be guaranteed.

All good news for ART and MDR-TB patient Major Chizanga. The ministry of health is now ready to provide his drugs in Burure mission clinic. That means that the way to get his lifesaving medicines shortens from almost 30 to three kilometres.

MSF started working in Zimbabwe in 2002. By the end of the year all clinics in rural Gokwe North - a five hour ride from the Capital Harare – will be handed over to the Ministry of Health.

After a presence of 14 years in the Tsholotsho District, MSF also  handed over  its HIV/AIDS programme to the Ministry of Health and Child Care this year. During more than nine years, MSF supported the enrolment of more than 16,000 patients on anti-retroviral therapy (ART) only in Tsholotsho District.

MSF will keep on working in Epworth, Harare, Buhera, Gutu, and Nyanga districts.

Find out more about MSF's work in Zimbabwe