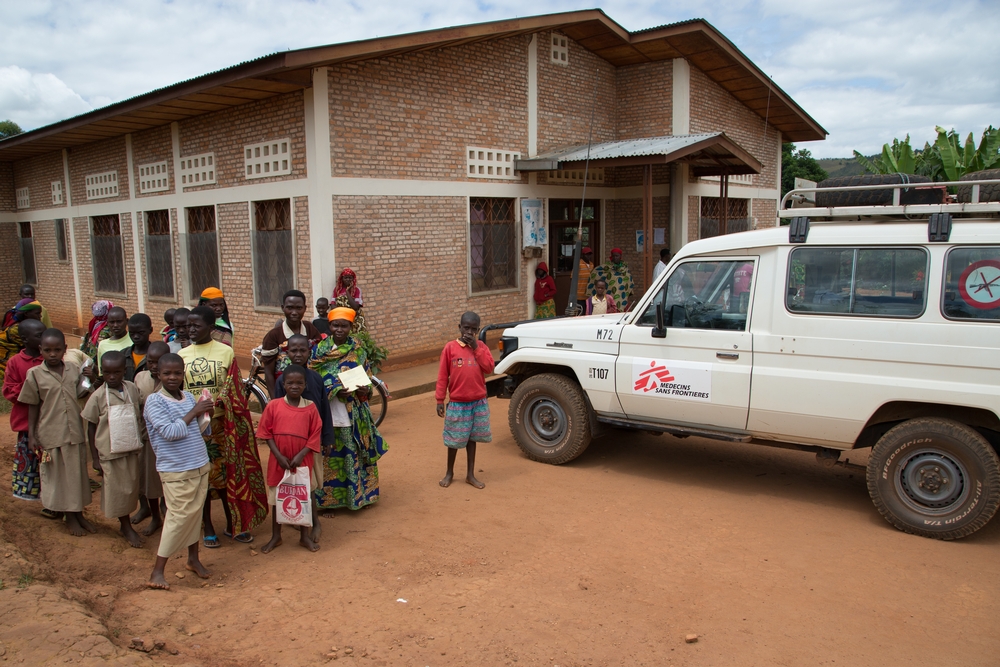 Burundi: “We treat anyone who is injured, whatever their politics.”

Violent clashes between police and protesters in the Burundian capital, Bujumbura, over the past four months have seen hundreds injured and some 185,000 people seeking refuge in neighbouring countries.

While mass protests against President Nkurunziza’s third-term electoral bid have now died down, the city remains tense and the nights are punctuated by sporadic violence. Médecins Sans Frontières/Doctors Without Borders (MSF) head of mission Bruno Duchenne describes the situation in Bujumbura.

“When the electoral crisis began, we were already working in Burundi, running an obstetric fistula repair project in Gitega, some two hours by road from the capital. We sent medical teams to five districts close to where the protests were happening.

It was vital to ensure that the wounded had access to medical care, and that health facilities were equipped to handle mass casualties, if required.

Our teams provided emergency medical care and stabilised casualties so that they could be transferred by the Burundi Red Cross to the four public hospitals in the city. We also donated emergency kits containing dressings and medical supplies to 19 health centres across the capital’s 13 municipalities.

Hospitals in the capital have struggled to cope. On the occasions when they have received mass casualties, they haven’t had enough beds, and their surgical capacities have been overwhelmed.

Very few ambulances are venturing out at night, and there have been instances of injured people dying before being able to reach a hospital. That’s why we are running an MSF ambulance to transport the injured when the security situation allows.

We are also working in Arche hospital in Kigobé, in the north of the capital, providing free medical care for victims of the violence. For many of the wounded, there is a financial barrier to healthcare. Often the wounded don’t have the means to pay for inpatient care – a surgical procedure can cost hundreds of euros.

The majority of our patients are ‘collateral victims’ who have been hit by stray bullets or grenades during clashes between the police and opposition supporters. Last week, for example, we admitted two girls aged 8 and 11, injured when an abandoned grenade they had found exploded.

Wounded patients often fear for their safety in medical facilities, so it is essential to create a place of sanctuary for them, where there is no discrimination.

We have treated nearly 200 casualties at the hospital since we started working there in late-June, 122 of them as inpatients.

We are currently admitting an average of 20 patients a week. Most have been wounded by bullets or grenades, but there are also people who have been attacked with knives. Generally they make their own way to hospital, sometimes several days after receiving the injury.

The 40-bed hospital has an emergency room, an operating theatre and an intensive care unit. We are also providing psychotherapy and physiotherapy.

Although we are no longer running our fistula repair project in Gitega, we remain committed to assisting the Burundian people.”