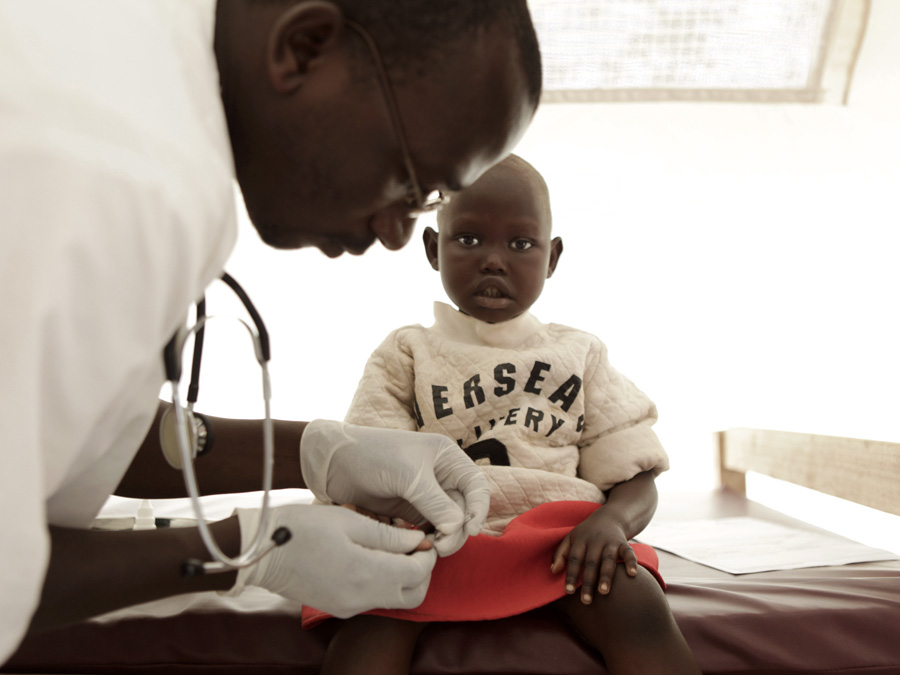 Burundi has been grappling with a serious increase in the numbers of malaria patients since the start of the year.

The MSF teams have been cooperating with Burundi authorities to fight the disease’s spread by treating patients and distributing mosquito nets to prevent new infections.

Malaria is spread through the bite of certain species of mosquito. These particular mosquitoes have been particularly rife in northern Burundi since late 2009.

Malaria cases have spread in the provinces of Kayanza, Ngozi and Karusi. The Burundian authorities have asked MSF to help them respond to this emergency situation.

MSF’s emergency teams thus rallied in Kayanza and Ngozi provinces to roll out a three-pronged strategy. The different elements include support to local hospitals, testing and treating patients in the various villages through mobile clinics, and distribution of mosquito nets to avoid new infections.

Another MSF team is evaluating the situation in Karusi province.

Each of the 16 mobile clinics visits a hill area three times a week. Feverish patients (or patients who report they had a fever) can be examined free of charge and receive whatever treatment they require.

The more serious cases are transferred to the provincial hospital. The mobile clinics have already examined more than 32,000 people, and more than 70% of them had malaria.

The mobile clinics play a critical role in reaching people living scattered among the hills who can otherwise be hard to access. Lepeta is 65 years old, and lives alone on Rukago hill.

She has already had malaria three times since Christmas, and was running a fever again for some 10 days. Because she could not afford any treatment, she simply stayed at home. Her son finally took her to MSF's mobile clinic on his bicycle.

The MSF teams then immediately transferred her to Kayanza hospital. It turns out Lepeta was suffering from a severe form of the disease. During her transfer to the hospital, Lepeta went into a coma. She’s out of danger now, and recovering satisfactorily.

MSF currently provides support to the provincial hospitals of Ngozi and Kayanza in order to ensure adequate and free treatment of patients. In these two facilities the internal medicine, paediatric and emergency wards have all been reinforced with donations of drugs and other medical material.

The paediatric department has received particular attention, because children are especially vulnerable to the consequences of malaria. Claudine is nine years old. A few days ago, she developed malaria symptoms and her mother took her to the local health centre.

Unfortunately, Claudine could not tolerate the treatment given, and vomited up her medicine.

Her state deteriorated, and she went into a semi-coma. Claudine’s mother hoisted onto her back and carried her to Kayanza hospital, where she was admitted to the paediatric ward.

The mosquitoes responsible for the spread of malaria are particularly active at night. Sleeping under a mosquito net therefore offers valuable protection against the disease.

MSF have already distributed 36,000 mosquito nets, and is raising awareness in the population on how to use them properly, thereby ensuring real protection.

Malaria is endemic in Burundi so cases are registered even when no major epidemic is underway. Mosquitoes transmit the parasite vector through their bite, provoking bouts of fever and chills in the infected person.

According to estimates, this disease kills more than one million people worldwide every year, and 20% of deaths in children under five on the African continent are caused by malaria.