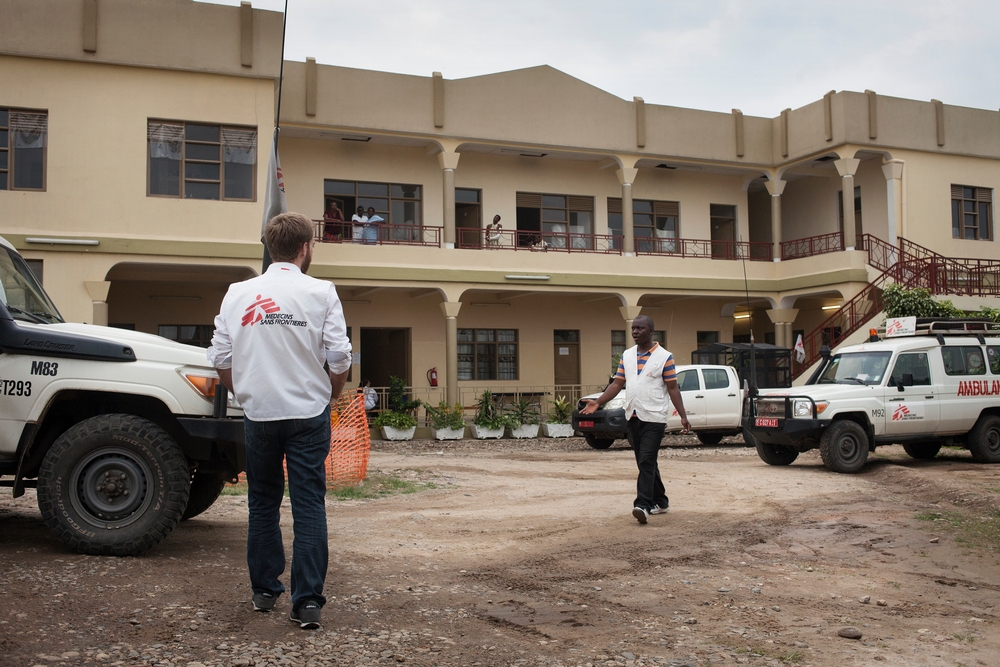 Médecins Sans Frontières (MSF) treated more than 60 people on Monday morning after a series of grenade explosions in several locations across the capital city of Bujumbura.

This influx of wounded occurs just five days after  two other grenades attacks, on Thursday 11 February, which resulted in 55 wounded people being treated at l’Arche, MSF’s trauma centre in Bujumbura.

“We received a lot of people, including women and children, suffering from trauma wounds including open fractures, head injuries, and cuts."

"It’s the second time in less than a week that we have had so many wounded patients arriving at our trauma centre”, explains Efstathios Kyrousis, MSF head of mission in Burundi.

MSF medical teams are changing the bandages of a patient at L’Arche, MSF Trauma Centre in Bujumbura, Burundi.

The grenades exploded in several areas of the city, mainly in market areas and two deaths were reported.

The MSF team launched a mass casualty plan to treat the influx of wounded, treating the most serious cases first.

In just a few hours, seven surgeries were performed with eight more planned for the coming days. Among the 61 patients treated on Monday, 18 were women and 3 were children.

A patient in MSF Trauma Centre L’Arche in Bujumbura, Burundi.

MSF is one of the only international organizations treating wounded and trauma related medical emergencies in the capital.

MSF’s trauma centre currently has a capacity of 43 beds and comprises of an emergency room, two operating rooms and an intensive care unit, but will soon be scaled up to an 86 bed capacity.

MSF’s activities in Burundi are financed solely by individual contributions and the organization does not accept funds from any government for its projects in the country.

In the course of its activities in Burundi, and everywhere else in the world, MSF treats all patients regardless of their ethnicity, religion or political affiliation.