A little-known exodus has been taking place for more than a year in western Africa as tens of thousands of people flee the North-West and South-West regions of Cameroon to seek refuge in southern Nigeria’s Cross River State. Teams from MSF have launched an emergency response to provide aid to the refugees and the communities hosting them.

The political strife in the South-West and North-West Regions of Cameroon from late 2016 was triggered by disputes around the judicial and education systems in the Regions. The fighting further escalated in October 2017 as secessionist armed forces claiming for an independent state were confronted by the National Army.

By December 2018, UN-OCHA noted that intensified violence had led to the internal displacement of over 437,500 persons in the North-West and South-West regions of Cameroon. In Cross River State – as of the end of December 2018 – UNHCR reported over 32,000 Cameroonians recorded as refugees. 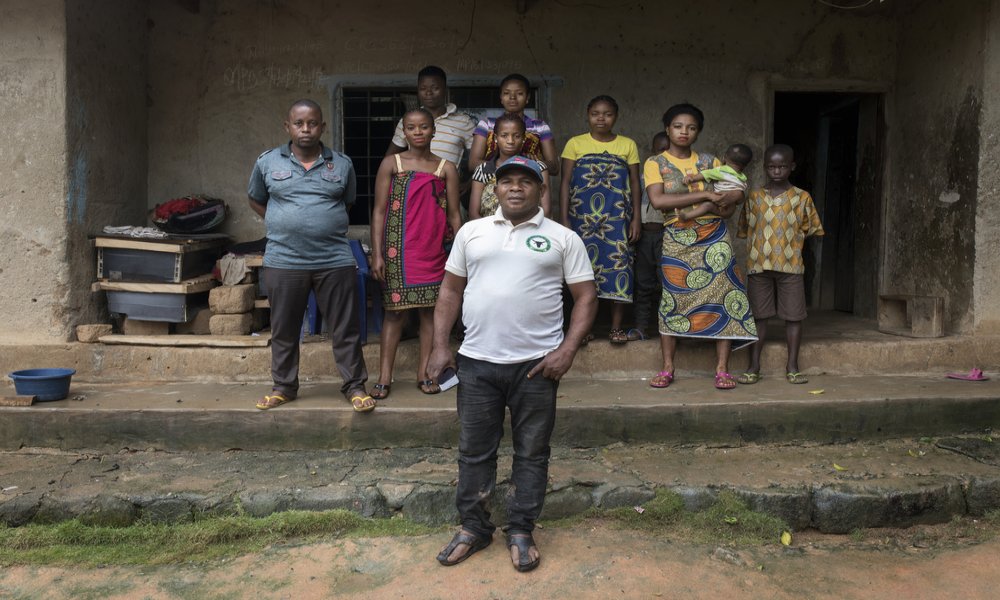 Albert Masias
Augustine Eka, 46, with a group of Cameroonian refugees that he hosts in his house. Some have lived there for more than a year.

"I host a group of Cameroonian refugees in my house. They have been living here for more than a year now. Some of the people are now in the camps in Benue State and in Ogoja, others are still in the villages, living with the Nigerian community. All the communities here, in Cross River State, are very hospitable and friendly towards the refugees from southern Cameroon." 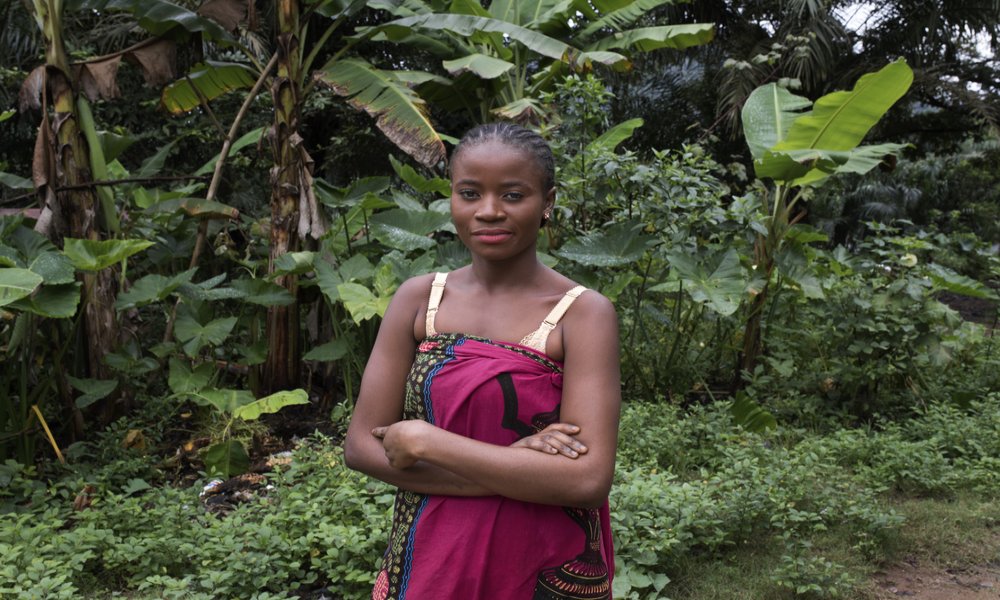 Albert Masias
Omange Maria Ayam (19) from Akwaya, Cameroon. Shee fled Cameroon on October 2017 and since then he has been living in Augustine Eka’s house in Amana. 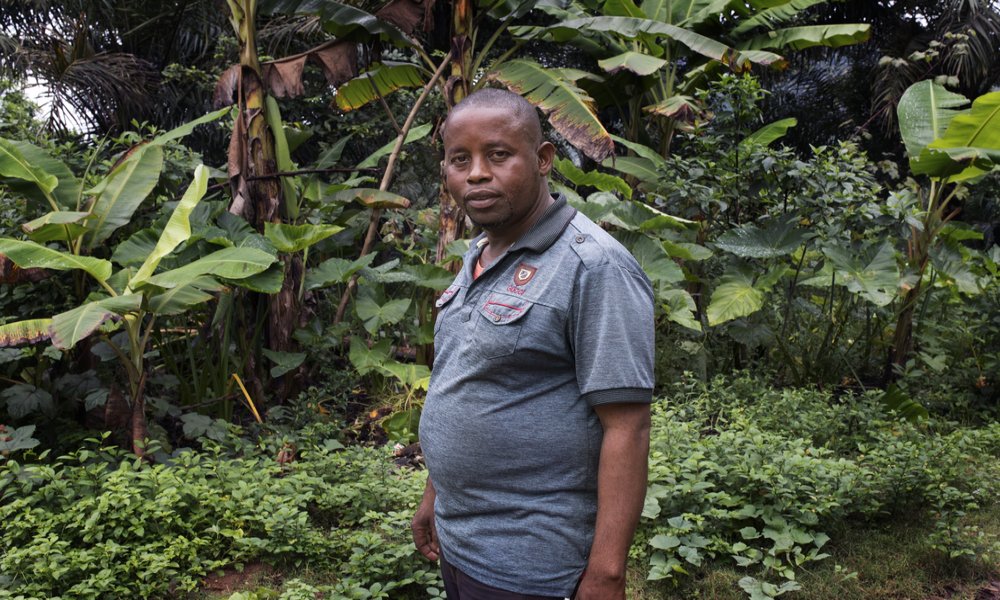 Albert Masias
Fidelis Kigbor (38) from Akwaya, Cameroon. He fled Cameroon on October 2017 and since then he has been living in Augustine Eka’s house in Amana.

Adagom refugee settlement, run by UNHCR, was established in August 2018 to host some of the Cameroonian refugees living in local communities around Cross River. In early December 2018, it hosted more than 6,400 refugees that were relocated there from communities. 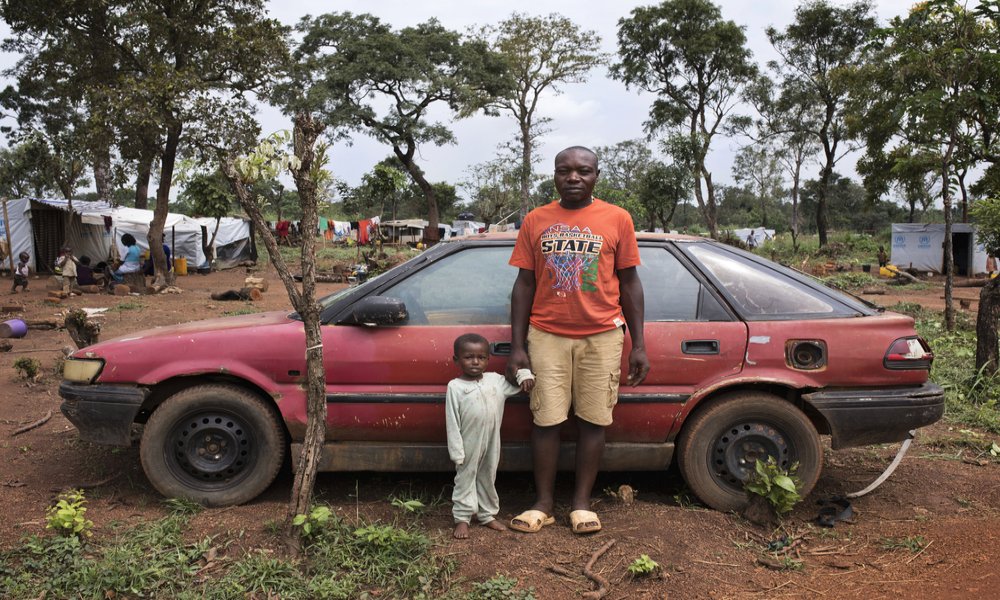 Albert Masias
Gmoltee Bochum Boers (31) and his son Sema (2) from Bamenda, Cameroon. "Back in Cameroon, I was a computer engineer and a teacher. I don’t know when this strife will end, but I know that I lost everything."

"I escaped from my country in October 2017. I have lived with my family, my husband and my children, in Adagom refugee camp since August 2018. Life in the camp is not easy. I live here with my husband, who is sick with tuberculosis, and my children. Eight people living inside a small tent. Now that my health is getting better, the biggest challenge is food. We do not have money to buy food on our own and all we eat is the rice that is given to us." 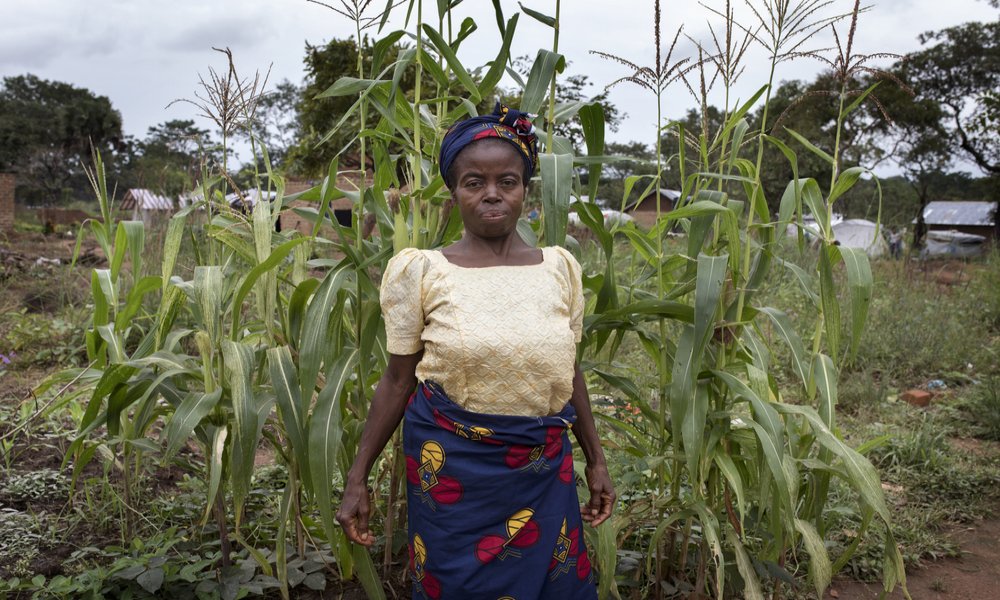 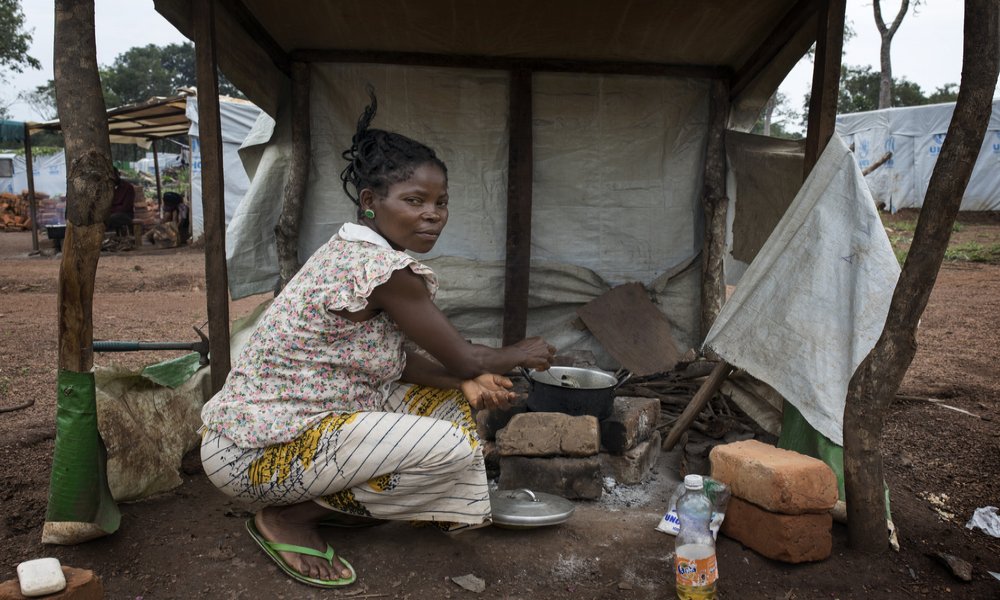 Albert Masias
Justine Ekeleka (27) from Akwaya, Cameroon. "I have diabetes, but when we fled Cameroon, I could not take my medicine with me, so my condition got a lot worse. Luckily, now an MSF doctor is taking care of me and giving me my medication." 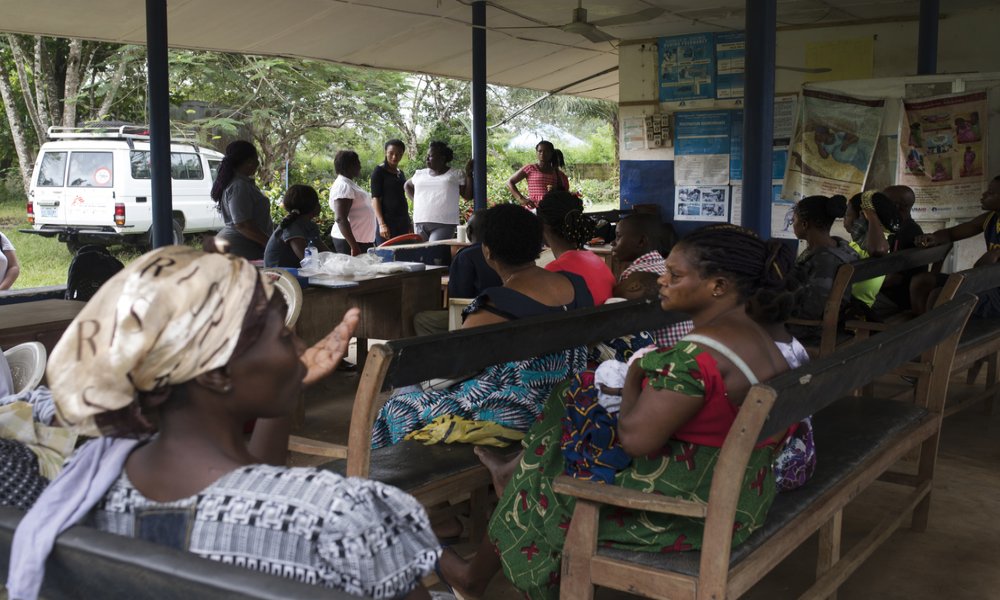 Albert Masias
Abgokim is a village of around 17,200 people, which hosts approximately 1,200 refugees from Cameroon. The clinic is one of six locations currently supported by MSF in response to the increase in consultations since the refugees arrived in the area.

Water, sanitation and hygiene activities, such as installing and maintaining boreholes, hand-operated pumps and latrines, began when the project opened in June 2018. They were identified as an urgent need for local communities because of the increasing number of refugees living in the area. 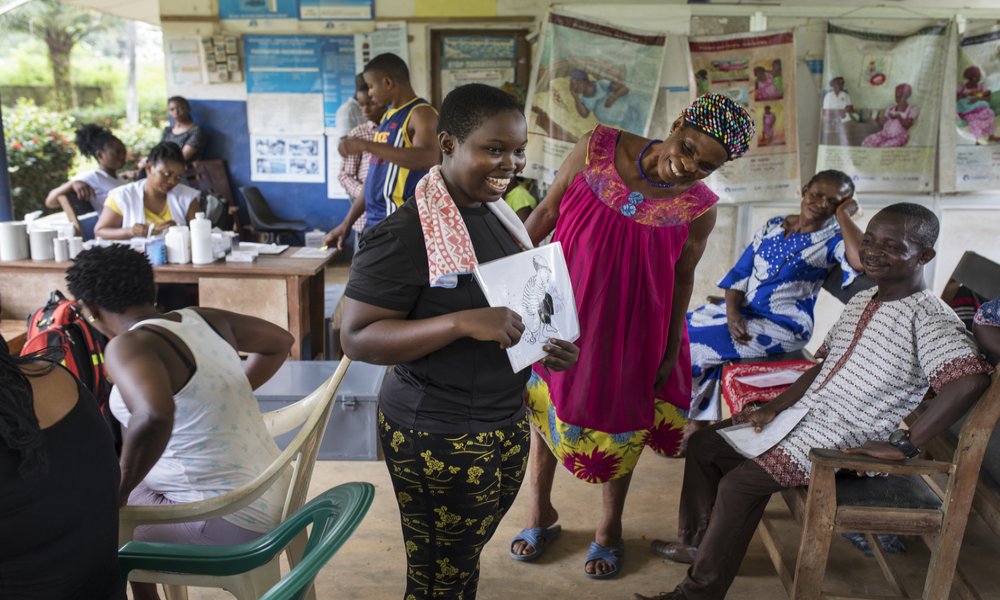 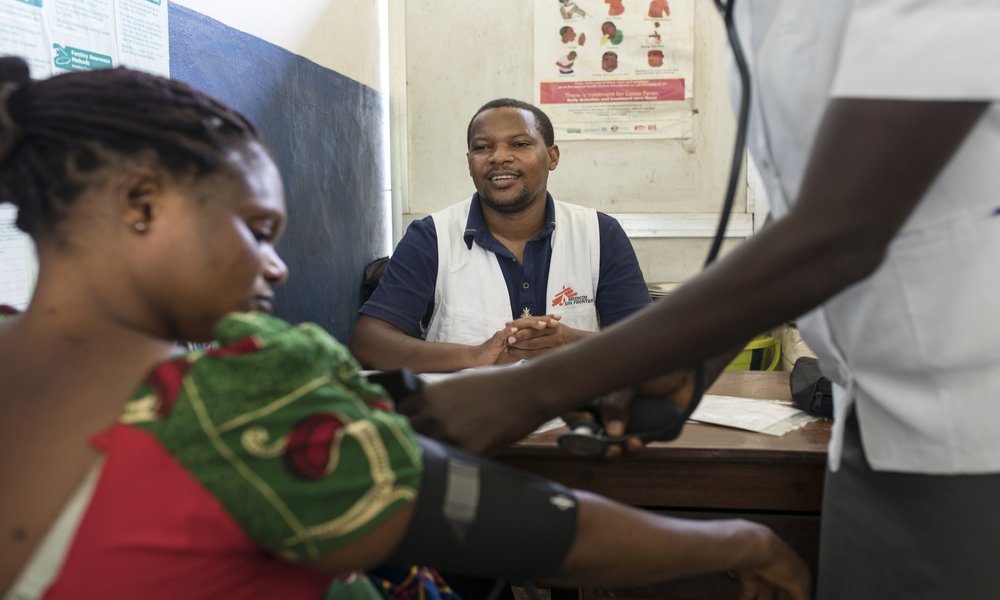 Albert Masias
Dr Nepo during a consultation at the Abgokim clinic.

In 2018 MSF has carried out 7,140 total primary healthcare consultations, 60% of whom (4,318) were refugees. Many consultations are for respiratory diseases and skin diseases such as scabies, both related to difficult living conditions in the villages and in the camps where refugees are staying. MSF medical staffs are also treating patients for chronic diseases such as hypertension and diabetes; for malaria, which is mostly endemic in the country; and for patients needing surgery for traumatic and non-traumatic injuries.