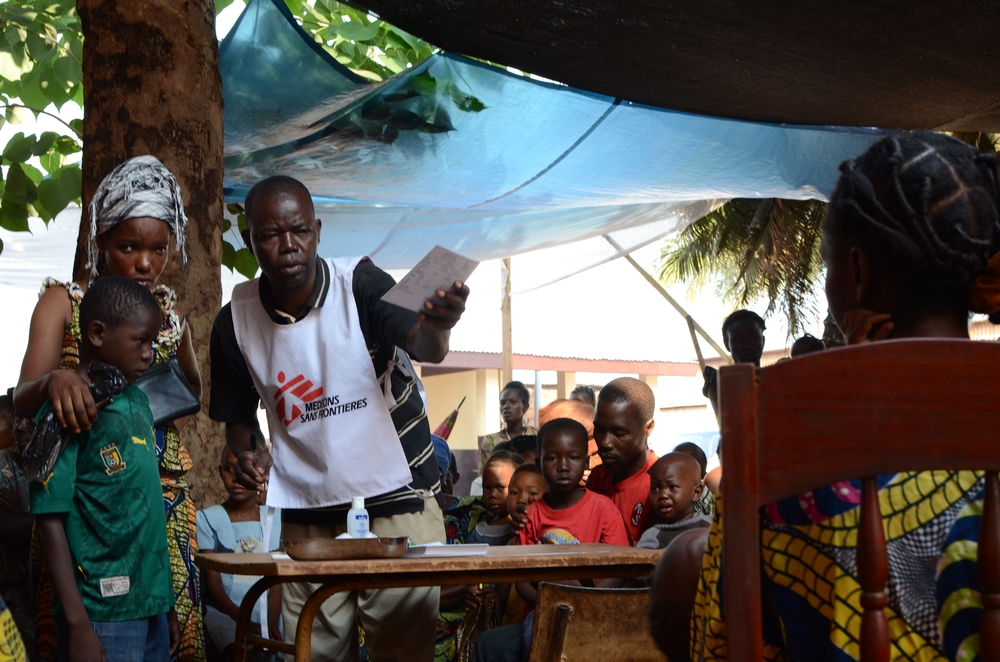 CAR: “The international response to the conflict is extremely disheartening”

Albert Caramés has returned to Barcelona after nine months working as a humanitarian affairs officer in Bangui, capital of the troubled Central African Republic, where over a year ago the coup by the Séléka rebels triggered a civil conflict that has pushed an already fragile, vulnerable country, one of the poorest in the world, into a freefall.

MSF: Severe fighting took place in Bangui in December; the president Michel Djotodia, put in power by the Séléka, resigned in January; there has been an increase in the number of French troops and African Union contingents. What is the situation like now?

Albert: The capital has been again under the grip of extreme violence over the last weeks. This proves that the situation, far from stabilising or being pacified, remains troubled and volatile, hence MSF’s renewed call for protection for the civilians.

And every time there are waves of violence in town, the IDP camps fill up again or new, more precarious ones appear. Unfortunately, our constant call for more humanitarian aid continues to be necessary.

You arrived in May, barely two months after the coup. Was there any feeling that the situation was going to deteriorate to such an extent?

On many occasions the sensation was of vertigo, with events happening extremely fast. It was impossible to envisage this. We could think of an internal breakdown within Séléka, because it was a coalition made up of several political groups coming from the north of the country, but with differing affinities, political or ethnic interests, etc.

But it would have been difficult to think of an external opposition that would reach the size the anti-Balaka has. Nor did anybody anticipate that in the capital, not even in December following the fighting, the conflict would take such sectarian turn.

We are talking about up to one million IDPs and refugees, out of a population of 4.6 million. This accounts for 20% of the population, which is outrageous when we take into consideration these communities were already very fragile in a disrupted country, where health services outside Bangui would be practically non-existent if not for the presence of MSF in seven different regions.

This past year has pushed the population to the edge of the abyss. The deployment of MSF has been huge, spectacular and swift in order to respond rapidly and provide emergency medical care.

What has been the international response to the crisis?

Regarding the humanitarian response, this has been inadequate, disheartening and still too focused on Bangui. There has not been a good context analysis, reaction has been lacking, and if in the capital, where working is somewhat easier, shortages are massive, just imagine what the situation is like in the provinces.

And as for the donors, it’s the same.  Just 15% of what is considered necessary to cope with this emergency has been covered.

Any forecast on how the conflict may evolve?

It’s difficult to say. On the one hand, we now have the situation endured by Muslim communities, forced to flee or trapped in anti-Balaka-controlled areas across the western part of the country.

And on the other hand, we have the population in the east controlled by the former Séléka coalition and the situation in this area will greatly depend on whether the former Séléka forces reorganise and regroup to become strong in the territory or not.

You also worked in Ivory Coast and Congo Brazzaville. How would you compare CAR to these two countries?

CAR, in comparison, would be like the class outcast, the one who sits at the back and no-one pays any attention to, the neglected one. And the north, moreover, is the last of the last, which partly explains the current situation.

The silent crisis in CAR is something MSF has been denouncing for years.

How have you seen people in general? How would you define the country now?