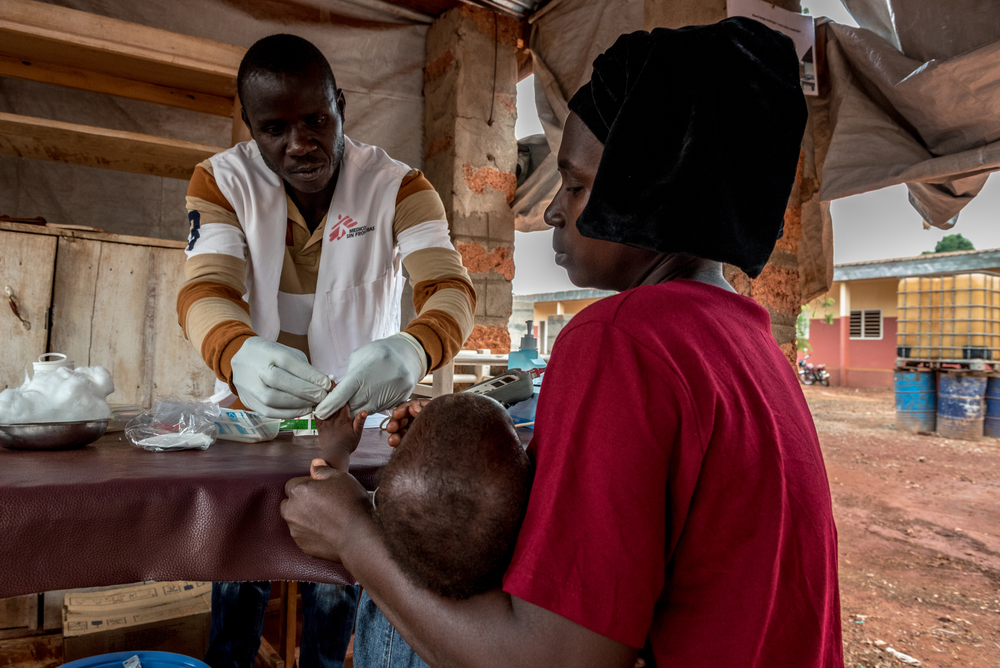 CAR: “The city of Bangassou has turned into a battlefield."

Since a couple of weeks, armed groups were getting closer to the town of Bangassou in the Central African Republic where Médecins Sans Frontières (MSF) has been supporting the hospital since 2014.

When the shooting started

We had known for weeks that they were getting closer… We were told they were 60 kilometres away. Then, two weeks ago, as we were on our weekly visit to the health centre of Yongofongo some 25 kilometres from Bangassou, we came across people fleeing the village. They told us that an armed group had taken over the village, killing three civilians in the market. A fourth person who tried to flee was caught and murdered. 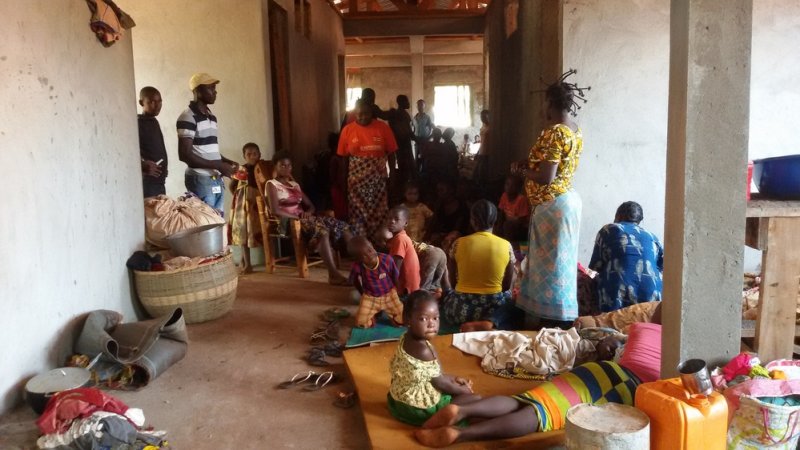 So when the shooting started in Bangassou on Saturday morning around 3am, I cannot say I was surprised. Ready? Sure, we were ready to treat the wounded; we had put in place a contingency plan at the hospital. We had set up a tent with 18 extra beds to accommodate the wounded.

Everything went very quickly. When gunshots started in the Tokoyo neighbourhood, the Muslim area of town, people scattered in all directions, running into the night to find shelter where they could, at a friend’s place, in the church, in the mosque, in the grounds of the hospital… A tide of people and then nothing. The city remained empty for two days. Only armed men ventured into the streets. Not a sound except for gunfire.

Mowed down by gunfire and machetes

At the hospital we received 22 wounded on Saturday, and four more on Sunday morning. And then some 500 people trickled in and settled in the yard, in the corridors, hoping that the fighters would refrain from attacking a medical structure. They are scared. Some are thoroughly traumatized, such as this woman in her thirties from the Toyoko neighbourhood who came with her husband in a state of shock, her eyes still full of the violence she had witnessed: neighbours being mowed down by gunfire or machetes, houses being looted or set on fire.

"We live in the present moment ready to react. We are the only organistaion that is able to provide emergency medical care"
rene colgodeputy head of mission, bangassou in central african republic

Our psycho-social team offered immediate support and she eventually managed to recover a little. She’s now waiting together with her family in the yard of the hospital to see what will happen next. We live in the present moment, ready to react. We are the only organisation in Bangassou that is able to provide emergency medical care.

As we speak we are especially concerned by the faith of those men, women and children who sought refuge in the mosque in Tokoyo. We are assisting people who have sheltered in the hospital, the catholic mission is helping those who are in the church, but those who are now in the mosque are completely cut off. For two days they have had no access to water or food, while the temperatures rise up to 30 degrees. 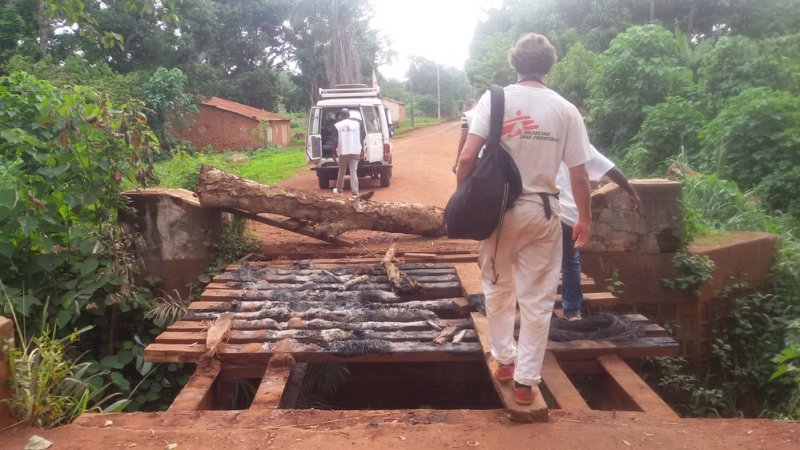 MSF
During the fighting that took place in Bangassou this weekend, all the bridges that surrounded the city were destroyed.

Among them there are wounded people as well as bodies of people who were brutally murdered on Saturday morning. On Sunday evening the bishop of Bangassou managed to escort a few women and children from the mosque to the church and a few others, traumatized or wounded, to the hospital.

On Monday, an MSF mobile team finally succeeded to provide emergency medical care to the people who sought refuge in the Bangassou mosque. Amongst the 250 people there,  MSF counted 25 wounded and provided first aid care to 10 before gunshots forced the MSF team to leave. Five of the wounded required surgical intervention. Thirty-three other wounded were treated in the hospital today, which brings the total to 59 since Saturday morning.

MSF is extremely worried about the civilian population of Bangassou. The security situation remains extremely volatile and staff can still hear sporadic gunshots. MSF calls again on all parties in the conflict to allow for the deployment of urgent medical aid for civilian and wounded people

more on our work in car >