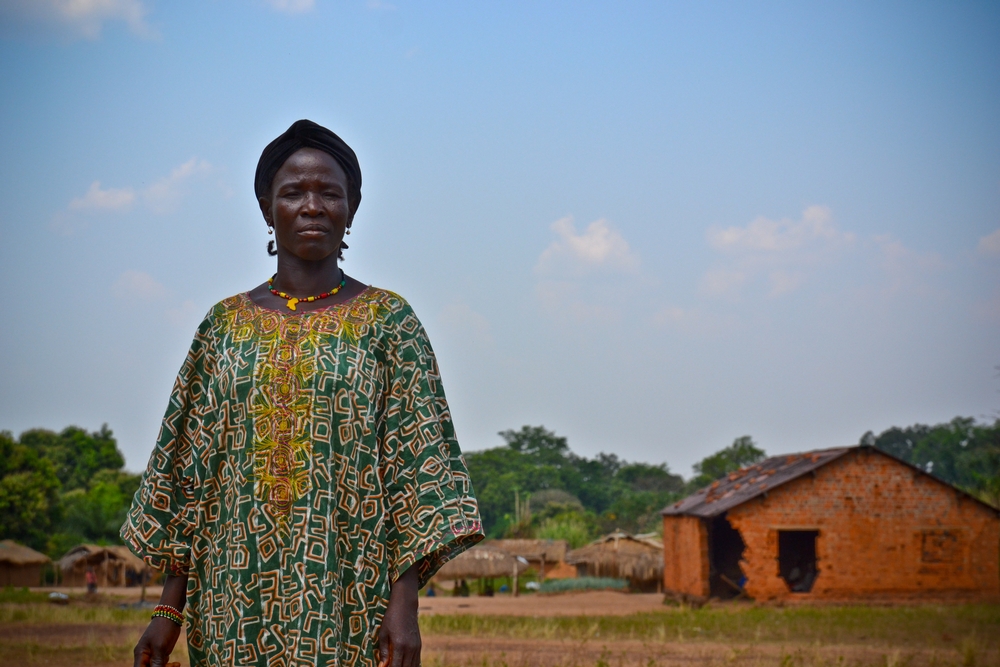 Thousands of refugees who have fled violence in Central African Republic (CAR) are now struggling to survive in very difficult conditions in the north of Democratic Republic of Congo (DRC).

Since December 2014, an estimated 20,000 Central Africans have fled over the River Ubangi to into the Bili and Bosobolo health zones in Equateur Province, northern Democratic Republic of Congo (DRC), adding to 10,000 refugees already present in the area.

false
Sandra Smiley/MSF
Refugees from CAR have been crossing the River Ubangi into DRC in pirogues much like this one. In the background, huts made of palm fronds in a makeshift camp near Sidi, Equateur Province, DRC.

The refugees have arrived with very few possessions, if any, and are heavily dependent on the local community. Available supplies of food and drinking water must be divided among an increasingly large population and the threat of malnutrition and water-borne illness looms.

The Médecins Sans Frontières / Doctors without Borders (MSF) Emergency Pool in DRC is providing emergency medical aid to refugee and host communities alike in three health centres and the general reference hospital in the area.

"In the first week of MSF activities in this area, we have already hospitalised 10 children for severe malnutrition,” says Nathalie Gielen, Field Coordinator for the MSF Emergency Pool.

false
Ile`ne is recovering from surgery in the Bili reference hospital, Equateur Province, DRC. Before MSF began offering free inpatient care here, the hospital charged 20USD for a surgical intervention – far more than many people could afford in Congo, where most people live on less than 2USD per day. In the first week of providing free hospital care at the Bili hospital, MSF teams carried out nine emergency surgeries free-of-charge.

Desperate for food and safety

Refugees report having suffered violent attacks, kidnapping, rape, robbery and threats from armed groups on the CAR side of the border. Yet some people are so desperate for something to eat that they are choosing to go back to CAR in search of food.

“Life is hard here. We don’t have our fields or any money to buy things. Back home in CAR I had what I needed to work in the fields. But here, I have nothing,” says Anne Kabo, 73, a CAR refugee living in DRC with her family since last May. “Sometimes I work for the locals in exchange for sorghum leaves to feed the family. We eat whatever we can every day or two. It’s mostly sorghum leaves, with no oil.”

Sanitation and drinkable water are also major problems in the area. There is no source of potable water and sanitation – especially in the makeshift sites where refugees live – is very poor. Many people take their drinking water directly from the river, which could cause water-borne diseases to spread.

“In such conditions, the spread of disease is more or less inevitable. Last week there was a suspected case of typhoid fever in one of the makeshift sites where the refugees live – a 12-year-old boy. The family buried the body right next to their hut,” says Ms Gielen.

false
Sandra Smiley/MSF
People collect household water, bathe and wash up in this stream near Bili, Equateur Province, DRC. Potable water is scarce in this area.

There are currently plans to relocate the refugees to a camp near Bili, 60km south of the river, starting in late February. But moving thousands of refugees could take weeks, and in the meantime, refugees and host population alike are in dire need of humanitarian assistance.

“Though many people have just arrived in this area, there are others who have been living in these conditions for months. Refugees and the host community are struggling to find adequate food and water, supplies of which were scarce to begin with,” says Ms Gielen. “More humanitarian assistance – especially in terms of food and water and sanitation – is needed until a more durable solution is in place.”

The work of MSF in CAR

The MSF Congo Emergency Pool is providing emergency medical aid in Sidi, Gbangi and Dula health centres along the Congolese side of the River Ubangi, in Equateur Province. MSF teams are also supporting the district hospital in Bili providing hospitalisation, mental health services and maternity services. Since commencing activities on 6 February, the team has carried out 754 consultations and hospitalised 72 patients.