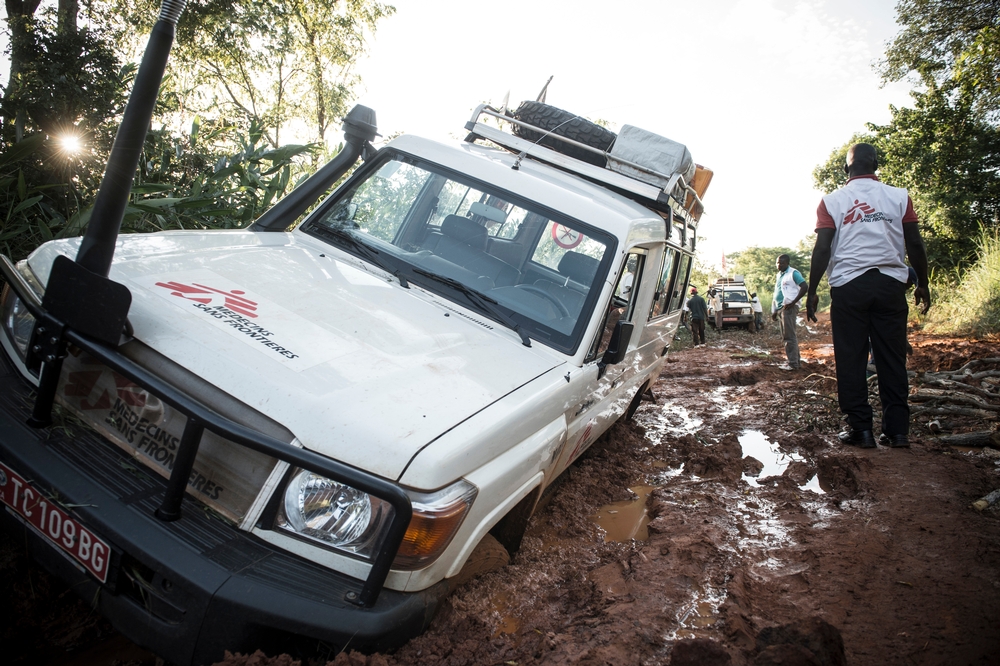 CAR: "The suffering of the people is fueling the armed conflict"

During 2014 he has seen the evolution of a conflict that hit the headlines in late 2013 with a new explosion of violent clashes between opposing militias. This small and forgotten country has suffered an intermittent never-ending war that has led most of the population into poverty and is keeping hundreds of thousands of people away from home.

Q: After the hard clashes in early 2014, has the situation in the country improved?

CAR has the same problems it had a year ago and prospects have not improved at all. No solutions have been found to the underlying problems, such as the ancestral confrontation between shepherds and farmers, and now more and more people resort to violence to solve them.

People’s daily life is still fraught with difficulty. You just have to look at the rise in the price of basic commodities. Civilians continue to suffer and that is fueling the armed conflict.

The anguish and despair felt by many young people lead them to join armed groups. Many young Muslims who fled Bangui after the persecution unleashed a year ago will end up holding a weapon. The large international presence and UN decision to declare CAR a crisis Level Three Emergency (the highest possible on the UN scale) are clear signs that the situation has not significantly improved.

false
Jeroen Oerlemans
An MSF-supply truck broke down on a desolated road from Grimari towards Bambari, in the province of Ouaka (CAR).

Q: What are the main challenges from a logistics point of view in such a difficult context?

Many problems in CAR are somehow the same as in other MSF missions, only to a higher degree. And many of these challenges are interconnected.

In the last year supply problems have grown because of the closure of some borders and the difficulty of finding local suppliers.

One factor that has complicated things even more is the fuel shortage, which has got worse following the deployment of the new UN contingent (started in September).This has led to an increase in fuel demand while supply has remained the same because of the limited capacity of the local provider.

Despite all the hurdles, our mission managed to improve the supply system through a joint effort of all our teams. In particular, we have responded to our priority of strengthening our performance in hygiene and sanitation in the health structures where we work. Training of our staff was key to meeting the challenges in this regard.

false
Jeroen Oerlemans
Christian families seeking shelter in the Notre Dame de Victoire Church. Many IDP's (Internally Displaced Persons) are still confined to makeshift camps and other forms of temporary housing because of reoccurring violence in their villages.

Q: How has the ongoing insecurity affected the transportation of our supplies and teams?

The ongoing armed conflict greatly affects movements all over the Central African territory. We have to negotiate continuously with the various armed groups to facilitate access through the checkpoints, which became more and more difficult to cross by the end of last year.

The instability has even forced us to stop some airlifts of supplies and teams because of the lack of security, and that obviously affects our activities. In addition, this year there are expected to be even more fuel shortages due to the security situation in the country

false
Louise Annaud/MSF
The district of PK5, formerly inhabited by many Muslims of the capital, was destroyed a first time during the Battle of Bangui in December 2013, and is regularly targeted by sporadic violence.

Q: Has there been progress in rebuilding the country?

The country is small but it poses many difficulties for reconstruction. The Seleka and anti-Balaka militias have tried unsuccessfully to become political groups, in part because they are very heterogeneous, with different factions right from the origin. In addition, each region and each city have their own problems and their own leaders, making it very difficult for political groups to grow at a national level.

Moreover, the international community is too concentrated in Bangui and cannot see well what happens in the rest of the country. The intervention could have been more determined from the start, a year ago, but maybe that would have triggered a conflict more difficult to control. Now local people are asking who is responsible for the lack of solutions and the continued insecurity.

And last but not least, if you act against one of the warring parties then you have to do it against the other, and the international community has not known how to manage this need for balance.

false
Louise Annaud/MSF
Nearly 700 people have been living for ten months in a church. They came to shelter reprisals targeting Muslims (following the atrocities committed by the rebels Seleka, a predominantly Muslim coalition). Every Sunday, the Muslim refugees who live in the nave of the church move their luggage into the yard to allow Christians to pray.

Q: How far has the religious war discourse spread in CAR?

What we see in CAR is also found in other countries in conflict. The population is the main victim of the conflict. They have to survive with almost nothing and people end up looking for someone to blame. The easiest scapegoat is simply ‘the others’, whether he is a foreigner or someone with a different religion.

Two years ago, after the coup by the Seleka (militia made up mostly of Muslims that forced a coup in March 2013), the idea that the villains were the Muslims grew very fast among Christian communities. Then the government fell and many Muslims had to flee Bangui, but the problems for the rest did not disappear. People saw it was not a matter of Seleka or anti-Balaka (the opposing militia), or Christian or Muslim. Many realised that the conflict had nothing to do with religious issues.

false
Louise Annaud/MSF
"I have been sick since social troubles in Central African Republic. Today, thanks to MSF, I am totally cured".

Q: What should the focus of the humanitarian community be in this scenario?

We must focus on getting aid to people in the best possible way. In this country, if you lift a stone you immediately see lots of unaddressed needs. The problems go beyond the conflict, but we must not lose focus of what our priority is.

From MSF’s point of view, I think our work is well recognised by all the stakeholders. One of our greatest assets is our local colleagues, who are also part of the local community and allow us a better understanding of the reality.

We have to remain focused on reaching people wherever they need us, beyond the cities, anywhere.