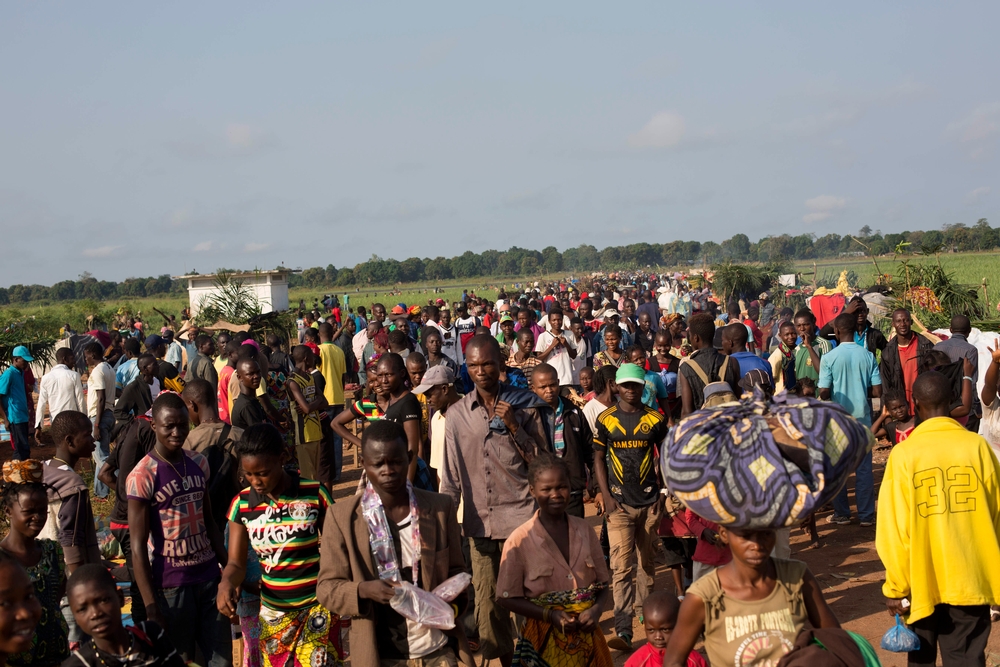 Médecins Sans Frontières/ Doctors Without Borders (MSF) is dismayed at the high level of organized violence against civilians by armed groups in the Grimari and Bambari provinces of the Ouaka region in the Central African Republic (CAR).

“Over the last six weeks our teams on the ground have witnessed the systematic use of retaliatory violence against entire villages, resulting in killings and ongoing displacement of thousands of people,” says MSF’s Project coordinator, Luigi Pandolfi.

The most recent attack happened on June 10 in Liwa, just 10 kilometers away from the International Military Force in Bambari, and resulted in the utter destruction of at least 160 houses and the killing of 12 people.

“During the medical consultations and evacuation of wounded from Liwa I saw the dead bodies of 3 adults and one child burnt in their houses during the attack,” says Pandolfi.  Villagers reported that they had been burnt alive.

In recent weeks, a number of villages, including Bakala, Yabita and Lakanja in Grimari and Bambari provinces have been partially or completely burnt down, leaving civilians no choice but to flee into the bush after losing most of their household goods, agricultural tools and seeds.

MSF alone has treated 97 war wounded in the past two months as a result of the attacks on civilians ravaging the Ouaka region. Many war-wounded travel over 24 hours to reach our clinic, and since we are present in only one part of the region we believe many will succumb to their wounds. Others have hopefully found health care elsewhere.

The continuing violence is not only resulting in wholesale slaughter and widespread torture, it is also creating massive displacement as terrified civilians flee the attacks.

“We are providing assistance to populations whose vulnerability is exacerbated by the consequences of the conflict and displacement,” says Pandolfi. “Malaria is the leading cause of death with more than 71% of patients testing positive for malaria in our consultations as displaced people are living outdoors in the forest, and the rainy season has started which makes them more vulnerable for malaria.”

MSF has been operational in the Ouaka region since mid-April 2014. To date, MSF has provided over 1,000 basic health care consultations via mobile clinics for displaced population and assisted 97 war-wounded.

MSF calls on all the armed parties to halt attacks on the civilians of Ouaka region.

MSF has been working in CAR since 1997. Currently, MSF has more than 300 international staff and more than 2,000 Central Africans working in the country. Since December 2013 to respond to the crisis, MSF has doubled its level of medical assistance from 10-21 interventions in CAR, plus 6 projects for refugees in the neighboring countries of Chad, Cameroon and the Democratic Republic of Congo.