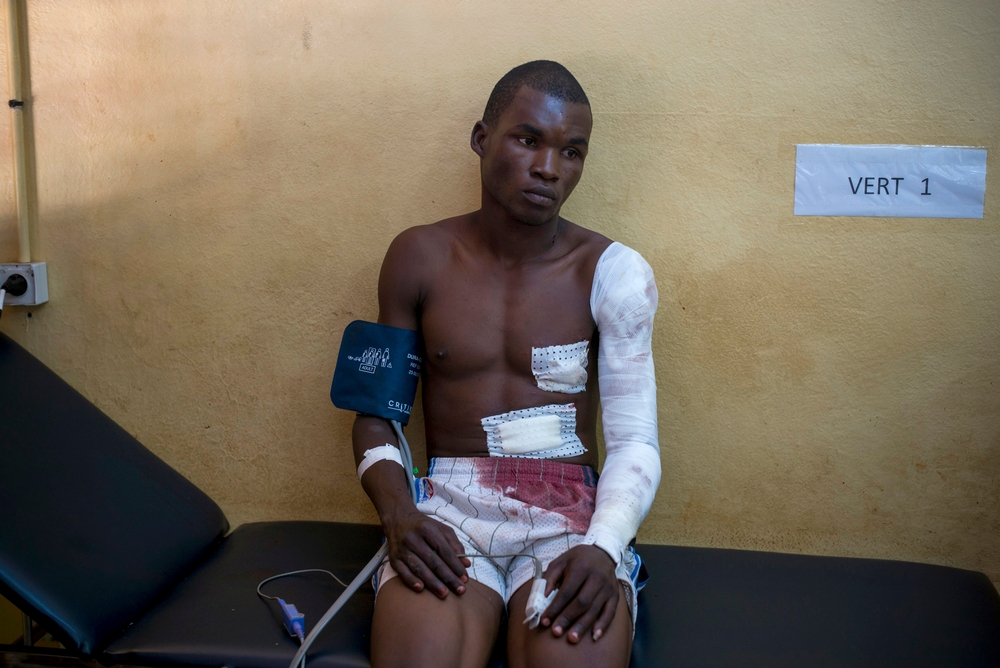 On 26 September, violence broke out yet again in Bangui, capital of Central African Republic (CAR), forcing thousands of people to flee and seek shelter and protection.

Against this backdrop of persistent tension and instability, Médecins Sans Frontières (MSF) teams continue to provide assistance to the displaced in Bangui.

Since this latest outbreak of violence, around 40,000 people have fled from their neighbourhoods to different sites that include Mpoko near Bangui airport.

“They left with nothing and now they’re living in the most appalling conditions. Most have no shelter, no food and almost no access to medical care”, says Jean-Guy Vataux, MSF head of mission in Bangui.

An uneasy calm returned to the city on 2 October. MSF teams immediately launched a needs assessment and on 4 October began delivering emergency treatment to these newly displaced people.

Mobile clinics have been dispatched to temporary encampment sites at the Theology Faculty (FATEB), Benz-Vi, St Jean XXIII and the Adventist complex.

Support is also being provided to Bangui’s paediatric hospital. Between 4 and 9 September, a total of 1,063 consultations (17% for children under the age of five) were given in FATEB and BenzVi, primarily for malaria, respiratory infections, skin diseases and diarrhoea.

Thanks to word of mouth, numbers of patients are increasing daily. MSF teams are now looking into setting up further activities to respond to the numerous needs.

At the worst of the violence, Bangui’s inhabitants were directly impacted by the insecurity (forced displacements, violence-inflicted wounds, etc.).

The presence of humanitarian workers and the assistance they provide – mainly in Bangui but throughout CAR — is essential, particularly in ensuring access to primary and secondary healthcare.

"They are being assisted by other international staff members who have arrived from Democratic Republic of Congo”, explains Jean Guy Vataux.

Between 26 September and 2 October, MSF teams provided care to victims of the violence in three of its facilities. 183 casualties were treated at the General Hospital and close to 200 others at Castor maternity hospital and the health centre in Mpoko camp.

MSF has been working in CAR since 1996. In 2014, our teams provided over 1.3 million medical consultations and treated 59,059 hospitalised patients.