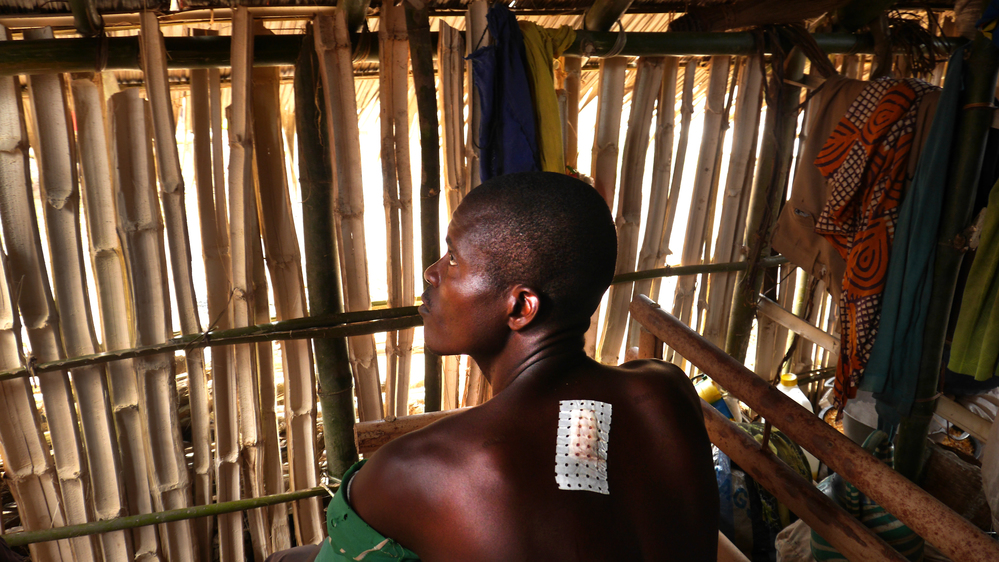 CAR: Will Bambari be next?

Will Bambari be next?’ This is the question on everyone’s lips in Central African Republic’s second city and commercial hub.

Its residents worry that the violence engulfing the cities of Bangassou and Bria since early May in the form of brutal massacres could soon spread to Bambari, with a repetition of the bloodshed of the 2013-14 war

The Ouaka River splits the city in two, with one part predominantly Christian, the other mainly Muslim. Bambari has been calm over recent months, its numerous ethnic and religious groups living relatively peacefully, side by side.

"There's the risk that any small criminal incident could be interpreted as an act of provocation, which could ignite a wave of violence between communites in Bambari."
Cédric chaponmsf project coordinator

In February, the UN stabilisation mission, MINUSCA, declared Bambari a “city without arms”, strengthening the perception of it as a safe area for those fleeing violence elsewhere in the country.

Bambari’s calm has recently been shaken by events nearby. On 8 May, a massacre took place in Alindao, a town 120 km away, during which 133 people were killed and entire neighbourhoods were burned to the ground. 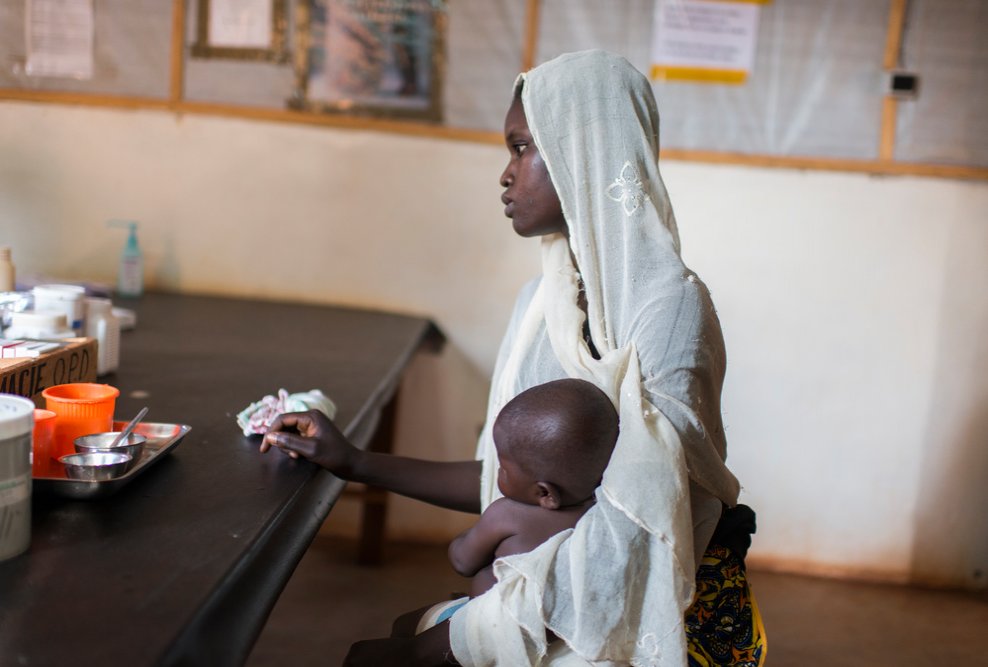 This led the town’s population leaving for Bambari. The displaced people, along with Bambari’s longterm residents, rely for medical care on the city’s hospital, which is supported by a team from Médecins Sans Frontières (MSF).

"I thought I was dead"

Anga is a resident of Alindao, the city where he has lived all his life. He is a 32-year-old Christian who worked in the slaughterhouse of his city.

"He lifted my head up and slit my throat with a knife. I thought I was dead, but it seems that he didn't reach a part of  my throat and I kept breathing."
Agnasurvivor of a massacre at alindao

“It was 7am. I was entering the slaughterhouse where I work when I heard several shots, I fled to the house of a Banda Christian friend [Banda is the largest ethnic group on that side of the city]. I thought I would take shelter there until the shots stopped, but soon the Muslims who supported the Fulani started knocking on the Bandas’ doors.

When they arrived at the house where I was with several other men, they opened the door and two men started firing. I ducked down and a bullet grazed my head. The other people in the house were shot dead. 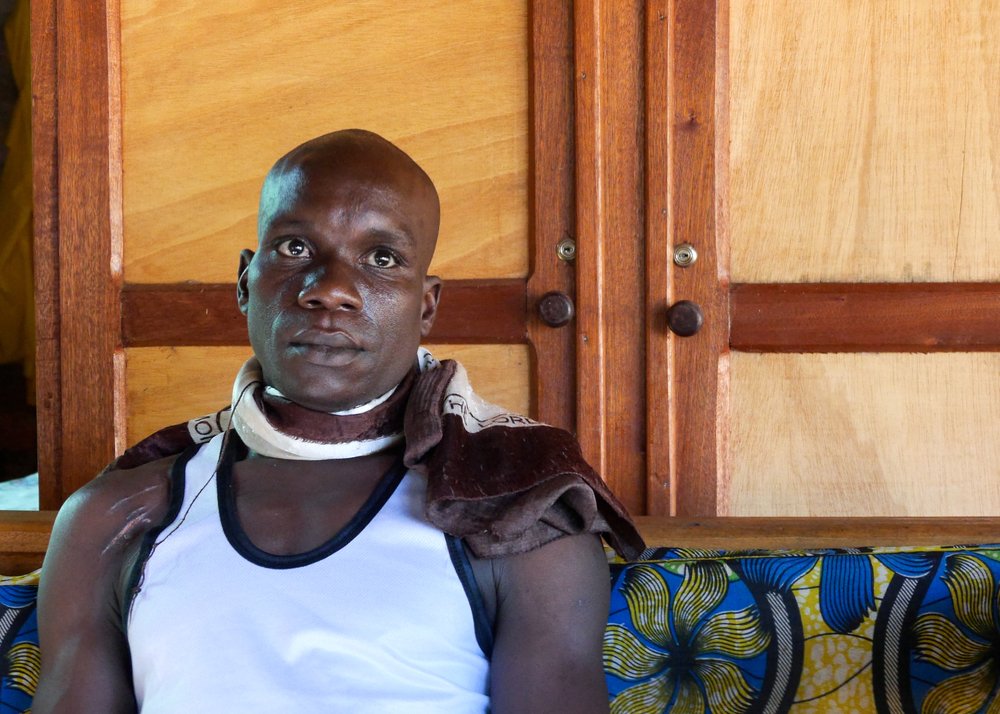 Anga, from Alindao, is being treated in Bambari’s hospital by MSF after arriving from Alindao with his throat cut. The house where he was with other people was attacked by armed men. He managed to flee and stayed in the bush for two days before he arrived in the Catholic Mission of Alindao and later was brought to Bambari.

When I was lying on the ground, protecting myself from the bullets, a man approached me, he lifted my head up and slit my throat with a knife. I thought I was dead, but it seems that he didn’t reach a part of my throat and I kept breathing.

I pretended to be dead. I had lost a lot of blood. My eyes were closed, but when they left, I opened them and saw that they were setting the house on fire. Then I managed to get up and fled to the forest, leaving the corpses of my friends in that house. 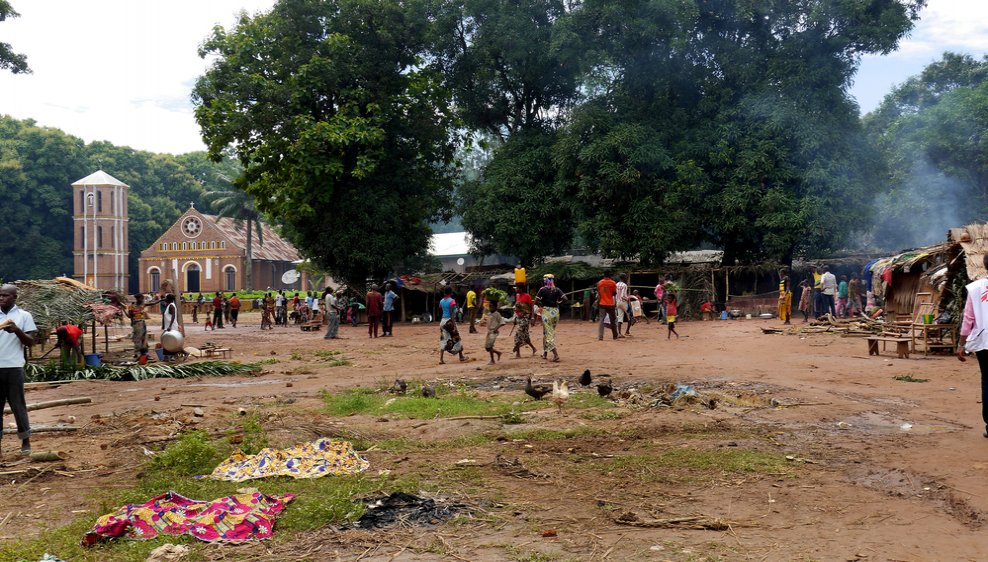 Alindao, where the refugee Christian population was. The International Red Cross arrived there to transport the most serious of us to the hospital of Bambari."

Bambari may be peaceful at present, but no one knows how long it will last.

“Instability has already affected most of the major cities, with the exception of Bambari. But people are afraid. Even if it’s peaceful between the two communities at present, there’s the risk that any small criminal incident could be interpreted as an act of provocation, which could ignite a wave of violence between the communities in Bambari.”