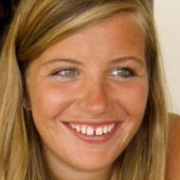 Francesca is responsible for the water supply and the sanitation within a hospital.

The ‘flying’ part of her job means she never stays put for too long:

It’s the start of my second assignment with MSF, following a nine month stint in South Sudan. I’ve just arrived in the town of Zemio - my first stop in CAR - where MSF has been running a specialist HIV and maternity hospital for several years.

Zemio is really beautiful – full of lush green trees taller than houses. When I arrive, I’m told it’s the furthest point in Africa from any sea. 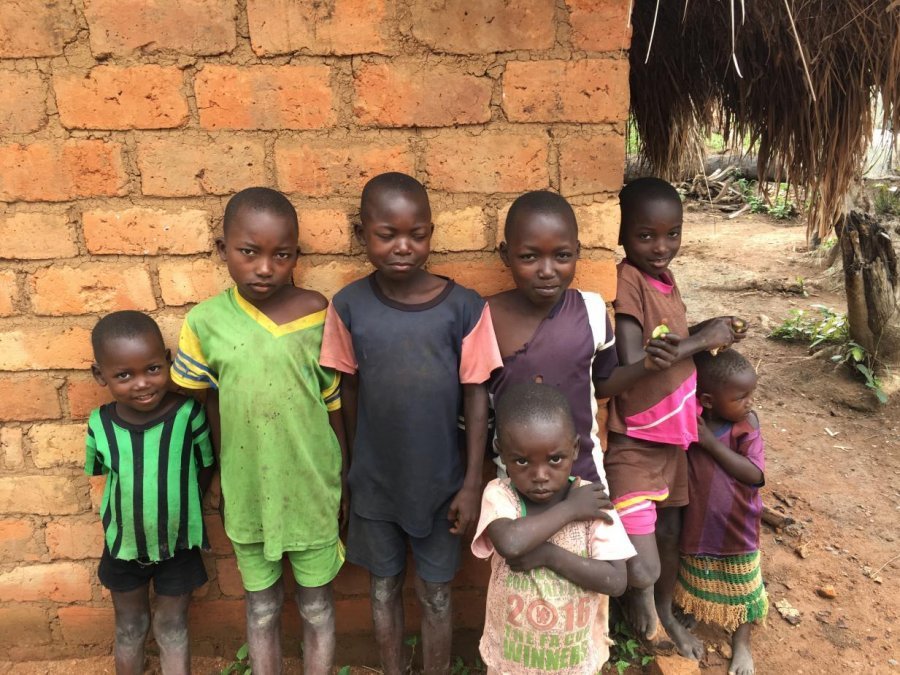 Kids in Zemio at a malaria test point
I’ve just spent an exhausting day building an incinerator for the hospital, alongside a local MSF watsan called Bertrand. The incinerator is really important in order to improve the medical waste management in the hospital – it is the first and foremost way to prevent the spread of unwanted disease.

Bertrand and I have been working hard to get the job finished before the end of the day. We work well as a team because we have different skills that complement each other. I have a civil engineering background, so I can calculate the number of bricks we need, and he knows how to cement the bricks together to make the incinerator stand up! 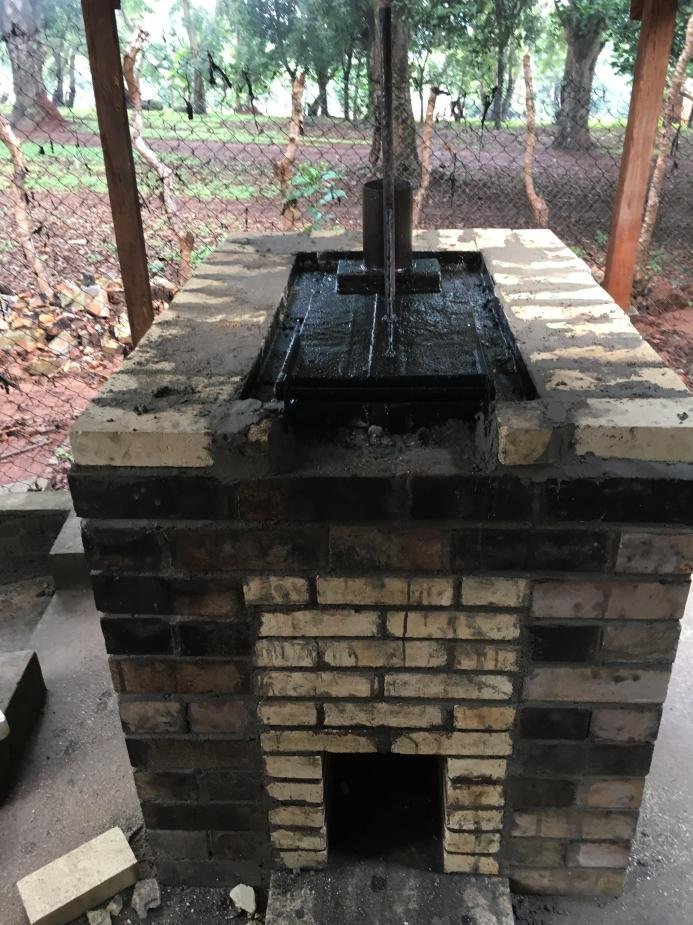 The incinerator, completed
Before testing the incinerator, we found one of the most deadly snakes known to the community nestled inside Bertrand’s heavy-duty work gloves.

Seeing five Central African men beating a small glove with shovels and axes is quite a sight to behold! But it was a lucky escape for Bertrand, as snake bites can be fatal in this part of the world.

It’s getting late and I should probably go to sleep soon. We’ve got a long day ahead tomorrow – there’s a back-log of medical waste we need to start incinerating and the pile is huge – three feet high and six feet wide.

I arrived in Bambari, in the south of CAR, a few days ago – my second stop in the country. MSF has just taken over management of the town hospital and I’m here to help improve the water and sanitation.

Over the last few weeks there has been an influx of displaced people in the area and the hospital is incredibly busy, with many people living in tents just outside our front doors.

Today, whilst cleaning the paediatric inpatient ward, I helped a very frail woman carry her sick and malnourished five-year-old daughter from one hospital ward to the other. It was one of the saddest things I’ve ever seen. 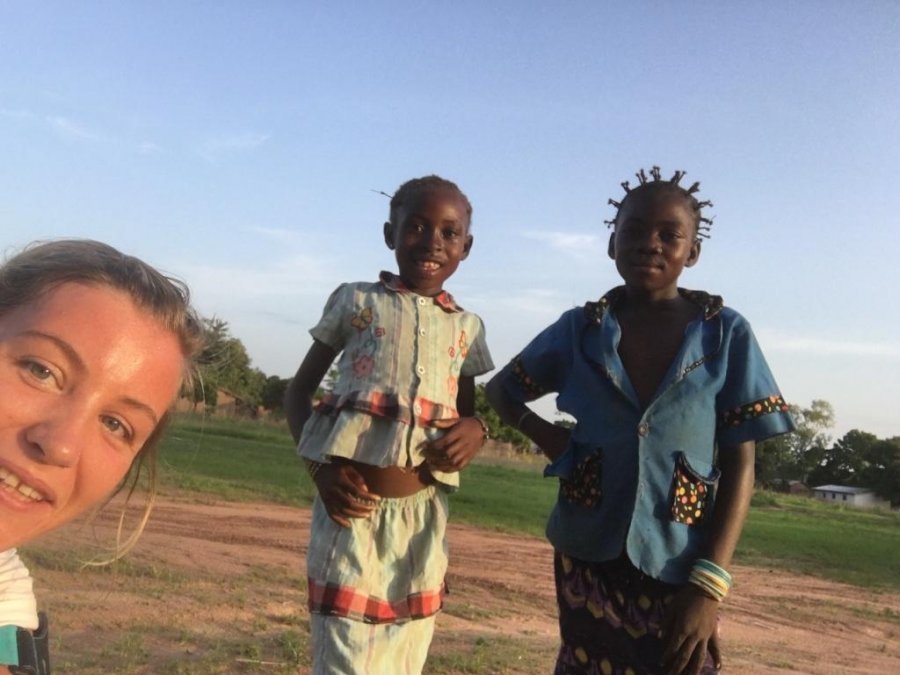 Francesca and some new friends
The woman was incredibly weak and must have only weighed around 45 kilos. Her daughter had been admitted to the hospital with acute malaria and was unconscious.

In order to properly clean the hospital, the patients needed to temporarily move outside while we worked.

When I saw this woman struggling to carry her child, my natural instinct was to rush over and help her. I took the child in my arms and we walked together outside. In that moment, I don’t think there’s a human on earth that wouldn’t want to help.

Luckily the little girl is getting better, with the help of the brilliant MSF medical team. With kids of that age, I’m always amazed at how close to death they seem when they arrive, and then barely a few days later they are up and about, laughing and playing in the hospital ward!

I have just spent six sleepless nights in Bangui, the capital of CAR, and my penultimate stop before I head home. I’m exhausted, but there has been a small cholera outbreak in a village just outside the city, and it has meant all hands on deck to respond.

Within days of the first confirmed cases, the MSF team had set up a cholera treatment centre (CTC). We worked for 15 hours a day, building the CTC from scratch in a field just outside of Bangui. 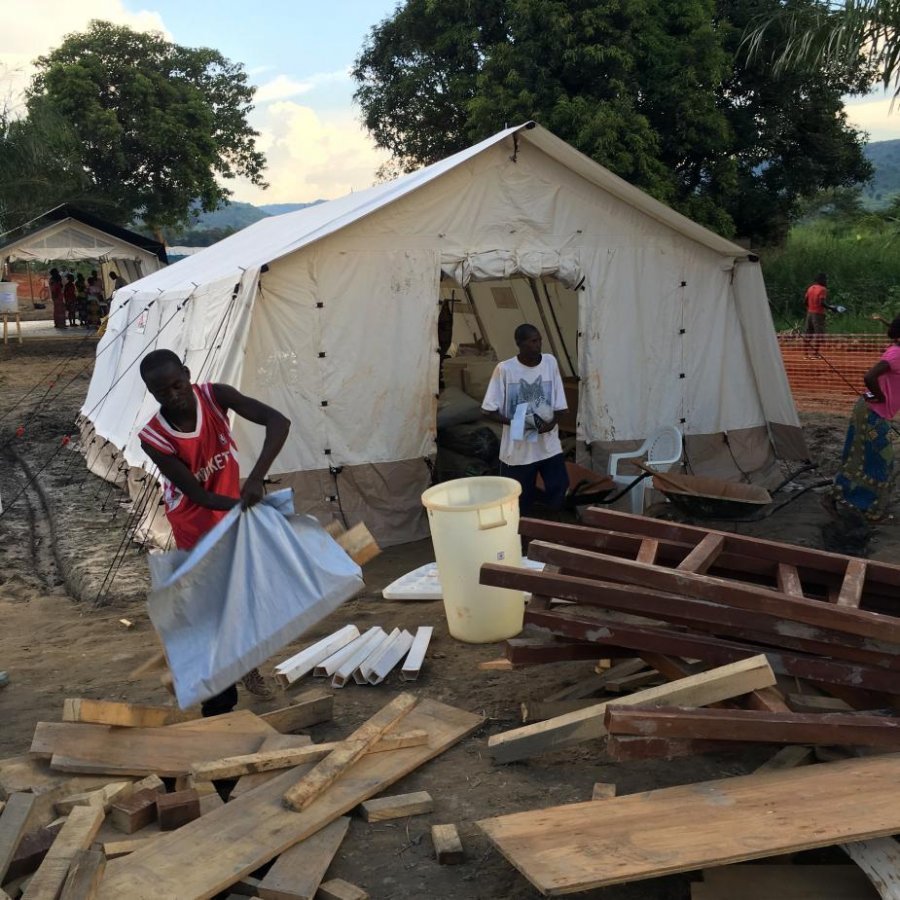 In just three days we had built the triage area, isolation unit, treatment area and kitted the CTC out with its own water supply, generator and electricity. We’d wake up as soon as it was light, and we’d work non-stop until seven or eight in the evening under the blazing sun.

It was a dream project for a watsan like me; with cholera, good hygiene stops the spread, so I really felt like I was saving lives, even though I’m not a medic.

I’m in Bossangoa, northwest CAR, and my final stop before I head back to England. MSF is running a massive hospital here with a big inpatient department and an even bigger children’s ward. 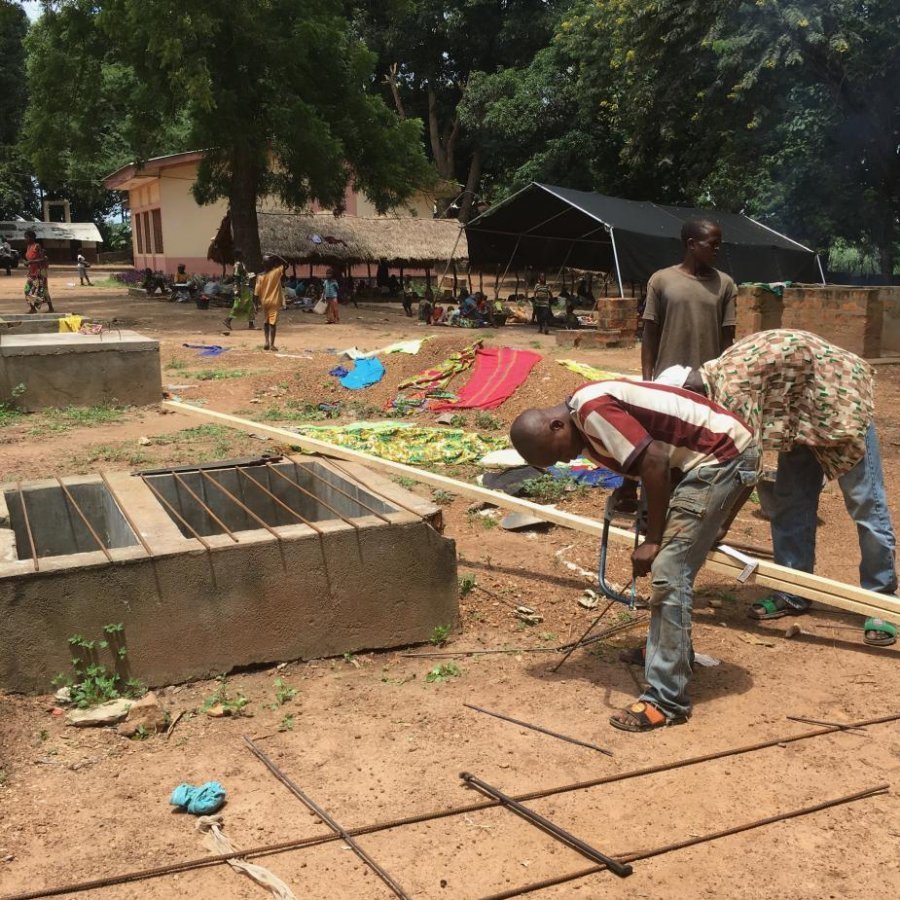 At any one time there are 250 inpatients and more malaria than I’ve ever seen.

I’m here to help fix the draining system in the hospital – a pretty unglamorous job, but someone’s got to do it.

If you don’t have proper draining systems in place, water from the hospital becomes stagnant and attracts mosquitoes, which can cause serious cases of malaria and other waterborne diseases. So it’s vital to stop the spread of disease.

We’ve been working in teams of three and four to build different parts of the drain. I’ve dug and sweated so much in the past few days I’m exhausted.As an engineer, it’s my job to figure out how we build the drains underground, and what we will need to do it.

Finally the new drainage system is up and running. My work here is done!

8 September: Back in Bangui

The day has finally arrived: the day I leave CAR. My flight from Bangui leaves tomorrow morning and lands in London the same evening.

So much has happened in the space of four short months and I’m really sad to be leaving. 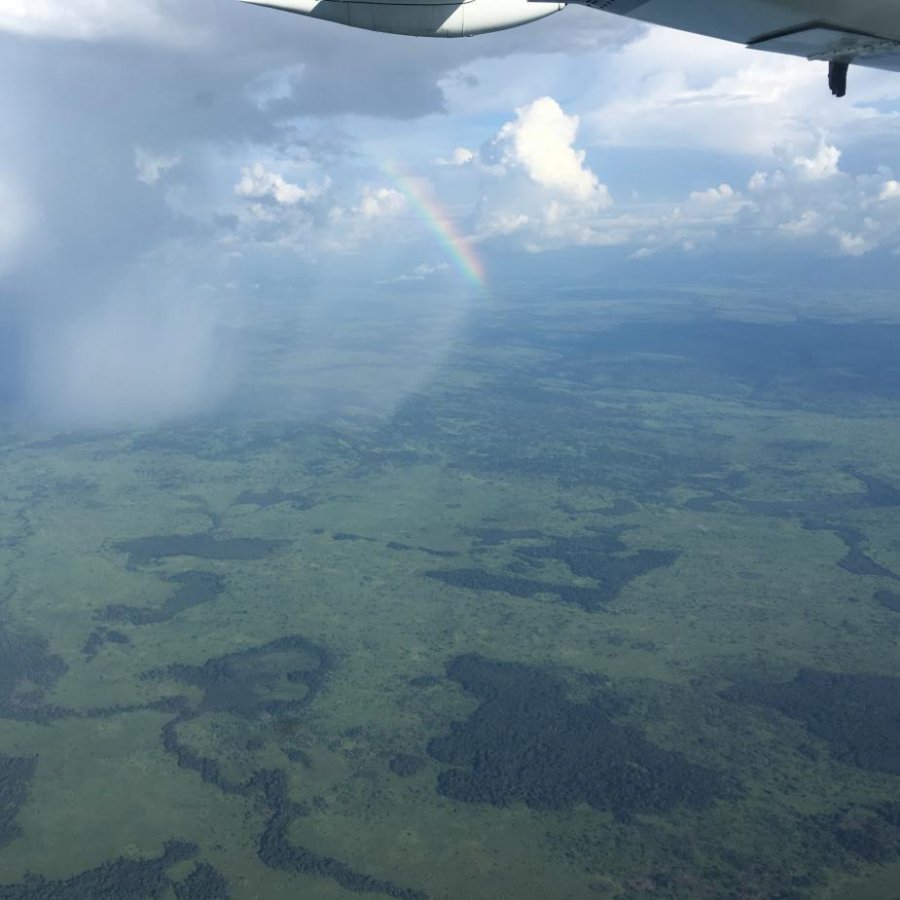 For the last 18 months I have been a small part of MSF and I have loved every moment. It’s going to be surreal to be home.