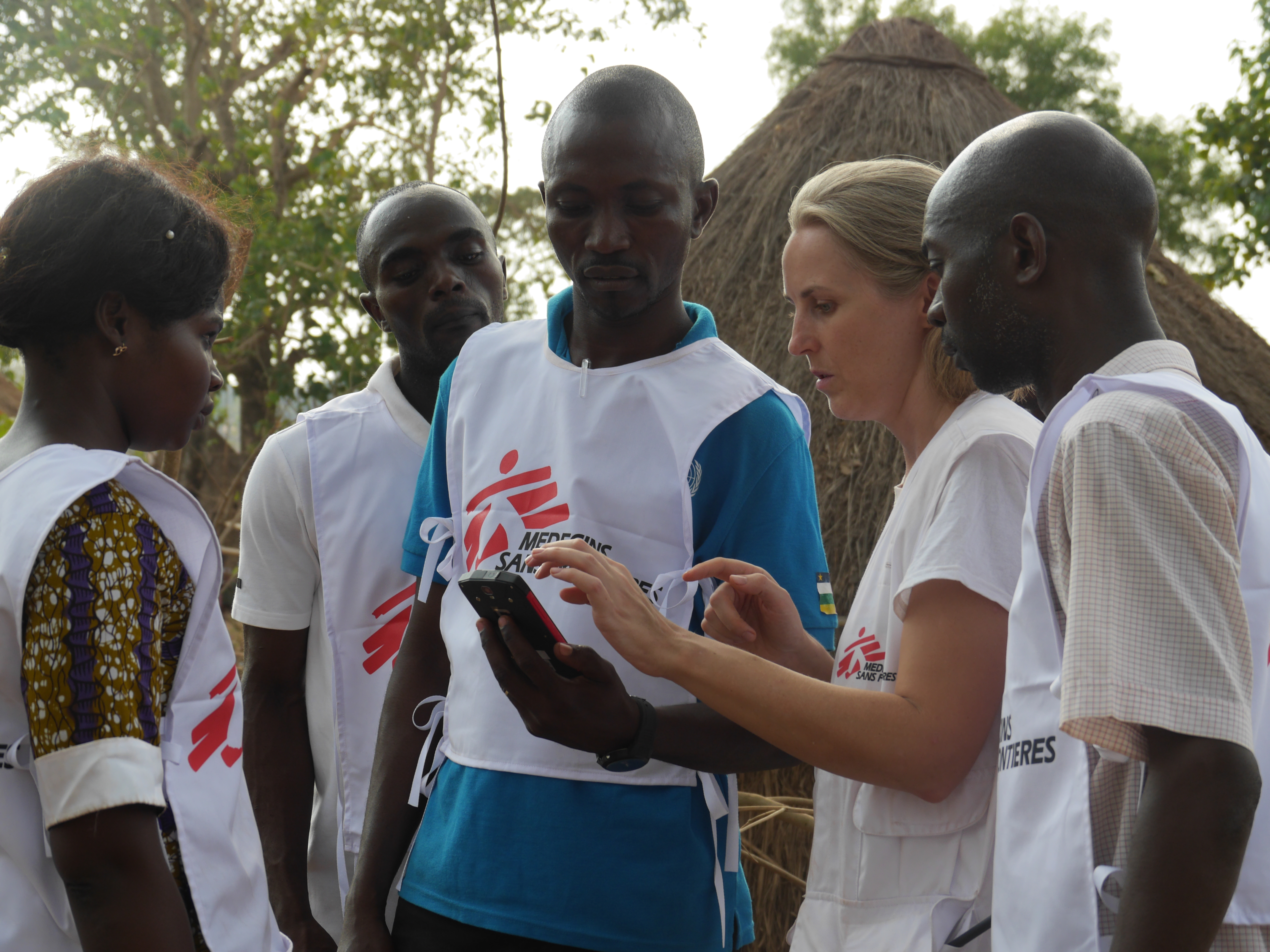 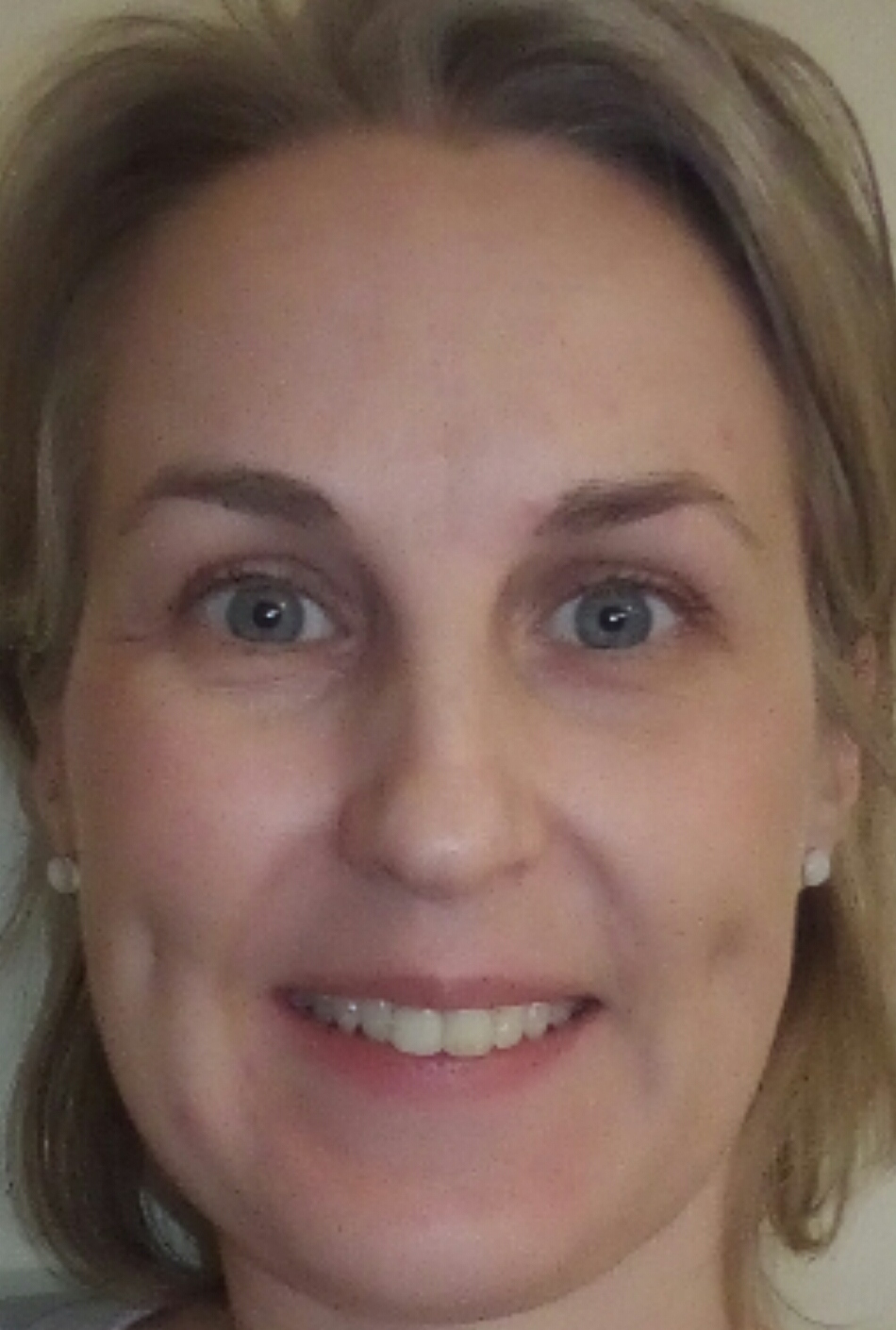 MSF is active in providing healthcare for communities in the Central African Republic (CAR), a country which has some of the worst health outcomes in the world. Co Louth-based Eve Robinson recently returned from CAR after a research project into high mortality rates in rural areas.

The lowest life expectancy in the world

I had never heard of the Central African Republic, often shorted to CAR, until I started working for Médecins Sans Frontières (MSF). For many years, MSF and other organisations have described CAR as being in a state of “silent crisis”.

Despite it being one of the poorest countries in the world, enduring a brutal civil war in 2013/2014, and coming bottom of the table for most health statistics worldwide, CAR remains largely unknown internationally.

I arrived in CAR to work as an epidemiologist with MSF in in September 2019. One of my main roles was to help understand the health problems in the areas where MSF work. 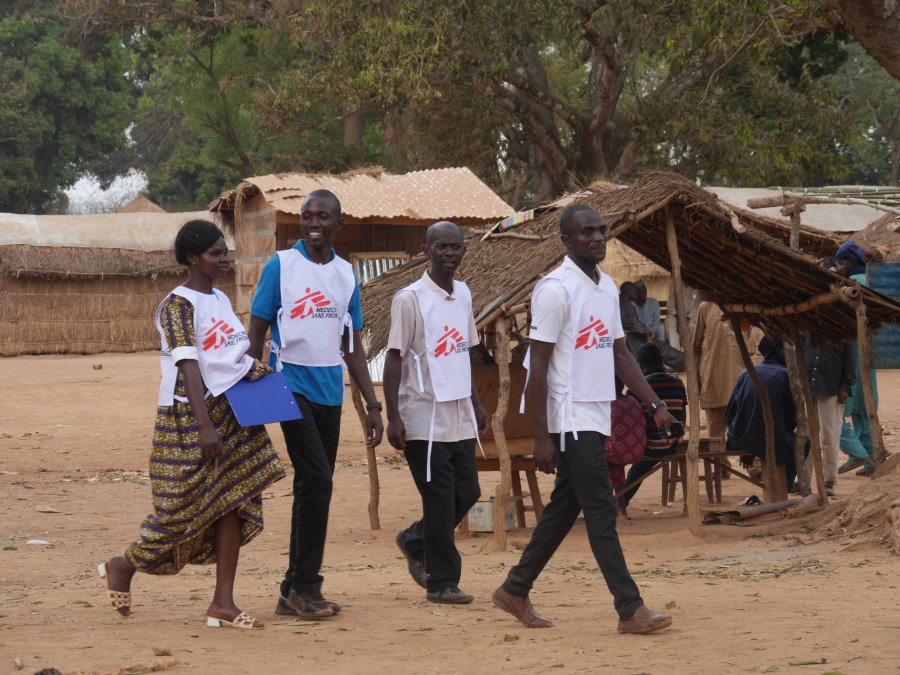 MSF surveyors walk through a village in the prefecture of Ouaka, Central African Republic, as part of a MSF healthcare study in 2020.

CAR has the lowest life expectancy in the world – just 52 years. Because deaths are not officially registered in CAR, we didn’t know what the death rate was, or what the biggest causes of death were in the community.

I analysed data from our clinics and hospitals regularly, but this only told us so much. We knew that many people couldn’t attend healthcare services because they are too far away, they are too sick to travel, or because of lack of security due to the presence of armed groups across the country.

We wanted to know if we were responding adequately to the needs of the population. Between February and June 2020, we would do several studies across the country to compare areas to have a picture of the national situation.

I was responsible for the first study in a region called Ouaka. 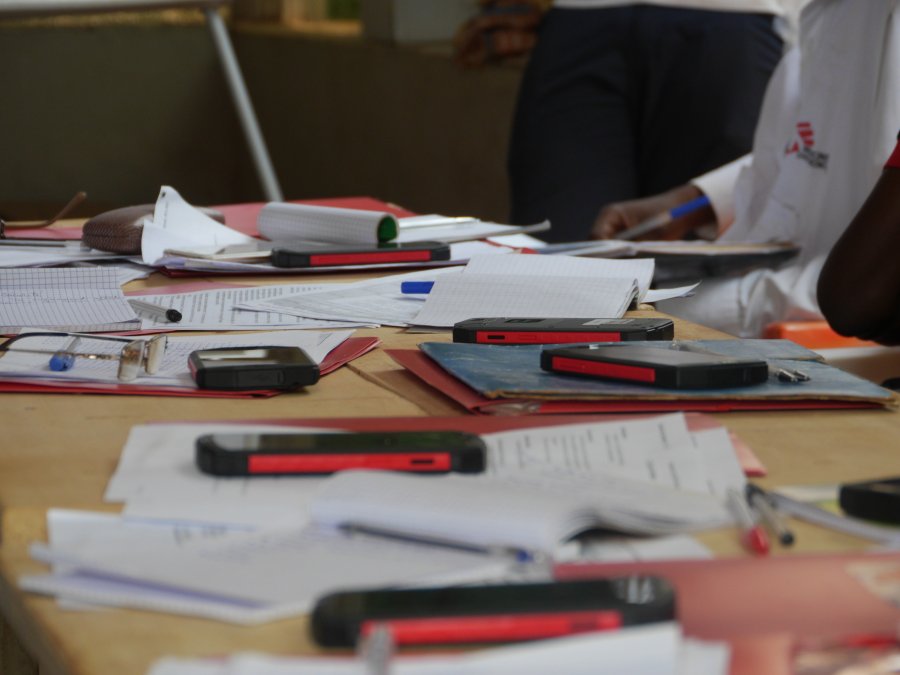 Eve Robinson and MSF colleagues carrying out several studies across the country to compare areas to have a picture of the national situation.

We spent months planning. In a country as fragile as CAR, with a looming presidential election, there was a real threat that factions might seek to discredit the results for political reasons, so we had to ensure our methods would withstand any scrutiny. In Ouaka, we randomly selected the villages to visit.

We didn’t plan for the emergence of a global pandemic

Even our sturdy land cruisers could only manage 20km per hour on bumpy dirt roads. Some bridges were broken and not passable, and some of the villages in the bush could only be reached by motorbike.

We planned for how and when we would tell the armed groups which controlled the region what we were doing - early enough that they could tell their troops on the ground to let us pass safely, but not too early to give any malevolent factions time to plan anything against us.

We didn’t plan for the emergence of a global pandemic. 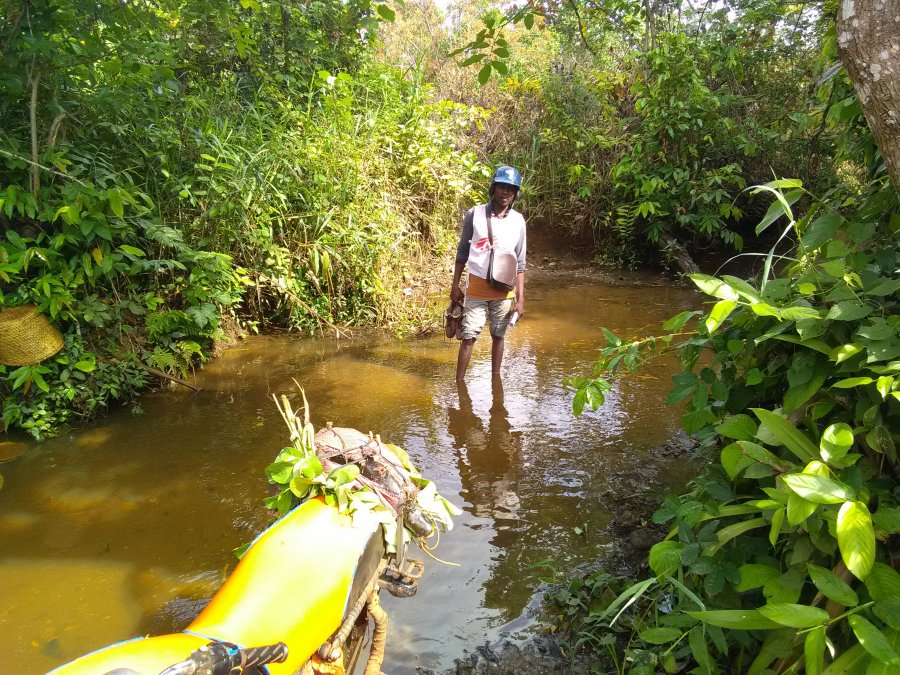 We were halfway through the survey in Ouaka when the first case of COVID-19 was detected in CAR.

Could we continue? We didn’t want our study team to unknowingly introduce the virus to the remote villages we were visiting, undoing the protection their isolation might give them against COVID-19. On the other hand, our preliminary results were indicating that the deathrate was much higher than expected.

How important was it to continue to document how bad the situation was? If we waited until after COVID-19, would people say the high deathrate was because of COVID-19, and not believe the severity of the underlying crisis?

We eventually decided to continue for as long as it was safe for the community and for us.

We politely refused outstretched hands when greeting village leaders, awkwardly offering an elbow bump, and trying to soften any perceived rebuff by explaining why. It got easier as news of the pandemic spread to even the remotest villages through old transistor radios hooked up to solar panels, or travellers passing through.

People were desperate for information about the virus and how to protect themselves. We explained the importance of hand washing, cough etiquette and physical distancing. Some of it seemed inane; soap was an unattainable luxury for many, and even those who could afford it before told us the price had gone up.

In the end we didn’t get to visit all the villages we had planned, but not because of COVID-19. By the time we finished, less than a handful of cases had been detected, all in the capital city. 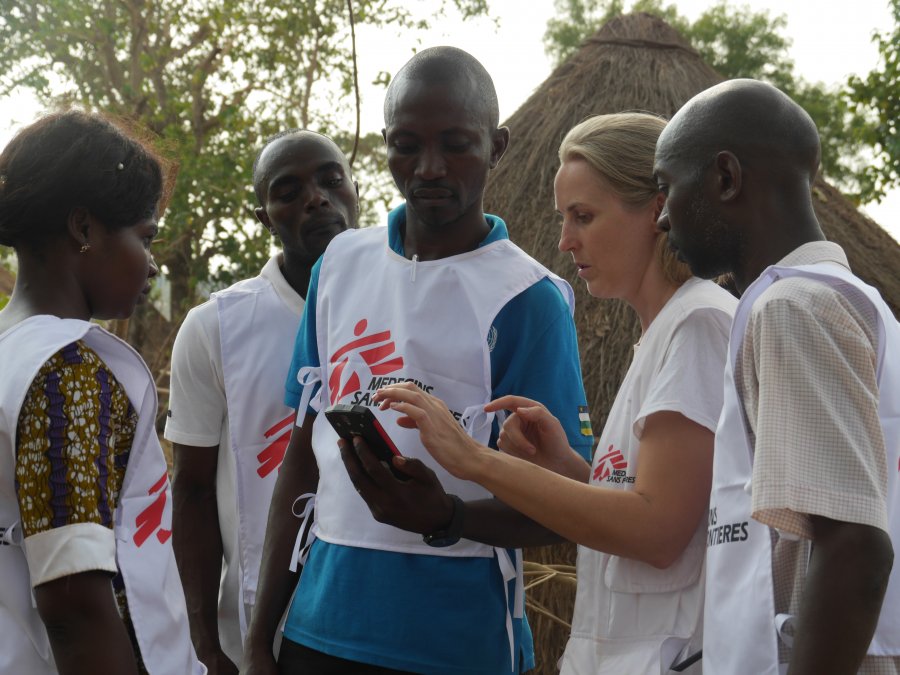 Epidemiologist Eve Robinson consults with MSF colleagues during a survey at a village in rural Ouaka. MSF/Eve Robinson.

A hijacking of another NGO by unidentified men, and the killing of a UN soldier along the roads to the last remaining villages, meant it just wasn’t safe.

We also had to postpone the studies in the other regions. For now, we only have the results for Ouaka, but they are stark. The death rate is far higher than what would be considered an ‘emergency’. Children are dying from illnesses that are either preventable or easily treatable, such as malaria, diarrhoea, pneumonia, and measles.

The “silent crisis” not only continues but worsens

As of early 2021, CAR, hasn’t been as badly impacted by COVID-19 as was feared. A lack of testing and barriers to accessing healthcare probably veil the true picture.

At times, over the last few months, as I see second and third waves of COVID-19 hit Ireland and elsewhere, I have thought to myself how lucky CAR is to have been spared. But then I think of Ouaka, and all the villagers that told us they don’t have clean water to drink.

I think of the grandmothers who told us they found it hard to feed their grandchildren since they’ve been orphaned. I think of the family that lost two children to measles. I think of the villages that are afraid of being attacked by armed actors. I also think of my MSF colleague from Ouaka, who was killed on 28th December after being caught in crossfire as a new wave of violence hit the country linked to the presidential election.

CAR is not a lucky country. The “silent crisis” not only continues but worsens.

We hope to restart our study in the other regions of CAR next year. In the meantime, MSF will use the results from Ouaka to improve our response in the region and to continue to advocate for the people of CAR.

MORE ON OUR WORK IN CAR >