In November 2017 a series of security incidents forced Médecins Sans Frontières/Doctors Without Borders (MSF) to evacuate its team from Bangassou, Central African Republic (CAR), and suspend activities in the area for five months. In April 2018, MSF team returned to the city. Doctor Ernest Lualuali Ibongu has been working in Bangassou since 2017 and has experienced both the suspension and resumption of activities. Here, he describes the situation.

What was the situation in Bangassou when you first arrived?

Before I arrived Bangassou was described to me as a “little paradise”: a haven of social cohesion in CAR relatively unaffected by the intercommunal conflict that tore the country apart from 2013 to 2014. But just three days after my arrival, I found myself one day in an ambulance in the midst of fighting, transporting 27 war-wounded patients to the MSF hospital. It was as if the city I had heard about had disappeared. 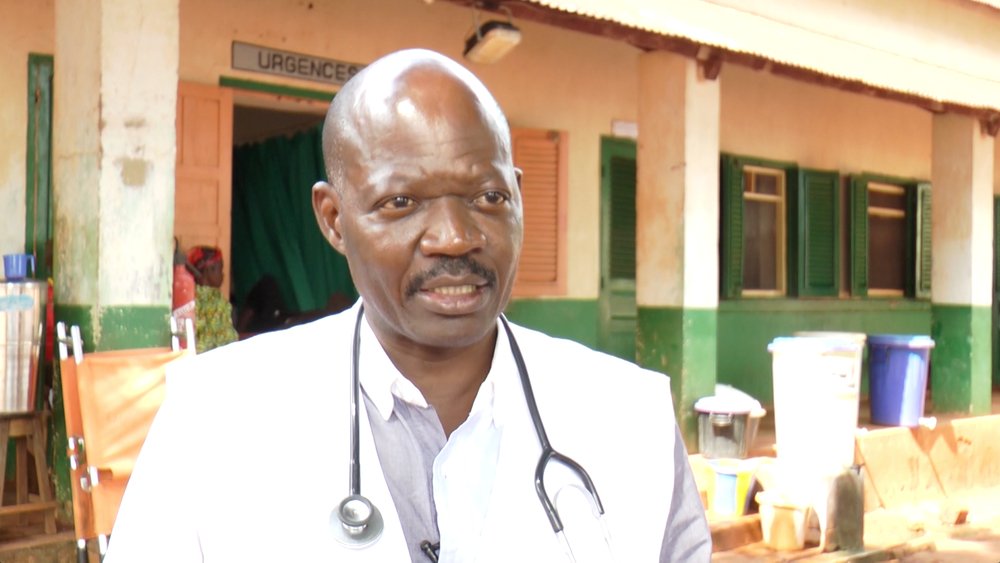 Back then we still had a large team in the region. We were expanding the hospital, training medical staff in three rural health centres, implementing an ambitious programme in the villages where we wanted to improve access to drinking water to prevent cases of diarrhoea, and implementing prophylactic measures against malaria. Neither of these diseases are as loud as guns, but they are much more deadly. But when insecurity increased we had to shrink our teams.

It was an intense period. Before tensions escalated in Bangassou, the number of patients admitted for violent trauma could be counted on one hand. But in April 2017, we treated 141 war-wounded patients and they just kept coming: thirty per month, sometimes more. On top of that, people don’t stop getting sick during conflict.

Many people who needed care were so afraid of encountering armed men on their way to the hospital that they didn’t dare attempt the journey unless they were so ill that their lives depended on it. I will never forget a case we had in August or September: a four-year-old child with a complicated case of malaria who was brought to the hospital from more than 200 kilometres away. We still don’t understand how he survived the journey.

Why was MSF forced to suspend activities in Bangassou?

Many of the challenges we faced in Bangassou come with the territory when providing humanitarian aid as close as possible to those who need it most. However, we were forced to leave when we were no longer able to work under the conditions of neutrality and impartiality that are supposed to protect us in war zones. If we can’t treat people solely based on their medical needs, we fail in our mission.

"If we can’t treat people solely based on their medical needs, we fail in our mission."

For instance, I remember the case of a twelve-year-old child who had been shot and wounded. The staff did everything they could to save him and he survived. But a few months later this same child suffered a bowel obstruction. He was living in a camp for displaced people less than a kilometre from our facility. We were told, “if you take him to the hospital, we kill you”. I had to resuscitate him for 48 hours in the camp, stabilise him and transfer him more than 700 kilometres away to Bangui, where he underwent surgery.

The increase in incidents like this pushed us to wonder if our presence remained legitimate, considering armed men were forbidding us from providing care to part of the population. The armed robbery of our base in November 2017 was the last straw, and that’s when we decided to leave. 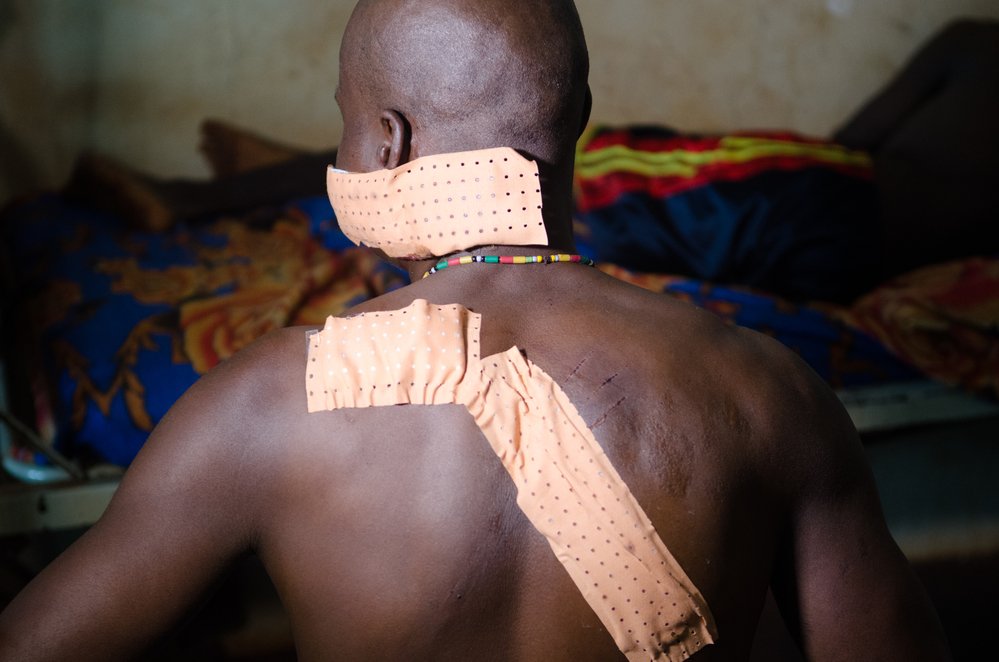 Natacha Buhler/MSF
Dieudonné R. was attacked by fighters with machetes and was left to die, but managed to escape and reach Bangassou hospital. - Image from August 2017

What made MSF return to Bangassou in April 2018?

The tensions in Bangassou have eased a bit recently, which encouraged us to progressively resume our operations. We returned under one condition: that all parties accept and adhere to humanitarian principles and allow access to our services for all those in need, regardless of who they are. We conducted lengthy discussions and consultations with the local population to ensure that MSF’s return—desperately needed, considering the extent of the unmet medical needs—could be carried out under acceptable safety conditions for our teams. It’s the involvement of all the communities that convinced us we could indeed come back.

We are resuming activities gradually, focusing at first on paediatric and surgical emergencies. In the paediatrics department of Bangassou hospital we handle at least 60 blood transfusions per month. Here, a transfusion generally means severe malaria, which, if left untreated, can mean death. Bangassou hospital is currently the only health structure available for the region’s 200,000 inhabitants. We simply can’t let these people down. Nevertheless, we remain vigilant, because CAR remains one of the most dangerous contexts in the world.

How would you describe the situation in the city today?

Things have improved significantly in Bangassou. People are starting to cut the grass again and we can see the horizon… Children are playing in the streets; there are even patients who come from the displacement camp to the hospital for a consultation, which would have been unthinkable just a few months ago. This doesn’t mean the fighters who operated out of Bangassou have disappeared. They have simply retreated to the periphery, and the population is still affected.

Despite all of this, I still have hope. The communities here are not as divided as they might seem. In Bangassou, Muslims and Christians have always lived together. In fact, there are a lot of mixed couples. I believe it was external events that changed the city’s internal dynamics. We could feel it during the months when we suspended our activities, when the people of Bangassou committed to working together to allow everyone to access to care. Keeping this in mind helps me move forward.

read more about our work in central african republic >