Bangui, 17 June 2021 – Some 8,500 people have been expelled from their makeshift camp in Bambari, Central African Republic (CAR) after renewed fighting broke out in the region, says international medical organisation Médecins Sans Frontières/Doctors Without Borders (MSF). Several thousand people have sought refuge in the compound of a mosque in Bambari town where they are living in very precarious conditions. The camp was burnt to the ground and an MSF-run health post in the camp was also destroyed.

Elevage camp was born out of the brutal conflict that ravaged CAR in 2013-14.

Located on the outskirts of Bambari, one of the main towns in central CAR, people from mostly semi-nomadic communities sought refuge here after fleeing fighting in various areas. 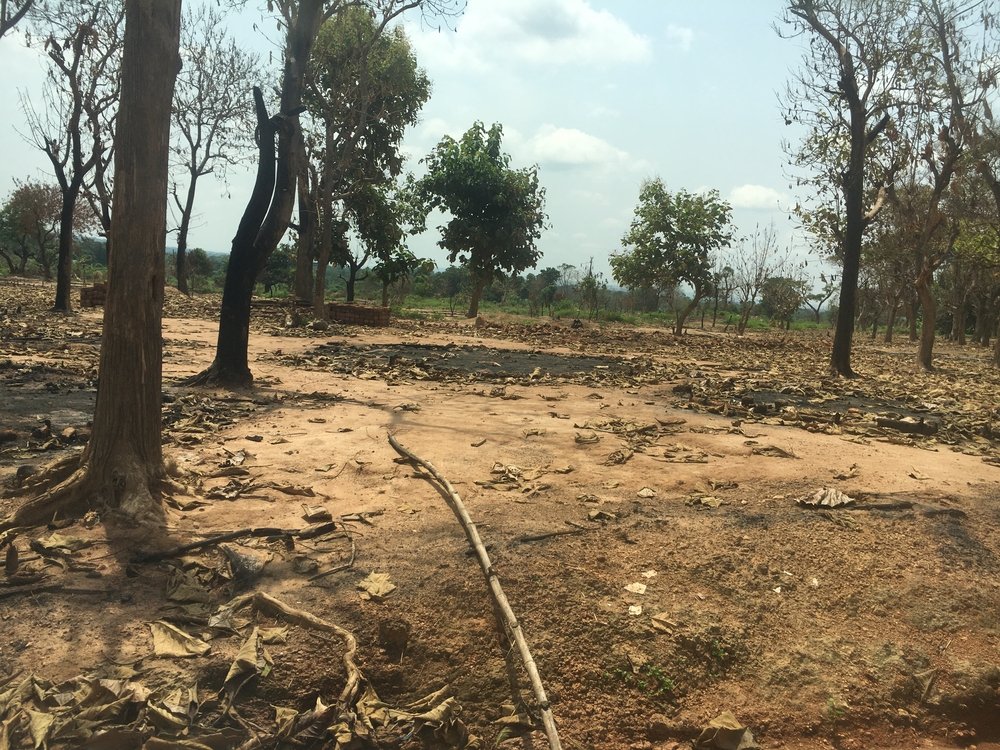 Vivien Aristide/MSF
Buildings stand in ruins at Elevage, a makeshift camp set up in 2013 on the outskirts of Bambari town, which hosted 8,500 displaced people until it was set on fire and destroyed in early June. 15 June 2021.

In subsequent years, as periods of violence alternated with calmer phases, the site began to resemble a small town, with six mosques and hundreds of shops, tents and other structures set up by the 8,500 people who lived there.

“The site was made up of displaced people from the towns of Bria, Kaga-Bandoro, Ippy, Boali, Kabo and Bossangoa, who had fled the armed conflict.”

Almost nothing is left

All the tents were destroyed in the blaze, while most of the buildings – one-storey houses made of clay or concrete – stand in ruins, including a small health post run by MSF where teams treated more than 200 children each week for malaria, the main killer disease in CAR, as well as for diarrhoea, pneumonia and other diseases.

"Nobody is left in the camp; there is just the silence of the nearby forest" 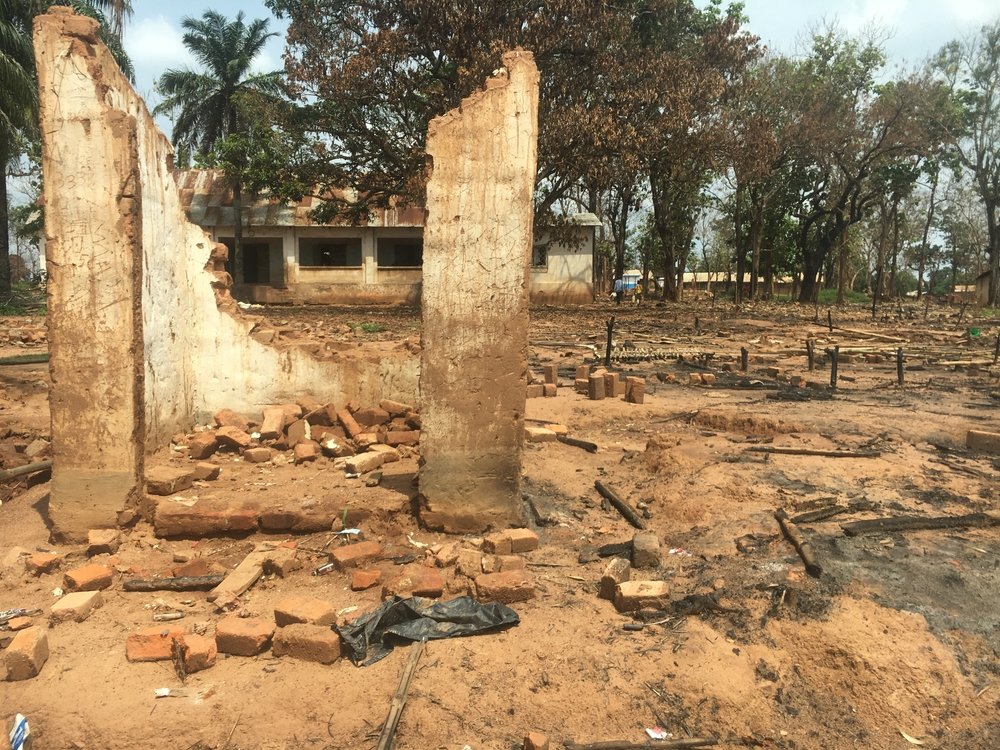 Vivien Aristide/MSF
Shelters were burnt to the ground at Elevage, a makeshift camp set up in 2013 on the outskirts of Bambari town, which hosted 8,500 displaced people until it was destroyed in early June. 15 June 2021.

Just a handful of buildings still stand on the red soil, which is littered with bricks, broken sticks, melted plastic and abandoned belongings for as far as the eye can see.

Nobody is left in the camp; there is just the silence of the nearby forest.

Since the conflict in CAR reignited in December 2020 amid the electoral process, the Bambari area has not been spared the tensions that have spread through large parts of the country.

Offensives launched against the government by a new coalition of armed groups, and subsequent retaliation by government forces, have seen violent clashes become regular recurrences over recent months.

One of these clashes took place on the night of Friday 4 June between government forces and non-state armed groups in the vicinity of Elevage camp.

The following day, soldiers entered the camp, according to accounts from former residents.

On Sunday 6 June, billowing smoke could be seen from the direction of the camp.

“They arrived at around 2 pm on Saturday and ordered us to leave the site immediately,” says Mahmoud. 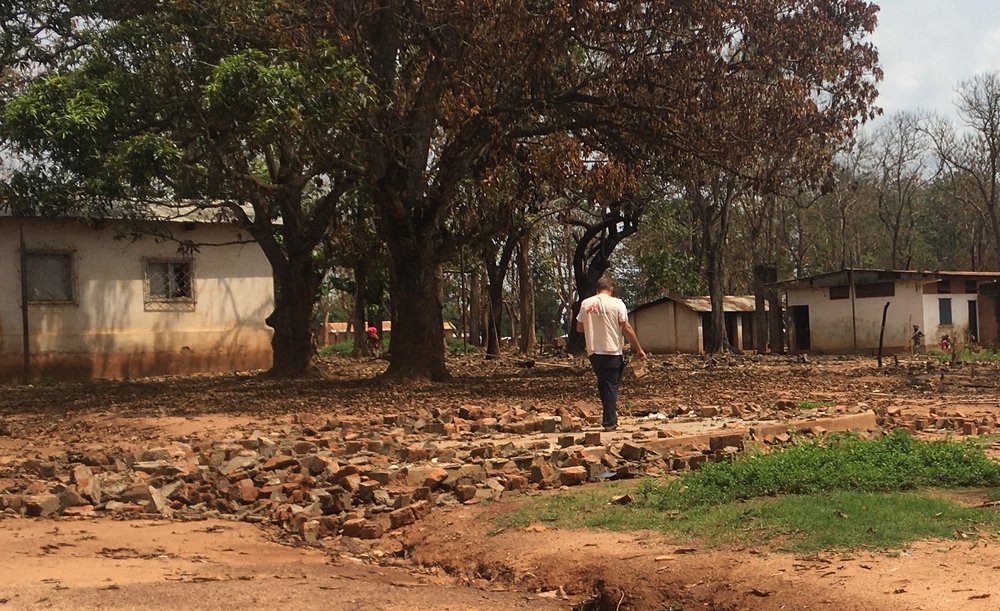 Vivien Aristide/MSF
An MSF staff member walks through the ruins of an MSF health post which provided malaria treatment at Elevage camp for displaced people, on the outskirts of Bambari, destroyed in early June 2021. 15 June 2021.

“Guns were fired into the air, leading people to panic and run away in a hurry to vacate the place. Locals from surrounding areas took advantage of the situation to loot everything we had."

"They forcefully took our goats and stole our mattresses. Not long after, the site was burnt down.”

Most of Elevage’s former residents have sought refuge in Bambari town, just a few kilometres distant, either in the mosque compound or within the host community.

With the rainy season looming, the lack of proper shelter increases their risk of contracting diseases such as malaria. 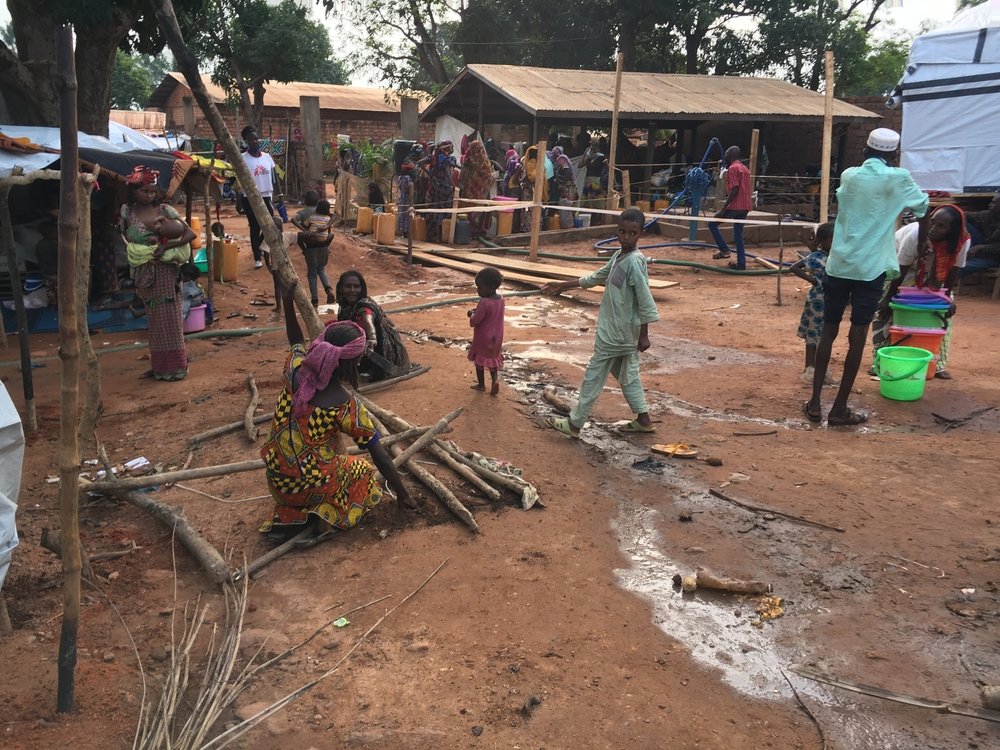 “Uprooted from their homes and deprived of healthcare, the displaced people are even more vulnerable now than they were before.”

“Conditions here [in the mosque compound] are deplorable,” says Mahmoud.

“We sleep on the ground, with no shelter, mat or mosquito net. There is no food, no latrines and not enough clean water.”

Uncertain future amid the conflict

Hamida, who lived with her 10 children in Elevage camp, says that coping with their new circumstances is very hard.

“After being expelled from Elevage, we have gone from bad to worse. We are scared and have lost everything. My children have nothing to eat."

"Without assistance, my children will no longer be able to go to school. We don't know what to do.” 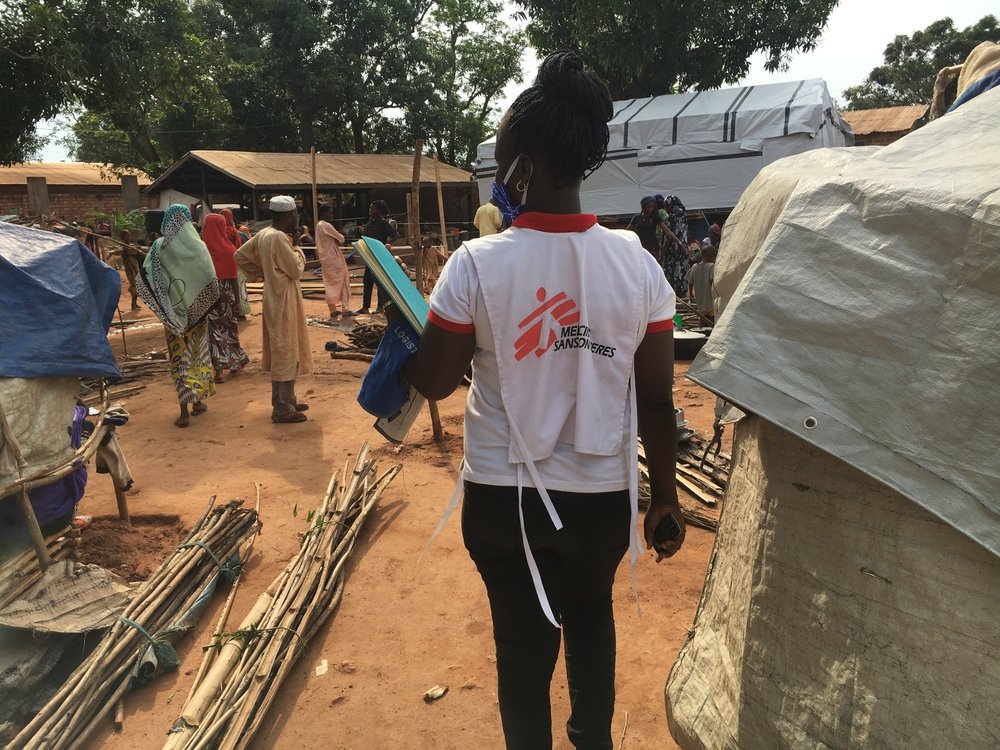 Vivien Aristide/MSF
An MSF staff member stands near displaced people in the compound of a mosque in Bambari town, Central African Republic, where thousands of people sought refuge after Elevage camp was destroyed in early June. 14 June 2021.

MSF teams in Bambari have opened a new health post in the mosque compound to treat people for malaria and other health conditions.

They have also set up a waste collection point and are giving advice on health-related issues and providing mental health support to help people deal with the traumatic events of recent weeks.

"It is essential to protect them and, in the long run, to find a safe place for them to stay that is respected by all parties involved in the ongoing conflict"

While teams from other aid organisations are also providing some assistance to the displaced people – including providing clean water at the mosque and distributing relief items and emergency food rations – much more needs to be done.

“It is urgent that more latrines are built and that people have access to food and drinking water,” says Gastineau. 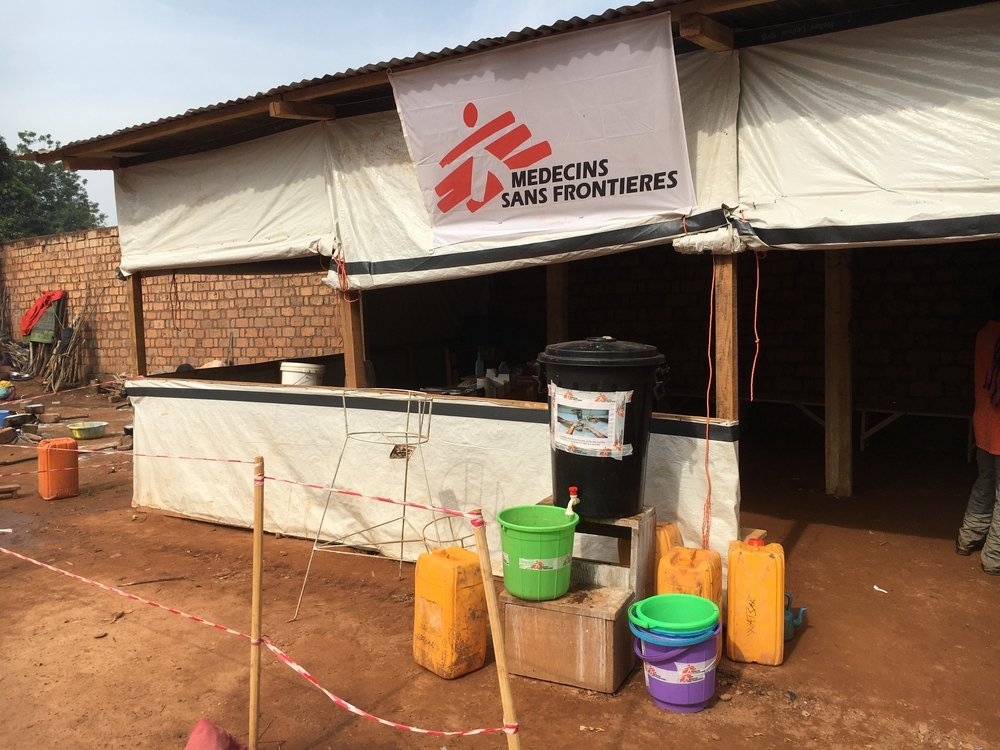 Vivien Aristide/MSF
A new MSF health post stands ready to receive patients with malaria and other conditions in the compound of a mosque in Bambari town, Central African Republic. 14 June 2021.

“It’s also vital to support the host community who are now under added pressure with the massive arrival of people. These people have been subjected to continuous violence amid the conflict."

"It is essential to protect them and, in the long run, to find a safe place for them to stay that is respected by all parties involved in the ongoing conflict.”

“We are alive, thanks be to God,” says Hamida.

“I just hope that one day security and peace will reign in Central African Republic.”

Names of displaced people have been changed to preserve anonymity.