Central African Republic: In the time of COVID-19, malaria is still the biggest child killer

The hospital in Batangafo is bustling with activity. This is a town of 31,000 people, including 22,000 displaced from elsewhere in the Central African Republic.

A lot of focus here has been placed on infection prevention and control measures to identify and isolate people with suspected cases of COVID-19. However, another deadly disease has had a much heavier impact on the lives of people living here… malaria. 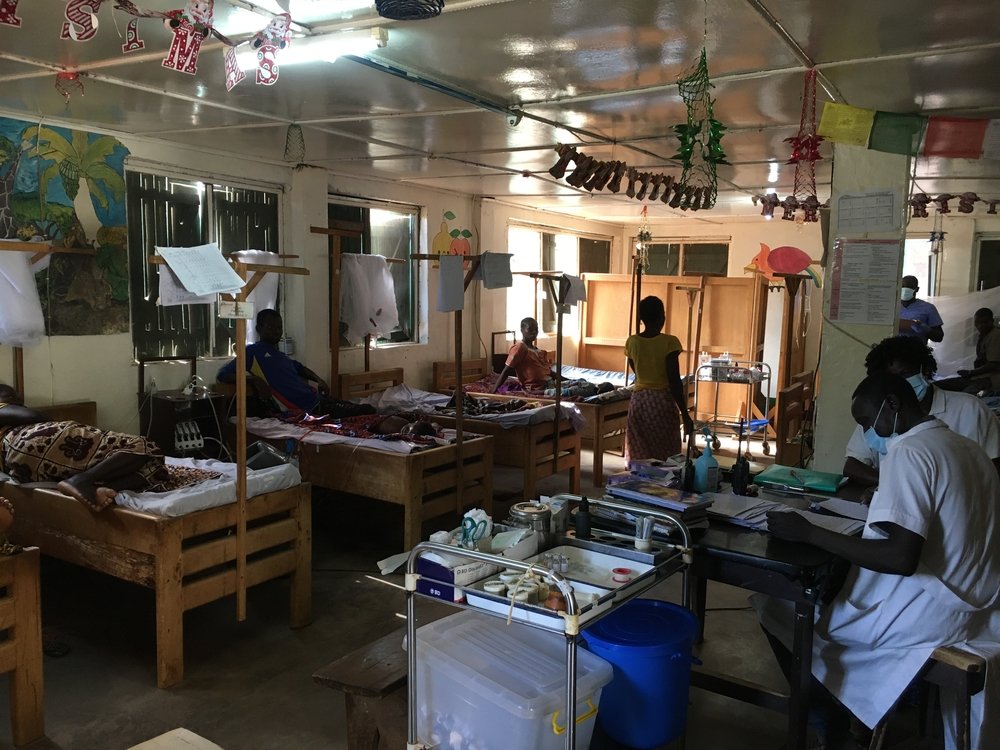 Lorène Giorgis/MSF
A paediatric ward at Batangafo hospital. In peak times, eight out of 10 consultations are due to malaria complications

September is the rainy season. A time when, each year, malaria becomes more deadly than ever in the Central African Republic. It is the leading cause of death for children under five in the country.

"During the rainy season, malaria ravages communities that have limited access to healthcare and preventive measures"

During periods when malaria transmission is high, eight out of ten paediatric consultations in the hospital supported by Médecins Sans Frontières / Doctors Without Borders (MSF) are due to complications from malaria, including anaemia and dehydration. 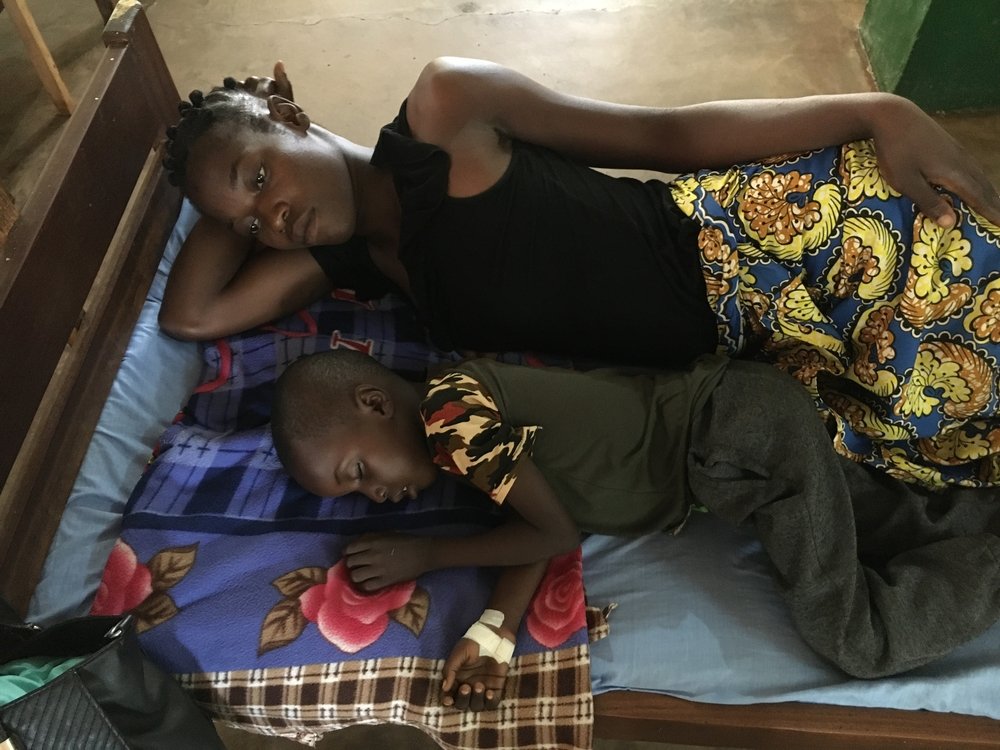 Lorène Giorgis/MSF
Chancella Gbtoum and her five-year-old son, Yakota Abbias, who is being treated for severe malaria at Batangafo hospital

Since the beginning of the year, MSF has treated 39,631 malaria cases in Batangafo, compared to 23,642 in the same period last year.

So far, 1,074 children under five have been admitted to the hospital because of malaria. Sadly, 28 of them did not survive.

“I’m afraid to lose him”

“Because he caught malaria, my son is very weak, and the doctors said he is anaemic," says Chancella Gbtoum, mother of five-year-old Yakota Abbias.

"They are trying to stabilise his condition to avoid more complications that could be fatal. I am so afraid to lose him."

Chancella and her other younger child have both received antimalarial medication from MSF as a preventative measure.

“I gave my other 11-months-old child the medication against malaria that we received from MSF,” she says.“I took it, too. I know that this time, we will not get sick.”

To mitigate the impact of this deadly disease and protect the community, MSF launched a targeted campaign of preventative treatment also known as a mass drug administration for malaria at the beginning of the rainy season.

In order to reach a maximum number of people and to make sure that the population understood the importance of this initiative, the campaign was run in three stages.

First, MSF raised awareness of the campaign with the help of community leaders and by broadcasting spots on the local radio. 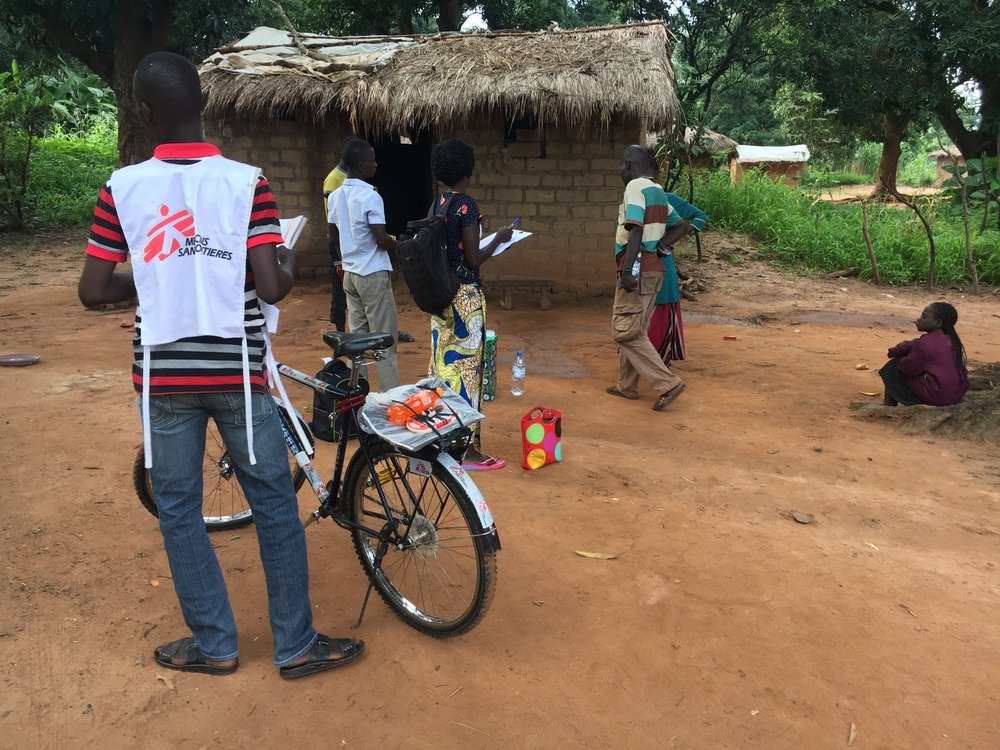 Next, the team went door-to-door to distribute the preventative treatment.

And, finally, they returned to each household to check if people had taken the treatment and to identify any side effects.

By taking the medication to people in their own homes, they avoided the risk of crowds gathering at distribution sites and potentially spreading COVID-19.

The MSF teams also adopted protective measures such as wearing masks and keeping a safe distance between individuals.

The rise in patients with malaria is not limited to this region near the border with Chad, but is happening countrywide. 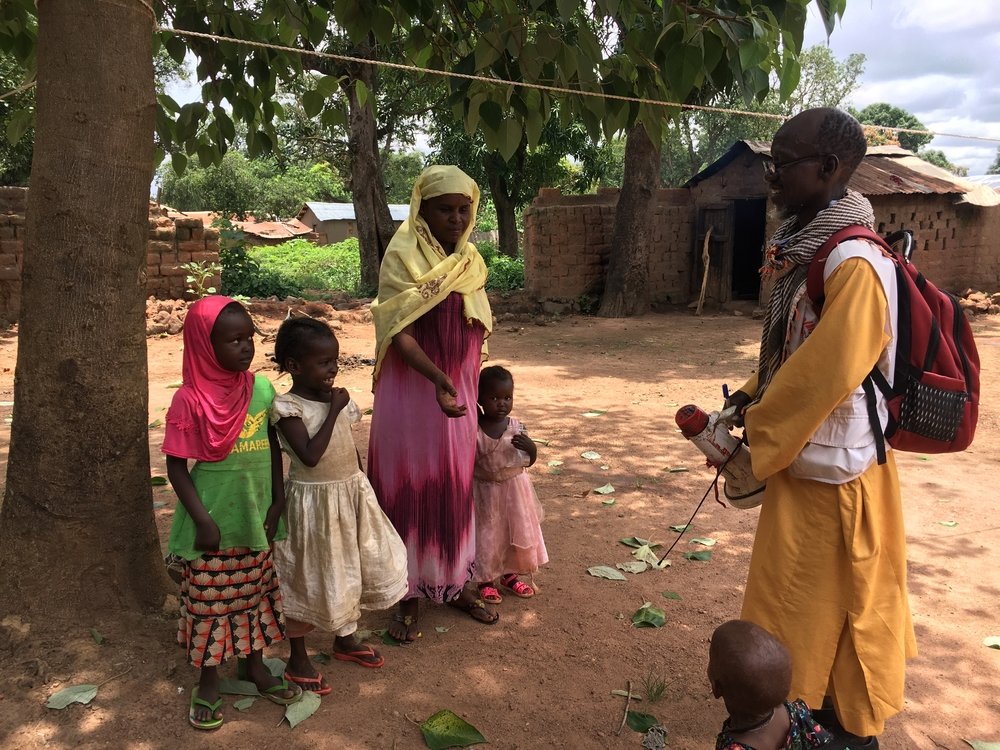 “Every year, we are seeing a spike of malaria cases across our projects in the Central African Republic. In 2019, we treated 578,072 cases of malaria throughout the country.

“Access to effective malaria treatments remains inadequate in a country that has seen years of conflict and neglect. Impregnated mosquito nets are expensive and out of reach for many. So, the mass drug administration is an effective way to prevent complications from malaria.”

¨I am pregnant, and I do not want to get malaria. It is dangerous for my future child,” says Félice. 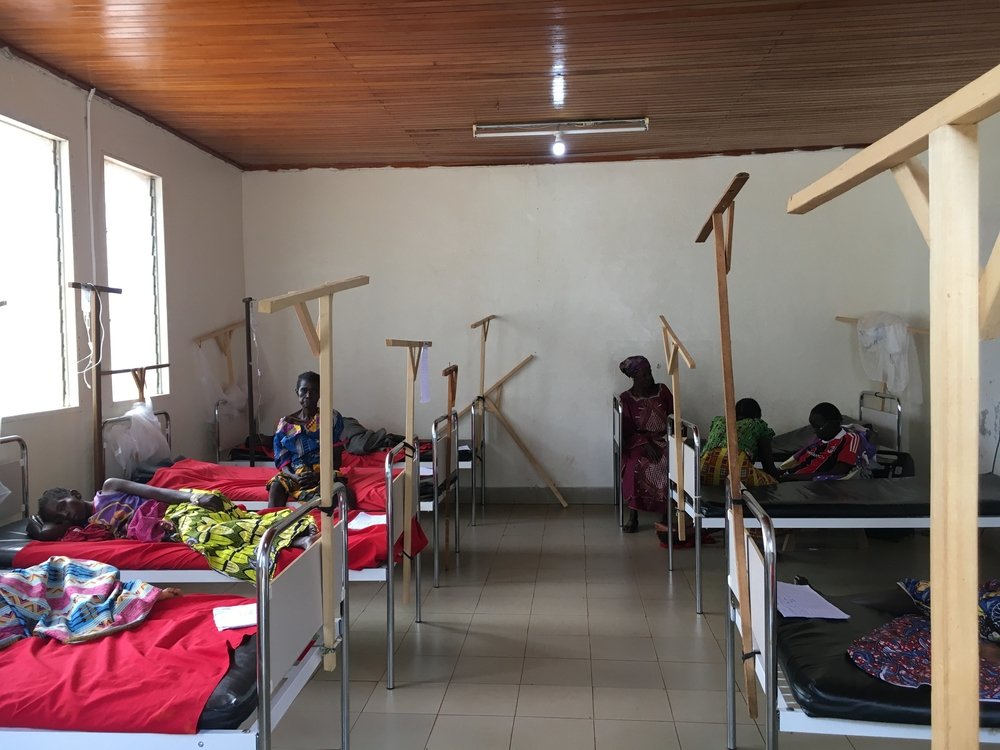 Lorène Giorgis/MSF
Emergency ward at the MSF-supported hospital in Batangafo.

“I know I am more vulnerable, and I need to take this treatment.”

In the first round of the campaign, MSF provided preventative treatment to a total of 32,670 people, including 6,531 children and 135 pregnant women.

The next round of the campaign is scheduled for the end of September.

Located in the north of the Central African Republic, Batangafo has been the site of political, ethnic and religious tension for more than a decade. The security situation is still volatile and instability is expected to increase with the upcoming elections, scheduled for December 2020.

MSF has been working in Batangafo since 2006, supporting the Ministry of Health hospital and the surrounding areas by providing emergency medical care, surgery and maternity and paediatric care, as well as treatment for HIV/AIDS and tuberculosis, support for survivors of sexual violence, and mental health services.